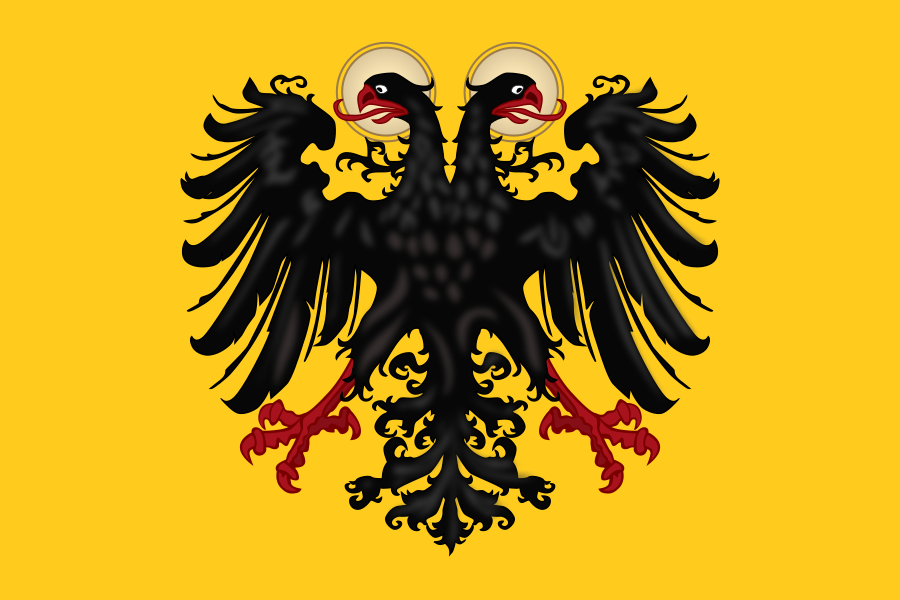 The Holy Roman Empire (Latin: Sacrum Romanum Imperium [*]; German: Heiliges Römisches Reich; HRR Heiliges Römisches Reich[*]; Italian: Sacro Romano Impero [*]) It was a multi-ethnic territorial complex empire that was formed in the early Middle Ages and developed in Central Europe until its dissolution in 1806. Among the territories constituting the complex of Holy Roman Empire, the largest state was the Kingdom of Germany, and other kingdoms included the Kingdom of Bohemia, the Kingdom of Burgundy, and the Kingdom of Italy. He crowned the three emperors and proclaimed the revival of the Western Roman Empire, which had been vacant for three centuries since its fall. The Western Roman Empire of Carolus lasted until the 8th century (it should be revised because it is 'until 888 and from 896 to 899' in the English Wiki). was cut off When Otto I was crowned emperor in 962 and claimed to be the heir of the Frankish kingdom, the Western European Empire was revived, and the empire continued for the next eight centuries. Some historians regard the coronation of Charles I as the beginning of the Holy Roman Empire, while others view the coronation of Otto I as the beginning. However, current scholars generally conclude that the institutions and principles that make up the Holy Roman Empire were not created all at once, but developed gradually. The term "Holy Roman Empire" did not exist until the 13th century. However, the concept of the emperor's prerogative to possess sovereignty, which is the supreme power inherited from the Roman emperor, was maintained according to the transfer of power theory. The Holy Roman Emperors were principally electoral monarchs, but they were usually dynasties and inherited from certain families. When the German Electors, the highest nobles of the empire, elected someone as "King of the Romans," the Pope then crowned the King of the Romans with the Crown of the Holy Roman Emperor. From the 16th century, however, the papal coronation tradition was almost cut off. Unlike the Kingdom of France, the successor of the Kingdom of West Frank, which developed towards centralization, the Holy Roman Empire developed into a decentralized, limited electoral monarchy consisting of hundreds of kingdoms, principalities, principalities, vassals, and free cities. The Holy Roman Emperor's power was limited, and the various dukes, marquis, counts, bishops, and mayors were nominally princes of the emperor, but enjoyed de facto independent status within their own territories. The Holy Roman Empire fell on August 6, 1806, when French Emperor Napoleon I formed the League of Rhine and Holy Roman Emperor Franz II declared the dissolution of the empire.

The Holy Roman Empire is called by different names in various languages, as will be described below. Prior to 1157 this "imperial" power area was simply called the Roman Empire. The word "holy" (Latin: sacrum; German: Heiliges; English: holy) has its origins in the use of the name of the country by Emperor Frederick I Barbarossa in 1157 as the Holy Empire. The name of the Holy Empire reflected Frederick I's ambition to rule Italy and the Papal States. The form "Holy Roman Empire" is attested from 1254 onward.According to an decree promulgated at the Reichstag in Cologne in 1512, the official name of the empire was the German Holy Roman Empire (German: Heiliges Römisches Reich Deutscher Nation). Deutsche Nathion[*], Latin: Imperium Roman