The final solution to the Jewish problem 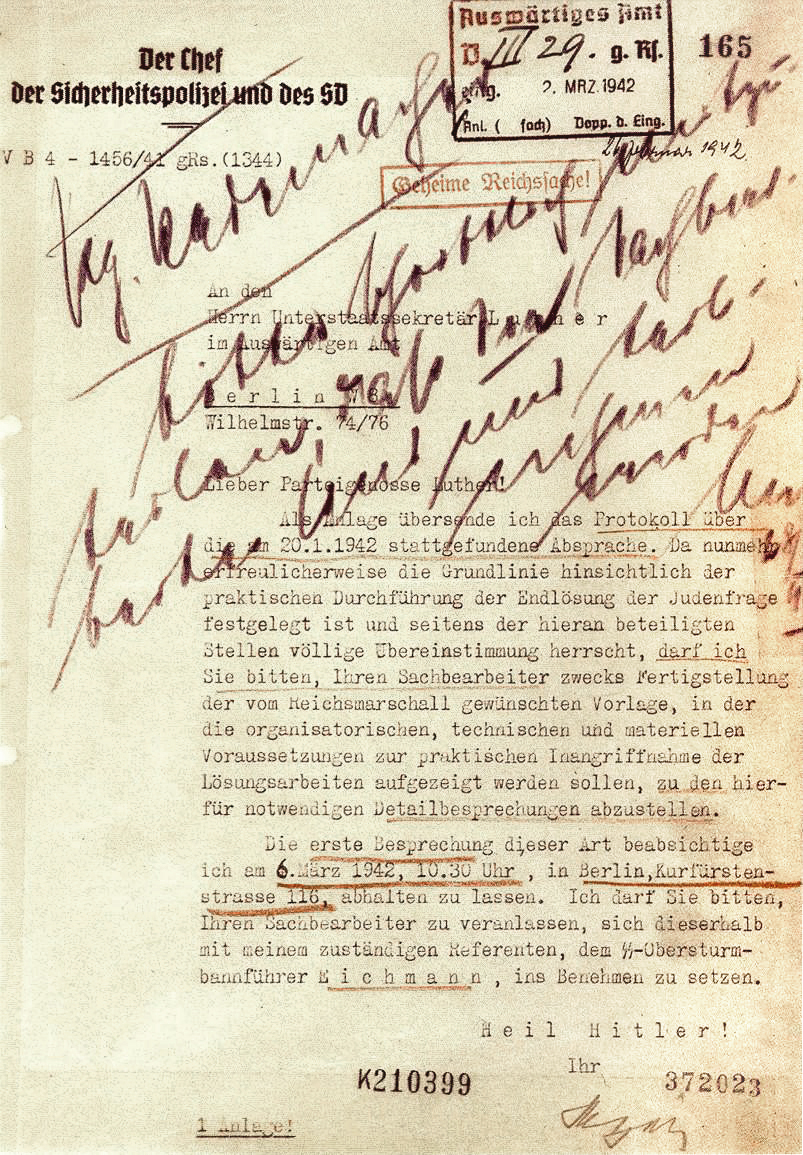 The Final Solution to the Jewish Problem (German: Endlösung der Judenfrage) refers to a plan to systematically exterminate Jews through genocide in Nazi-occupied Europe during World War II. This policy was embodied in the January 1942 Banje Conference, which ended in the Holocaust, in which 90% of Jews in Poland and two-thirds of Jews in Europe were massacred. Of all the studies of the Holocaust, no subject has been studied as much as the nature and timing of the decisions that led to the final solution. The final solution program gradually evolved during the first 25 months of the war to eventually "kill all Jews within German reach". According to Christopher Browning, most historians agree that the final solution is not made by a single decision made at a specific time. "The orthodoxy is that the decision-making process was long and gradual." According to Raul Hilberg's description, in the early days of the final solution, the murderers visited the victims in the Soviet Union and elsewhere, and in the later years victims were dragged away by the murderers from all over Europe and killed in concentration camps.

The term "final solution" was an euphemism used by the Nazis to refer to a plan to annihilate the Jews. Historians such as Mark Roseman have shown that German leaders tended to be extremely cautious when discussing final solutions. Such euphemism was "the normal way they talk about murder." It focused on the confiscation of money and property and recommendations for immigration to other countries. After the annexation with Austria in 1938, special offices were created in Vienna and Berlin, where it was carried out to "help" the immigration of Jews without hiding the imminent extermination plan. When the war broke out and the Nazis invaded Poland, 3.5 million Polish Jews were brought under the control of Nazi and Soviet troops, and from this point on, more barbaric persecution of Jews, including genocide, began. In German-occupied Poland, Jews were forced to live in ghettos. After the attack on the Soviet Union in June 1941, the German ruling class began to envision a plan to achieve the Lebensraum by exterminating Jews instead of forcibly deporting them. Heinrich Himmler, former SS imperial leader, led the design of what would soon be called "the final solution to the Jewish problem". On July 31, 1941, Marshal Hermann Göring sent a telegram to Reinhard Heidrich, head of the National Security Headquarters, directing him to submit specific proposals for the implementation of the proposed new objectives. The extermination of the Jews took place in two main ways. With the start of Operation Barbarossa in June 1941, special action units of the SS and Police Order were deployed to Soviet-occupied territories east of Poland and other Soviet countries with the goal of eliminating all Jews. Pursuing the fleeing enemy, Himmler stopped directly in Białystok in early July 1941, demanding that "all Jews be regarded as guerrillas" "in principle" behind the German-Soviet border. His new order gave SS and police officers full power to carry out genocide from behind the border. By August 1941, all Jewish men, women and children were shot.