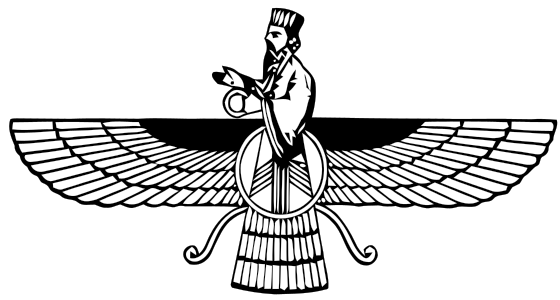 Zoroastrianism (English: Zoroastrianism), or Mazdaism, is an Iranian national religion. Its founding date varies from 1800 BC to about 640 BC. This religion was founded by Zarasustra in the Bactrian province of the Middle East. Zoroaster is the Greek word for Zarathustra. It spread throughout present-day Iran during the reign of King Darius I of Persia around 600 BC, and seems to have reached Greece as early as the 5th century BC. Zoroastrianism is characterized by dividing the world into a dichotomy between good and evil, centering on the creator god Ahura Masda. It gradually declined after the Islamic conquest of Persia in the mid 7th century.

Origin and spread of Zoroastrianism

The birth date of Zoroastrian Zoroastrian (real name Zarasustra Spitama), the founder of Zoroastrianism, is generally considered to be 660 BC. However, some scholars believe that it lived around 1000-1400 BC. Little is known about his life outside of legend. Zoroaster met the archangel at the age of 30 while living a wandering life. This archangel has informed me that the true God is Ahura Mazda and that you, Zoroaster, are his prophets. From this point on, Zoroastrianism began to preach the truth, and although he was sometimes treated like a madman and was imprisoned for two years, Zoroastrianism developed rapidly. There was a great war when Zoroaster was 77 years old, and it is said that he was killed by the enemy while standing before a holy fire. Zoroastrianism has a long history. After the 7th century, it was worshiped as the state religion or the state religion of a significant number of Iranians for several centuries before being gradually alienated from society by Islam. The political power of the pre-Islamic Iranian dynasties gave Zoroastrianism a great reputation in antiquity, and some of its main doctrines were adopted by other religious lines.

Zoroastrianism is generally used essentially synonymously with Mazdaism or Mazdaism. In Zoroastrianism, the creator Ahura Mazda is all good and no evil originates from it. Thus, in Zoroastrianism, good and evil have a clear source: evil (druj) seeks to destroy the creation of Mazda (asha), and good (善) seeks to perpetuate it. The most important texts of this religion are the texts of the Avesta, which have lost their importance, and only the most unique rites of worship survive. The lost part is known mainly from the 9th to the 11th centuries, only through references and brief quotations in later works.

Zoroastrians believe that there is only one universal and transcendent god, Ahura Mazda. He is ultimately referred to as the uncreated creator to which all worship is directed. This religion preaches that active participation in life through good thoughts, good language and good deeds is necessary to ensure happiness and prevent confusion. This active participation is a central element in the Zoroastrian concept of free will, and Zoroastrianism rejects all forms of monastic life. In Zoroastrianism, Ahura Mazda will ultimately triumph over the evil Angra Mainyu or Ahriman, at which point the universe will experience innovation and time will end.