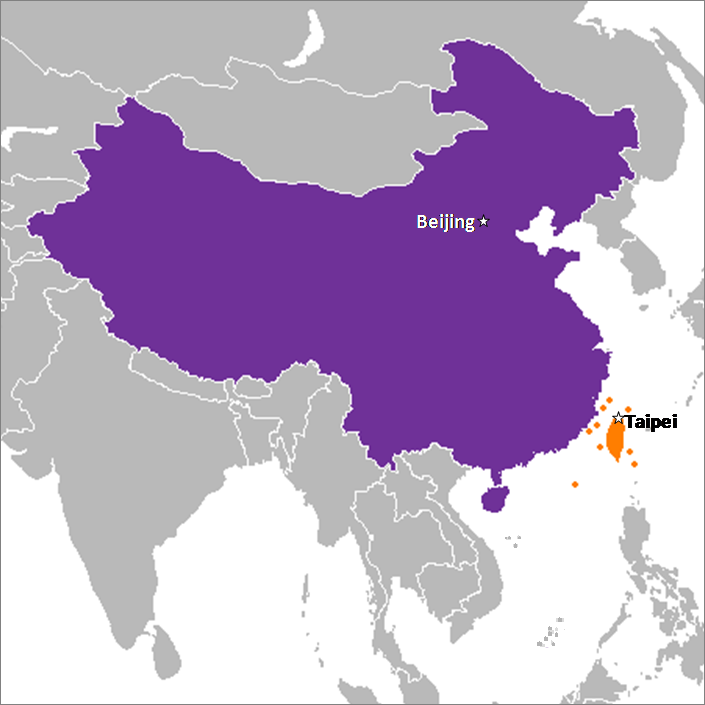 China (Simplified Chinese: 中国, Traditional: 中國, Pinyin: Zhōngguó Zhongguo[*], English: China China[*]) is a term used to refer to the People's Republic of China and the Republic of China. Originally, mainland China was one country until the Qing Dynasty, but since the victory and defeat in the Civil War in 1949, it became two countries. However, each country insists on one China and does not recognize the other. However, the United Nations recognizes only the People's Republic of China, which occupies an overwhelming population and territory, as a legitimate Chinese government.

Zhou (周) was originally a vassal state of the Shang dynasty, but at the end of the Shang dynasty, the tyranny of King Zhou (紂王) overthrew the Shang dynasty and seized hegemony. Spring and Autumn Warring States Period The Spring and Autumn Period: A period in which the various princes of the Zhou Dynasty respected the Zhou royal family and fought for their respective powers The five kingdoms of Wen Gong, Cho, Zhang, Wu, Hali, and Weol, Gucheon, are called the Five Kingdoms of Spring and Autumn. The Warring States Period: The period when even the loyalty to the Zhou royal family began to weaken.楚) named the kings one after another and ran for the sole purpose of unifying the world. Qin (221 B.C. - 207 B.C.E.): Among the seven warlords, the Qin Dynasty destroyed the Zhou royal family and six other kingdoms and unified China. Han (206 B.C. - 9 A.D.): Rebellion in various places due to excessive rule and tyranny of the Qin dynasty. After that, the Qin dynasty was destroyed, and Xiangyu of Chu and Liubang of Han clashed. The Han Dynasty was the first country to be known in the West as a centralized country that had been in power for over 200 years. It is called Jeonhan to distinguish it from the Han dynasty (later Han), which was established in the 25th year. New (9 years - 23 years): A country established by Wang Mang, who was an outlier of the Han Dynasty (Jeonhan), usurped the throne, but the rapid reform did not gain popular support and was destroyed by rebellion in various places. Later Han (25 - 220): As the successor to the Han Dynasty (the former Han), it maintained a unified state again, but it was greatly weakened by eunuchs and external forces after the fire. Three Kingdoms Period Wei (魏): A nation that was directly inherited by the emperor of the late Han Dynasty and occupied the central region. A state founded by Cao Cao. Cao Cao's son Cao Pi overthrew the lavish emperor of the late Han Dynasty and proclaimed himself emperor. After that, Cao Ye , Joe