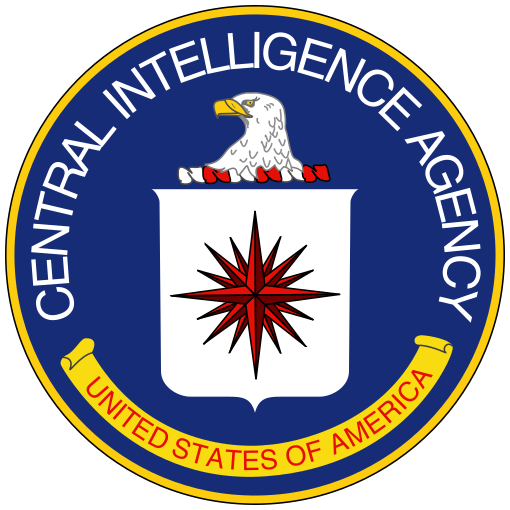 The Central Intelligence Agency (中央情報局, English: Central Intelligence Agency, CIA) is one of the US intelligence agencies. duty to report to Its headquarters are located in Langley, Virginia, USA. The CIA mainly deals with HUMINT (collection of information through human networks such as agents and collaborators) collected by intelligence officers, operatives, and spies. The CIA was established in 1947 based on the Office of Strategic Service (OSS), which was active during World War II. The budget is estimated at $2.8 billion in 1986 and $3 billion in 1994. The CIA consists of four departments: the Administration Department, the Intelligence Department, the Operations Department, and the Science and Technology Department. It is the largest of the two intelligence divisions. Intelligence analyzes and produces information. The Duchess is a place in charge of secret operations, intelligence gathering, and counterintelligence. The Ministry of Science and Technology has served as a midwife for the SR-71, which was the world's fastest reconnaissance aircraft, and the U-2 reconnaissance aircraft still in use today, as well as various reconnaissance satellites.

The CIA was founded in 1947 by President Harry S. Truman as a successor to the Office of Strategic Affairs (OSS) during World War II.

Until recently, the entire U.S. intelligence agency budget was kept secret. There have been many attempts to find out the budget, and in some cases it was made public by accident. For example, Mary Margaret Graham, a former CIA agent and deputy director of the DNI in 2005, said the annual budget of the intelligence agency was $44 billion.[1]

The CIA director is at the ministerial level and, if nominated by the president, must be confirmed by the Senate. The second-in-command deputy director of the CIA oversees internal administration. The Director mainly oversees the work of the DNI, the White House, and Congress, while the Deputy Director actually oversees the internal affairs. The third-generation chief operations officer is not a politician, but a person who has been promoted to the highest position among orthodox CIA agents. He is the Director of the CIA Secretariat. The National Intelligence Service, which benchmarked the CIA, has three deputy chiefs under the ministerial-level director, and there are 1st and 2nd bureaus under them. On the other hand, the CIA has three officers: a director, a deputy director, and a chief, and there are six bureaus. In March 2018, President Trump appointed CIA Director Mike Pompeo, a Republican congressman from Congress, as Secretary of State, and promoted Gina Haspel, the first female deputy director in CIA history, to the first female CIA director. He was promoted from the director of the CIA operations bureau, which oversees CIA spies on secret operations around the world, to the deputy director and director. CIA Executive Office This is the department to which the top three bureaucrats belong, and serves as the head of all the CIA. Leading the U.S.-CIA joint venture is also one of its main missions. The Director of the Central Intelligence Agency (D/CIA) The Deputy Director (DD/CIA) The Chief Operating Officer (COO/CIA)The Directorate of Digital Innovation, the most recent organization, was kept secret until around May 2015. It is the department that innovates and accelerates the pace of the CIA's development in a more efficient way in its mission. Oversees all tasks related to cyber warfare within the CIA. The Directorate of Analysis