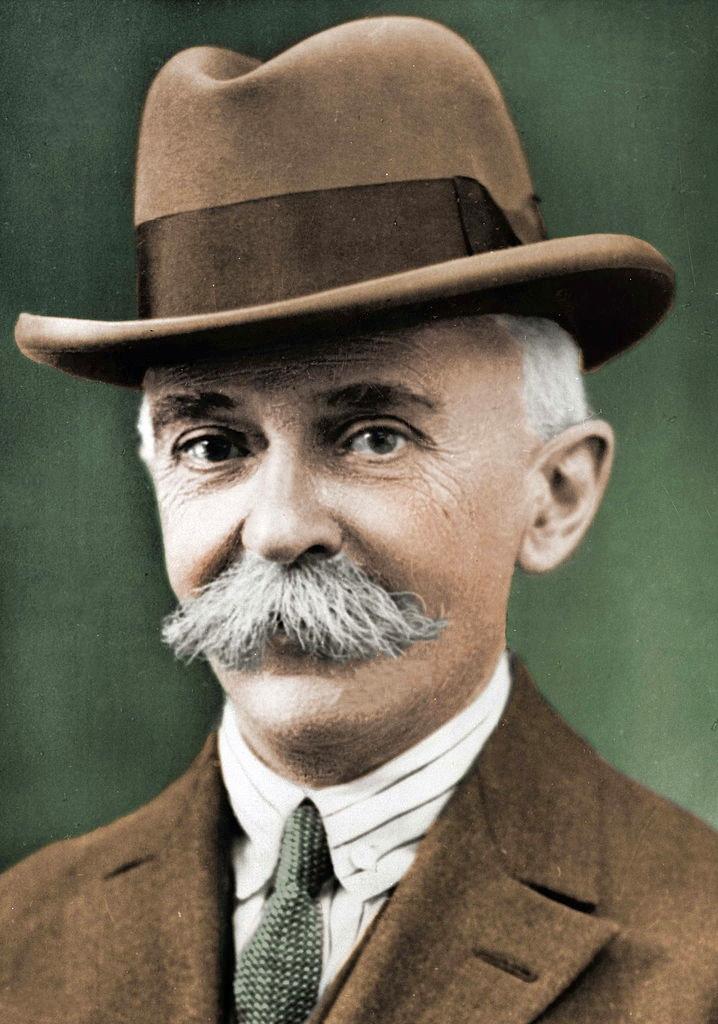 Pierre de Frédy (French: Pierre de Frédy, Baron de Coubertin; 1 January 1863 – 2 September 1937) was a French educator and founder of the modern Olympic Games. Around the time of the outbreak of the French War, he was studying in England and the United States with the will to innovate in education. Around that time, the successful excavation of the ruins of Olympia by German archaeologists revealed the full story of the ancient Olympic Games. He thought that by reviving this competition, young people from various countries would join the Olympics to contribute to world peace. He widely publicized his views in 1892, and in 1894 organized the International Olympic Committee and became its chairman. Thus, the first Olympic Games were held in 1896 in Athens, a historic city in Greece. He then organized the International Association of Pedagogical Studies, where he was elected honorary president for life. His books include 'Education in England', 'On Sports Pedagogy', 'Olympic Memoirs', 'Sports Psychology', and 'Axiomatic Gymnastics'.

Pierre de Freddie was born in Paris to an aristocratic family. He was the third child of Charles Louis de Freddie and Agatgabriel de Mirville. He spent many of his summers near Le Havre, Normandy, where his own family originated. His father, a painter, and mother, a musician, strived to raise children with a noble spirit, instilling young Pierre into the importance of education. Coubertin refused any military or political career planned for him by his family. Instead, he was determined to revive the French education system by engaging himself with education. He believed that education was a factor into the future of society.

Coubertin was an active sportsman and practiced boxing, fencing, horseback riding, rugby and several other sports, including rowing. He believed that sport was the main point for the development of human character and through the athletic spirit to develop moral vitality. He therefore saw sport as an important part of the personal development of young people and a key part of the general education strategy for France. He was inspired by visits to universities in Germany, England and the United States, where he witnessed physical education as a component of school activities. He was particularly fond of rugby and was referee on 20 March 1892 at the first and last French Rugby Union Championships between Racing 92 and the Stade de France. His attempts to arouse greater interest and educational innovations in physical education and sports met with little enthusiasm in France. However, he continued to work towards his goal and founded the French Sports Society. He never achieved greater success in educational innovations.

Birth of the Olympic Idea

Coubertin envisioned international competitions in promoting the sport. The growing interest in the ancient Olympic Games, supplied by archaeological excavations at Olympia, gave birth to a plan to revive the ancient Games. At a meeting of the Sports Federation in Paris in 1892, the Coubertin was announced as an engineering plan. - "Let's export our rowers, our runners, our fencers to other lands. It is the true free trade of the future, and the day the cause of peace is introduced to Europe will receive a new and strong ally. Inspire another step suggested by you,