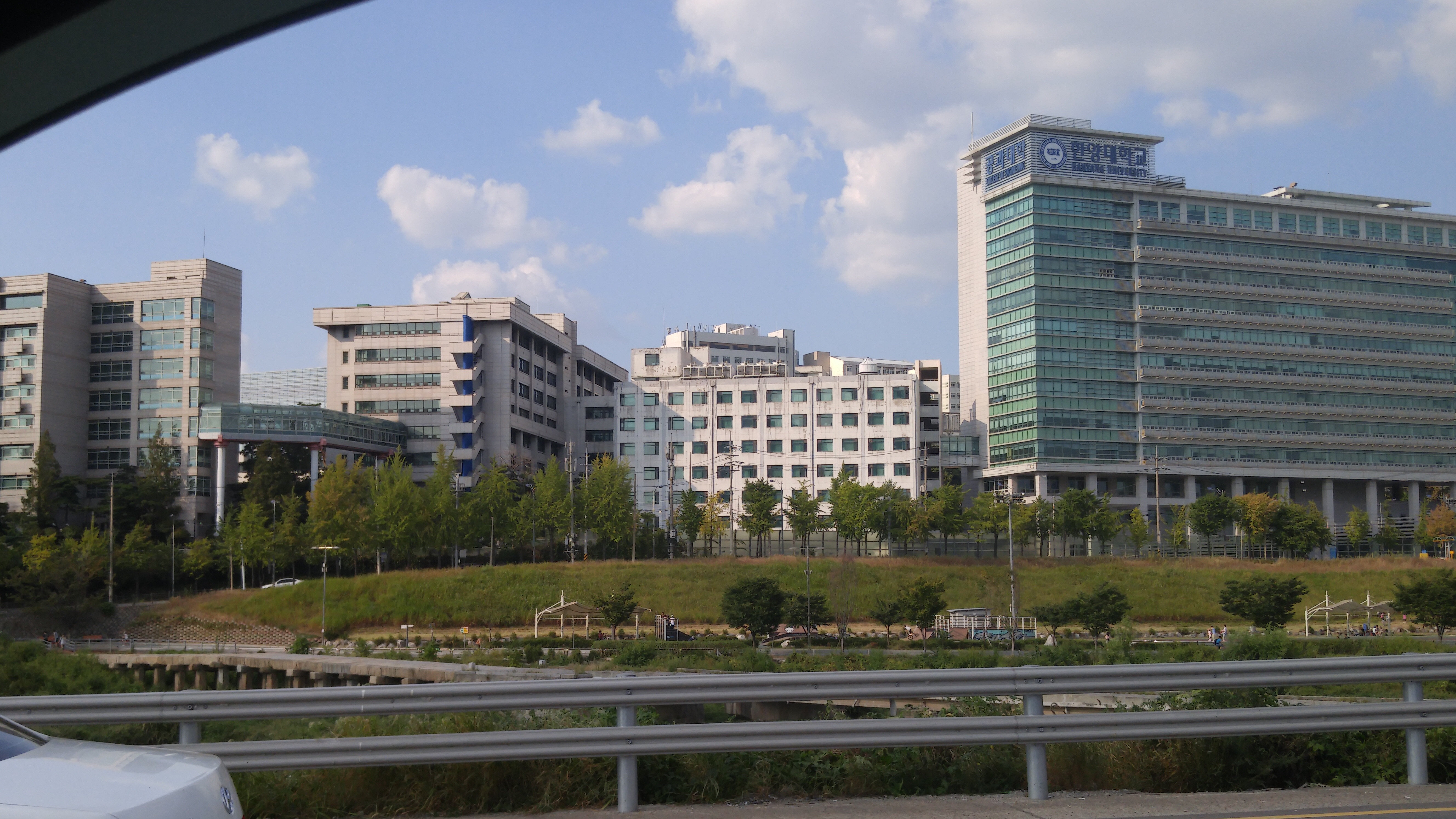 Hanyang University (Hanyang University) is a private university composed of the Seoul campus spanning Haengdang-dong and Sageun-dong, Seongdong-gu, Seoul, Korea and the ERICA campus, located in Sadong, Sangnok-gu, Ansan-si, Gyeonggi-do. In July 1939, Kim Yeon-jun established the Dong-A Institute of Technology, and in 1941, it was authorized as the Dong-A Institute of Technology. With the liberation of Korea on August 15, 1945, the name of the school was changed to Konkuk Technical School. In 1959, when it was reorganized into a comprehensive university, the name was changed to the current name. As of 2009, it is conducting international exchanges with 151 schools in 30 countries, including sisterhood ties, dual degree and exchange students. Departments related to science and engineering, humanities, medical arts, and arts and sports are comprehensively organized, and 7 strategic departments and faculties are being operated. Industry-academia-research collaboration courses that link research institutes with large corporations in and outside Korea are established, and a law school with a capacity of 100 students is opened. There is the Asian Research Network Division of the Institute of Physics and Chemistry, and in 2009, Japanese Prime Minister Taro Aso visited.

The chronological classification in this paragraph follows the classification of the university archives. Dong-A Institute of Technology, founded in July 1939 by Kim Yeon-jun (died January 7, 2008 at the age of 93) in Seodaemun-gu, Seoul, is a private university. In 1941, it was promoted to Dong-A Higher Technical Institute, a vocational school, and with liberation, the name was changed to Konkuk Technical School. did. After the Korean War, after the restoration of Seoul, the current school site, 17 Haengdang-dong, Seongdong-gu, Seoul, will be built. In 1959, Hanyang University of Technology was promoted to a comprehensive university according to the Education Act and promoted to its current name, and Dr. Yeonjun Kim was inaugurated as the first president. In 1978, Banwol Campus was established in Banwol Industrial City in Gyeonggi-do (currently, Sa3-dong, Sangnok-gu, Ansan-si, Gyeonggi-do). In 1995, Guri Hospital affiliated with the Medical College was opened in Guri-si, Gyeonggi-do. In 2009, the name of the Ansan campus was changed to ERICA (Education Research Industry Cluster at Ansan), which means a cluster-type industrial university. As of February 2019, Kim Woo-seung is the 15th president.

The period from the inauguration of the first Yeonjun Kim to the time of promotion to Hanyang University is called the growth period. In 1948, Kim Yeonjun took office as the first president of the corporation, and after that, several departments were reorganized and an affiliated secondary teacher training center was established. Classes at the bridge school in Wanwol-dong, Busan, along with the Korean War that broke out in 1950