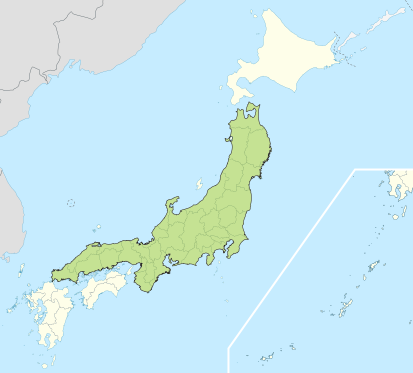 Honshu (Japanese: Honju) is the largest island in Japan. Hokkaido is bordered by the Tsugaru Strait to the north, and Shikoku is bordered by the Seto Inland Sea to the south. Kyushu lies across the Kanmon Strait to the southwest. Honshu is the second most populous island in the world and the seventh largest in area. The combined area of ​​the main island of Honshu and its annexed islands is 227,943 km², which occupies three-fifths of Japan’s total area, which is 2.2 times the size of the Republic of Korea and similar to the combined area of ​​South and North Korea (223,477 km²). The population is about 103 million, twice that of the Republic of Korea.

To the west and north, it is an archipelago of Gungsang Island that surrounds the East Sea in an arc, and it is about 1,300 km long. Except for Honshu, in Hokkaido, Okinawa, and the Ogasawara Islands, Honshu is also called Inland.

Honshu occupies 60% of Japan's total area and 81.6% of Japan's total population. As the population is high, it plays a central role in Japan in almost all fields such as politics, economy, culture, education, and transportation. It is connected to the three major islands of the Japanese archipelago (Hokkaido, Kyushu, and Shikoku) except for Honshu by bridges (Seto Bridge - Shikoku) and tunnels (Seikan Tunnel - Hokkaido, Kanmon Tunnel - Kyushu). The northernmost point is Omazaki in Oma Town, Shimokita County, Aomori Prefecture. The southernmost point is Cape Shionomisaki in Kushimoto Town, Higashimuro County, Wakayama Prefecture. The easternmost point is Todogasaki, Miyako City, Iwate Prefecture (142 degrees east longitude 4 parts). The westernmost point is Bisanohana in Shimonoseki City, Yamaguchi Prefecture.