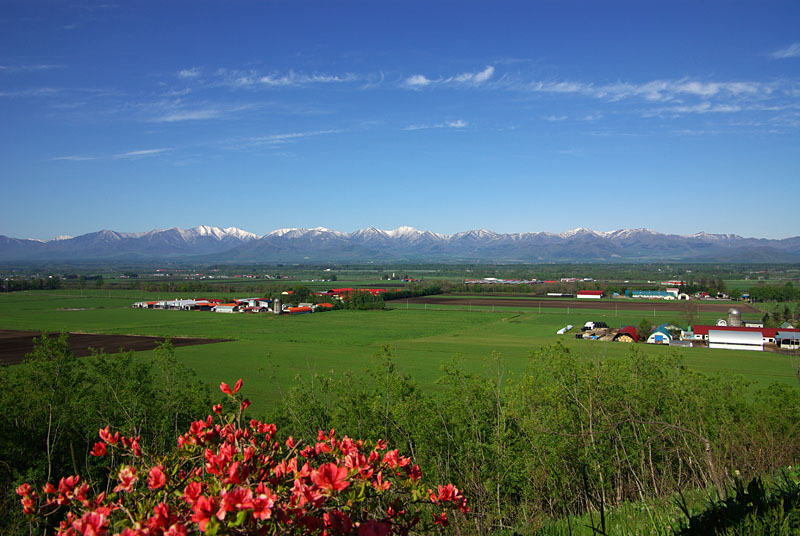 Hokkaido (Japanese: Hokkaido, ほッカイどう) is a province located in the Hokkaido region of Japan. As one of the four main islands (Hokkaido, Honshu, Shikoku, and Kyushu) that make up the Japanese archipelago, it is an island located in the northern part of Japan. did. The capital city is Sapporo. It is the only province among 47 prefectures, and according to the Brand Research Institute, it ranked first in the attractiveness ranking of the prefectures for 11 consecutive years as of 2019, and ranked first in the tourism industry and purchase motivation, and third in the desire to live. They are highly regarded for their motivation.

The names of the provinces such as Saikaido, Nankaido, and Tokaido of Kokishichido established in the late 8th century were imitated, and the name was named after Matsuura, who explored Ezo at the end of the Edo period. Known as Takeshiro. Matsuura's interest in Ezo was so deep that he named Aho "Hokkaido people." In 1889, he named six different names to replace Ezō: Hokkaido, Kaihoku, Kaito, Tohoku, Chishima, and Hidakami. proposed a candidate. In his opinion, Matsuura explains that kai (加伊) is the name given to the island by the indigenous Ainu people. This kai was changed to kai with the same pronunciation, and the name of Kokishichido was imitated and the name Hokkaido was established. As described below, the local administrative agency that had jurisdiction over Hokkaido from 1886 to 1947 was the Hokkaido government. In this case, “Hokkaido” is a simple regional title, and “Hokkaido Office” is side by side with “Tokyo Prefecture” or “Aomori Prefecture”. It is the name of the government office that was placed (same as the relationship between Gakhalin and Sakhalin Office). This "Hokkaido Office" is not the central government office of the local government currently used. Although it became a local government with a council called “Hokkaido”, it was called “Hokkaido Local Bi” as a local government. The Hokkaido Local Secret Law was abolished and the system was integrated into a prefectural system. In addition, according to the supplementary provisions of the revised law, the local government previously called "Hokkaido Regional Secretariat" was decided to be called "province". The Hokkaido Office as a local administrative agency was abolished along with the 'Hokkaido Office Control' by the enforcement of the Local Autonomy Act in 1947, and became Hokkaido as a common local public organization based on the same law.

With an area of ​​77,983.9 km², the main island of Hokkaido is the second largest island after Honshu in the Japanese archipelago and the 21st largest in the world. It is smaller than Iceland, but larger than Sakhalin. It is connected to the southern part of Honshu (Aomori Prefecture) by the Tsugaru Strait, but connected through the Seikan Tunnel. It borders Russia's Sakhalin Island across the Soya Strait to the north, and the Kuril Islands to the east. It is bordered by the East Sea to the west, the Pacific Ocean to the southeast, and the Sea of ​​Okhotsk to the northeast. The flat mountain areas occupying a large area are flatlands with an elevation of 300 m or less, and the remarkably developed coastal terraces are great features of Hokkaido's topography. It is largely divided into Chubu and Southwest by the line connecting Sapporo City and Tomakomai City as the boundary.