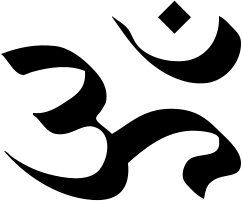 Hinduism or Sanatana Dharma (Sanskrit: सनातन धर्म) is an Indian polytheistic religion based on Indian mythology and Brahmanism. Hinduism is called Pan-Taoism because the word “Hindu” is derived from the Sanskrit name “Sindhu” (大河) of the Indus River, and has the same etymology as India. When we say Hinduism, we mean a whole range of complex and diverse traditions, from folk and Vedic Hindu traditions to Bhakti traditions such as Vishnu. It also includes general social norms such as daily moral life and Hindu marriage customs based on yoga traditions and karmic concepts. Hinduism is the third largest religion in the world after Christianity and Islam, and the number reached 940 million as of 2005. The origin of Hinduism stems from the ancient Indian religious ideas of Veda and Indian mythology, which date back to before 1500 BC. The Veda, both as a religion and in writing, is considered to be the oldest of the literature surviving today. Hinduism is a polytheistic monotheism (alternative theism or monotheism) that does not deny the existence of several gods.

The English name "Hinduism" translated as "Hinduism" is a name given arbitrarily to the religion of India when Britain colonized India. Originally, Hindus did not call their religion Hinduism, but called it Sanātana Dharma, meaning Eternal Dharma (law). The Sanskrit word sanathana dharma refers to the basic tenets of Hinduism. Sanātana means eternal and Dharma is translated as law or law. Hinduism is a generic term for the characteristics of Indian culture including religion in the West. Thus, in the broadest sense, Hinduism includes all Indian religions. However, in a general sense, Hinduism excludes foreign religions such as Islam, Zoroastrianism (especially Parsiism), and Christianity, and also excludes Buddhism and Jainism among the indigenous religions of India. In the narrowest sense, Hinduism refers to the Vedic Hindu tradition that once retreated with the advances of Buddhism and Jainism, that is, Brahmanism, which emerged as a new religious form around the 8th century. It refers to all of the various and complex traditions, excluding the above other religions, down to the Bhakti traditions such as Vishnu. Hinduism in this general sense also includes yogic traditions, as well as social general norms such as daily moral life and Hindu marriage customs based on the concept of karma.

Hinduism originated in ancient India. The Vedas, the main scriptures of Hinduism, were established around 1500 BC and written in Vedic Sanskrit.

It was spread to Nepal and Indonesia near India before modern times, and in modern times, it spread to all over the world according to the migration of Indians. Many gods and major ideas of Hinduism had a great influence on Buddhism, and with the spread of Buddhism, the myths and legends of Hinduism were also spread. Nepal designated Hinduism as the state religion in 2008, but since 2015 it has become a non-state religion due to democratization. India recognizes freedom of religion, but many people