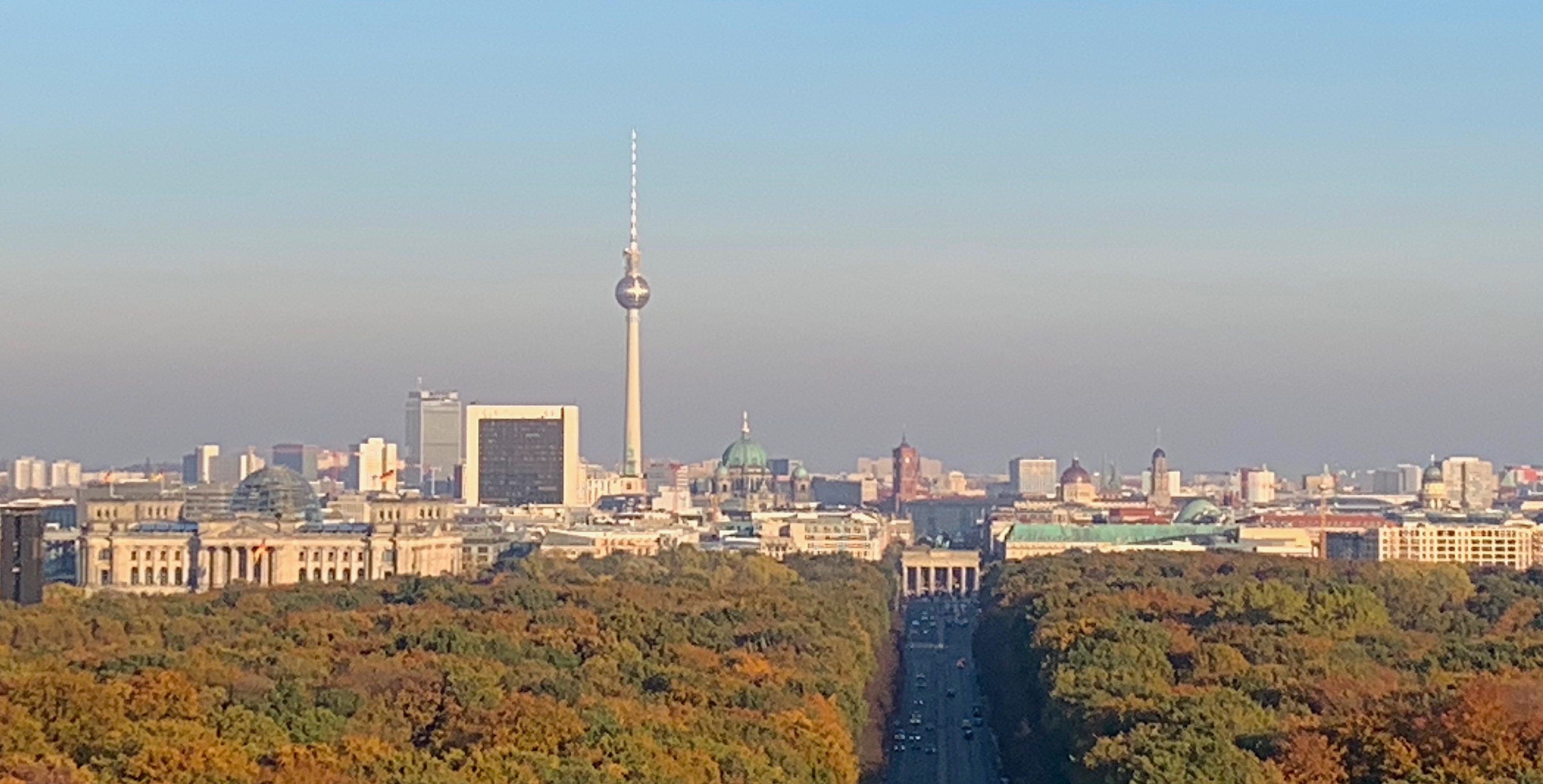 Berlin (German: Berlin) is the capital of Germany and, as a city-state, a federal state of that country. With 3,664,088 inhabitants (31 December 2020), Berlin is also the largest city in the country. In addition, Berlin is the largest city in the European Union. The city is located in the northeast of Germany, on the river Spree. 22% of Berlin consists of nature and parks and 6% of lakes, rivers and canals. It is enclosed by the state of Brandenburg. In its history, dating back to the thirteenth century, Berlin was the capital of Prussia (1701–1918), the German Empire (1871–1918), the Weimar Republic (1919–1933), and Nazi Germany (1933–1945). After World War II, Berlin was a divided city for more than forty years, with the eastern part serving as the capital of the GDR and the western part a de facto exclave of West Germany. After German reunification in 1990, Berlin became the capital of the Federal Republic of Germany and the seat of the parliament, the federal state representation and the head of state. Berlin is a metropolis and is considered one of the largest cultural, political and scientific centers in Europe. The city is known for its highly developed cultural life (festivals, nightlife, museums, art exhibitions, etc.) and its liberal lifestyle and modern Zeitgeist.

Foundation and development in the Middle Ages

Originally, Berlin consisted of two cities: Berlin and Cölln. The name Berlin may have been derived from the Slavic word 'berl', which means swamp. Colln is derived from Colonia. This may mean a colony of Berlin, but it could be a reminder of the first inhabitants of their city of origin, namely Cologne. Around 1230 the Counts Johan I and Otto III founded the city of Berlin-Cölln. The deeds of the foundation have not been preserved. The first time they are mentioned is 1251 for Berlin and 1261 for Cölln. In 1307 the two communities decided to merge and in 1400 the places had a total of about 8000 inhabitants. There must have been habitation before the city foundation. On the Petriplatz in the Mitte district, remains of a wooden beam were found in 2008, coming from an oak that must have been felled in 1192. Both city districts concluded a treaty in 1307 for better and more far-reaching cooperation, but both parts kept a separate administrative council. Close cooperation was an absolute necessity in the turbulent times that followed. The city was seen as a unity and formed a strong stronghold during the time when new rulers from Bavaria, among others, had their eye on Berlin-Cölln. Villages in the north and south of the city were bought up and added to the city and Berlin-Cölln became the Hanseatic city. From 1319 there was a long and bloody battle for the Brandenburg area by various royal houses. In 1411 the population begged the emperor of the Holy Roman Empire for help. In 1415 Frederick of Hohenzollern was appointed Elector of Brandenburg by King Sigismund at the Council of Constance; this marked the beginning of the 500-year rule by the Hohenzollern dynasty.

The most famous street in Berlin was designed as early as 1647. In order to achieve a better connection with the Tiergarten, an avenue with six rows of linden and walnut trees, Unter den Linden, was created from the Hundebrücke. When the fortifications were built in 1673, the avenue was moved to its present form. The coronation of Elector Frederick III to King Frederick I of Prussia in 1701 gave Berlin the status of capital of Prussia, a role it took over from the city of Königsberg. At the end of the nineteenth century, rapid economic growth (thanks to Germany's industrialization) led to an increase in the urban population. Between 1819 and 1840 the population grew from 201,000 to 328,000 and new housing was therefore needed. The single unbuilt