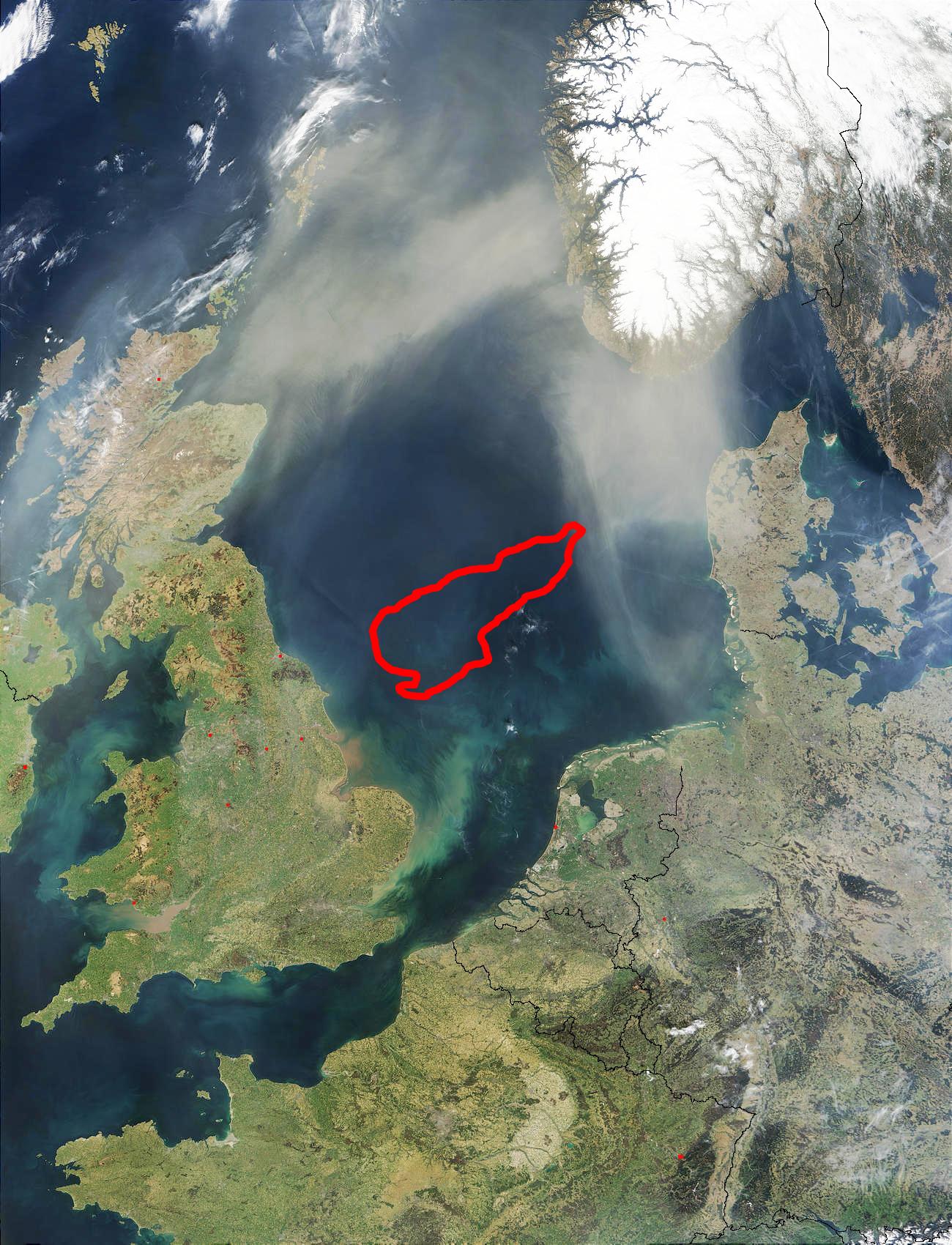 The Dogger Bank (also Dogger Bank) is a shoal in the North Sea, east of Northern England. The sandbank is located northwest of the Netherlands. The designation 'dogger' is derived from the Middle Dutch word 'dogger', which meant fishing boat, especially for cod fishing. The bank is almost 300 kilometers long and is located in the British, Danish, German and Dutch parts of the continental flat. It originated during the last ice age. The Dogger Bank rises from approximately 40 meters deep water to 13 meters below sea level, and is therefore approximately 27 meters high. The bottom consists largely of sand. To the north of it are the Fladen grounds.

Dogger Bank as an island

Due to its relatively higher location than the immediate vicinity after the last glacial (Weichselien), the sea level rise caused the Dogger Bank to become one (or more) island(s) for some time. Due to continuing sea level rise, this island area disappeared under water during the Early Holocene. It is often thought of the Dogger Bank that due to the rise in sea level, many animals that would have lived on the islands could no longer escape and drowned en masse. The many bones of land mammals found by fishermen are said to testify to this. Biologically and geologically, however, this is a very unlikely scenario. Animals that have lived here will have moved with the retreating coast. The animals that may have been left behind on islands will have disappeared due to lack of food. Some species, such as the woolly mammoth, could swim like all elephants and may have moved from the islands to the mainland in this way. The local occurrence of many fossil bones can be well explained taphonomically. The originally scattered bones were subsequently concentrated by the wave action of the sea. This is a general but local phenomenon, which makes it seem that a lot of animals have died in the area in question. That is only apparently the case.

TenneT's plans for an artificial island on the Dogger Bank

In June 2016, TenneT presented plans to construct an artificial island of several square kilometers on the Dogger Bank to support the construction of wind farms in the area, with a combined generating capacity of 9,000 megawatts. The island could also serve as a switching point for power cables between the high-voltage networks of the various North Sea countries, including the Netherlands, Denmark, Germany, England and Scotland. The technical installations on the island would serve for the distribution and storage of wind energy as well as for electricity