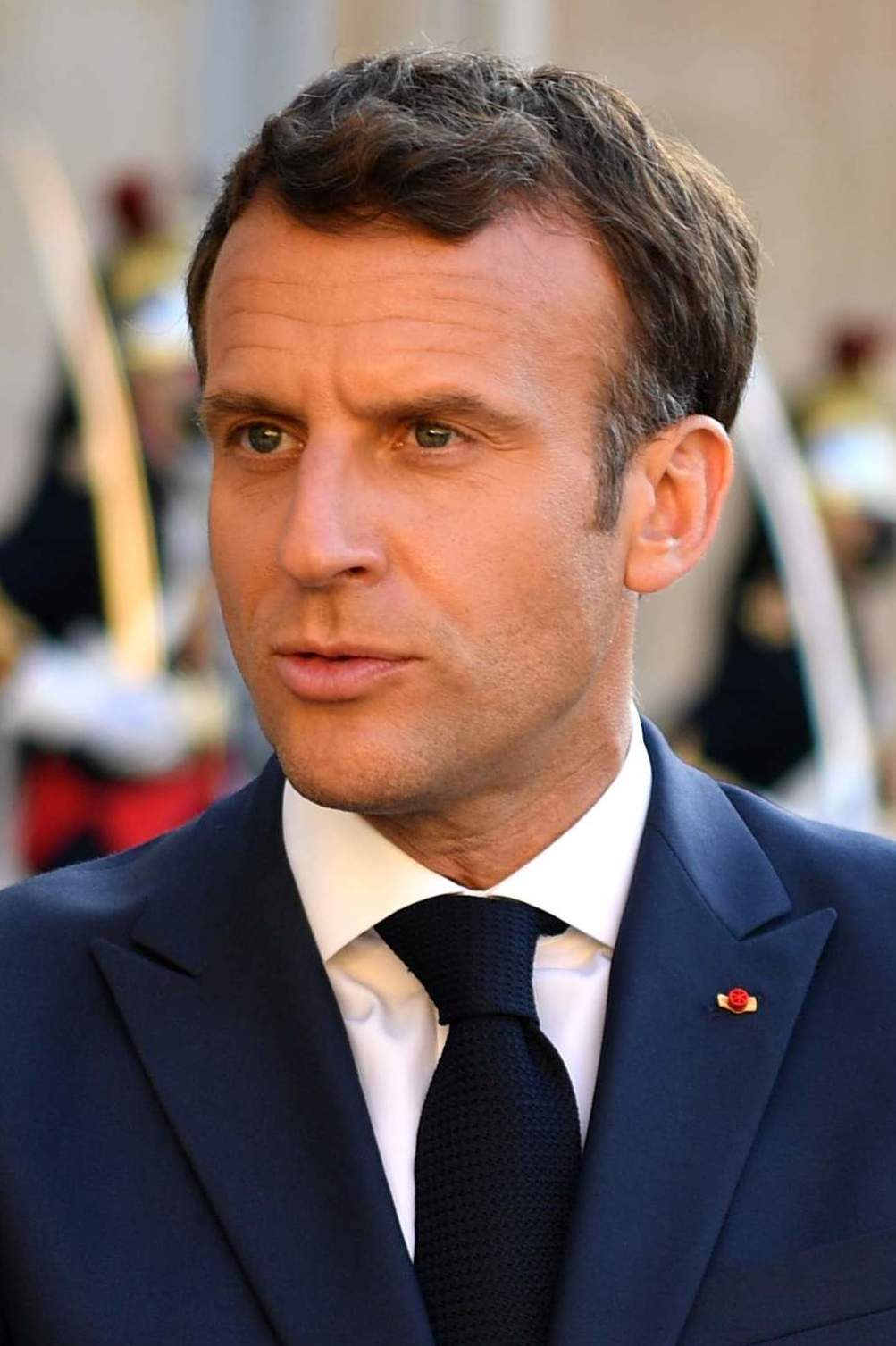 Emmanuel Jean-Michel Frédéric Macron (born 21 December 1977 in Amiens) is a French politician. He has been President of France since May 14, 2017. He is considered social liberal by most observers. From August 26, 2014 to August 30, 2016, he was Minister of Economy, Industry and Digital Economy in a government led by Prime Minister Manuel Valls (PS). On May 7, 2017, he won the French presidential election, against Marine Le Pen of the Front National, with 66.1% of the vote. He was 39 years old when he took office, making him the youngest French president ever. On April 24, 2022, he won the presidential election with 58.55 percent of the vote. The opponent was once again Marine Le Pen. By virtue of his position, Macron is also co-prince of Andorra.

Macron's parents were both doctors in Amiens. His maternal grandmother was a school principal in the Pyrenees and she, according to her, gave him a left-wing conviction. He was educated at a Jesuit college in Amiens and at the famous Lycée Henri-IV in Paris, where he was one of the best students every year. He was baptized Catholic and confirmed on his own initiative when he was twelve. He passed the entrance exam of the Institut des Sciences Politiques (known as Sciences Po). At the same time, he studied philosophy at the University of Paris-Nanterre. He obtained a master's degree in philosophy with his thesis La Représentation de l'histoire chez Machiavel and subsequently a Diplôme d'études approfondies (DEA) with a thesis on L'Intérêt général: lecture et principles de la philosophie du droit de Hegel. In 1999-2000 he became 'editorial assistant' to the philosopher Paul Ricoeur and provided the scientific apparatus (footnotes, bibliography, etc.) for his last major book La mémoire, l'histoire, l'oubli. He failed twice the written entrance exam of the École Normale Supérieure in Paris. After graduating from Sciences Po in 2001, he studied from 2002 to 2004 at the École nationale d'administration (ENA), the advanced training course for senior civil servants. He was part of the so-called promotion (joint graduate class of students from a given field of study in French higher education, which is sometimes named after an inspiring public person, in this case after) Leopold Sedar Senghor.

As an ENA graduate, he immediately started working at the Inspectorate of Finance, one of the most influential parts of the French state apparatus. He chose the left politically. Initially, he was a supporter of the dissident socialist Jean-Pierre Chevènement, whom he voted for in the 2002 presidential election. In 2006 he joined the Parti Socialiste (he remained a member until 2009) and got to know the then party leader François Hollande. In the parliamentary elections of 2007, he tried to become a socialist candidate for a seat in his native region of Picardy, but received no support from the local PS. That setback and the election of right-wing candidate Nicolas Sarkozy as president, in his own words, prompted him to leave public service and go into business. In 2007, he became a deputy reporter for the 'Commission Attali', an expert group set up by President Nicolas Sarkozy to formulate proposals to promote economic growth. Although the proposals he supported were liberal, Macron remained on the left. He declined an offer to work in Prime Minister François Fillon's cabinet. In 2008, he entered the Inspectorate of Finance (he would not formally resign as a civil servant until 2016) to work for the French investment bank Rothschild & Cie. After a few years he became a partner and then co-manager of