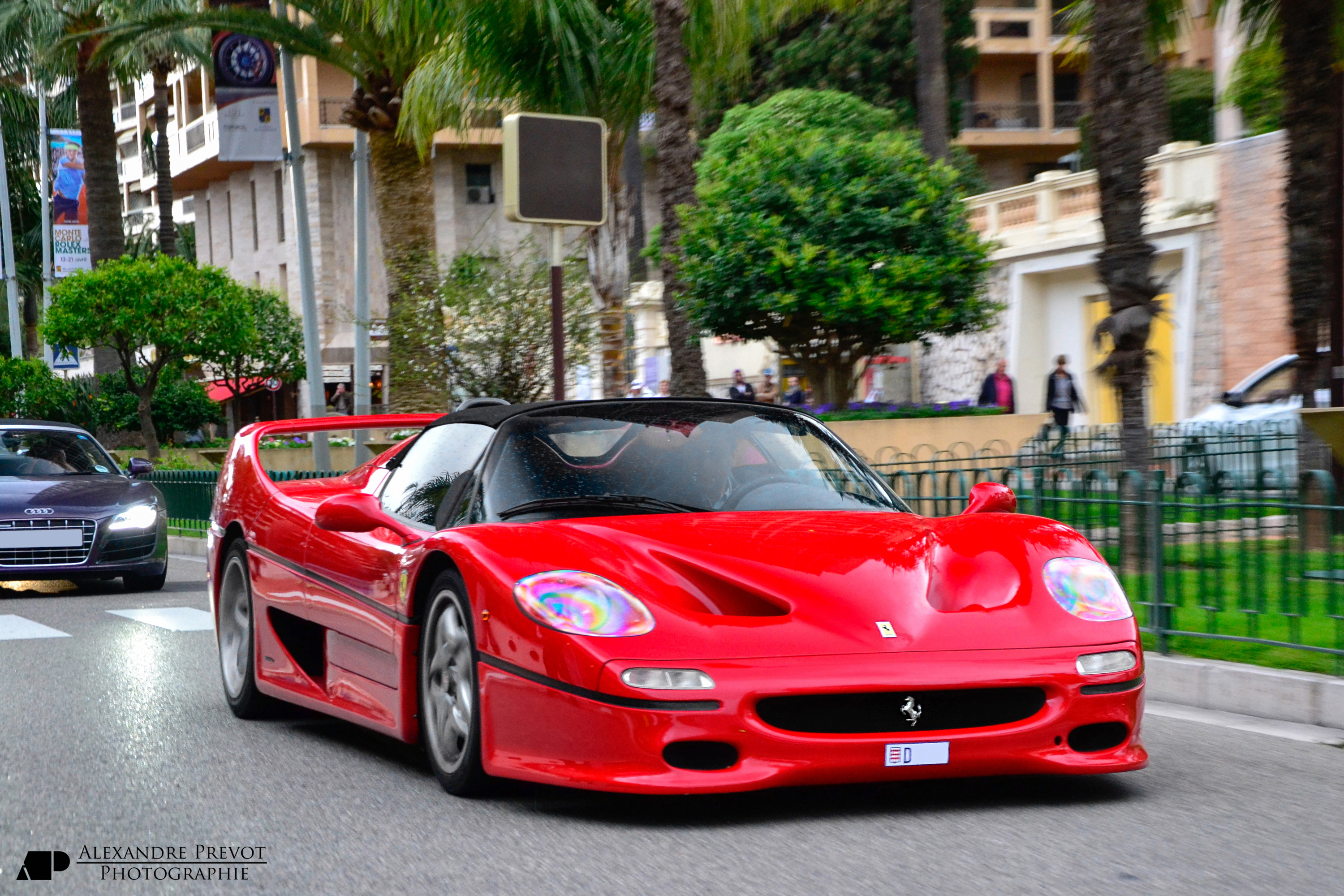 The Ferrari F50 is a super sports car from the Italian car brand Ferrari. The F50 was introduced in 1995 as the successor to the F40, to celebrate the 50th anniversary of the car brand. The car was built on the basis of Formula 1 techniques, using the knowledge that the brand had acquired over fifty years from its racing division Scuderia Ferrari. The model was produced in a limited series of 349 units for two years. Due to its advanced engineering and limited run, the F50 is sought after by enthusiasts and collectors alike and has gained a prominent place in Ferrari's historic line of super sports cars. In 2002, five years after the last F50 was built, the Ferrari Enzo took over its position with the same philosophy: a sports car for road use that resembles a Formula 1 car as closely as possible.

In the autumn of 1989 - when production of the Ferrari F40 was still in full swing - Piero gave Ferrari the impetus to think about a new super sports car. Given the success with which the F40 had marked the sports car manufacturer's fortieth anniversary, it was clear to him that a successor was needed to celebrate the 50th anniversary of Ferrari S.p.A. to add listen. Ferrari could also use a positive impulse after the death of founder Enzo Ferrari at the age of 90 a year earlier. In addition, this car was supposed to allow the homologation of the Ferrari 333 SP for the American IMSA series in 1994. The IMSA required that the engine used should be derived from an engine used in cars sold to the general public. That is what the engine of the Ferrari F50 should serve. Participation in the IMSA GT Championship was important for Ferrari, as the brand wanted to return to sports car racing with the 333 SP in the prototype class after a twenty-year absence. Success there was crucial to make the brand more popular in the United States, the largest market for Ferrari, after a decline.

In 1991, the development of the car with the internal code name F130 was started, under the direct supervision of the then newly appointed president of the company Luca di Montezemolo. It was obvious to take Formula 1 as the basis for the development of the car. Not only did customers regularly ask for this, it was also the racing series that Ferrari had fully focused on in technological development in the twenty years before. Ferrari chose a naturally aspirated V12 engine as the power source, which would prove to be the most important change from its predecessors. The previous super sports cars in the Ferrari line – the 288 GTO and the F40 – had a V8 engine with twin turbos. Pininfarina, the renowned Italian design agency that had always worked closely with Ferrari, was commissioned to create the design. Lorenzo Ramaciotti signed the car on behalf of the agency. Because the F130 had to incorporate all the knowledge that Ferrari had built up in fifty years of racing history, the development process took much longer than had been the case with the F40. While the F40 continued to build on the 288 GTO and its steel chassis was not very technologically advanced, the F130 was made entirely of lightweight materials such as carbon fiber.

On March 6, 1995, the production version of the F130 as Ferrari F50 was unveiled in the evening during an evening preview at the Geneva International Automobile Museum (Le Musée international de l'automobile), prior to its worldwide unveiling at the Geneva Motor Show three days later. Di Montezemolo said at the presentation: "Our goal was to put as much Formula 1 technology as possible in a street sports car, but at the same time build a car that is easy to drive." In a way, the F50 missed out with this launch.