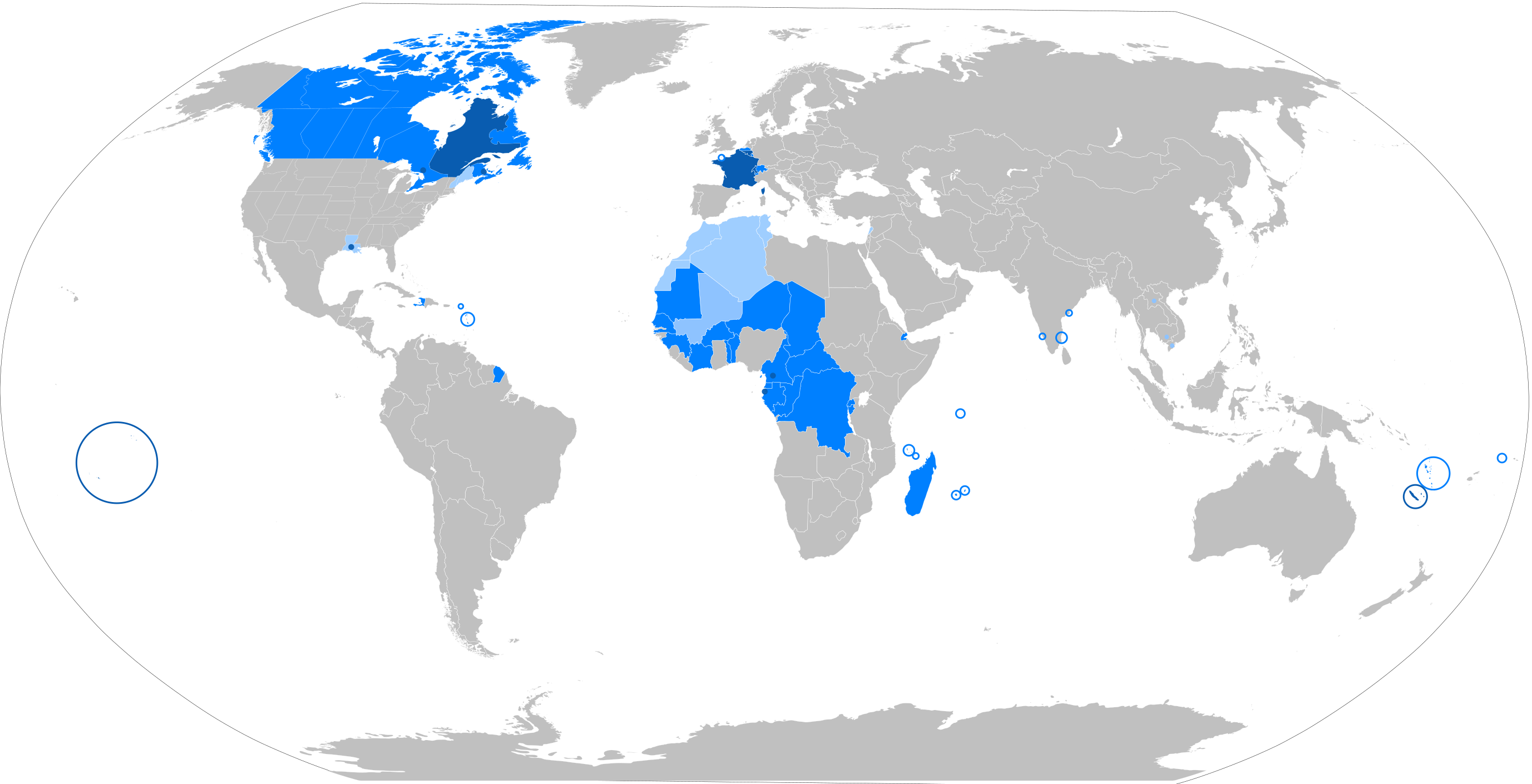 French (français) is the most widely spoken Gallo-Romance language. It belongs to the larger group of Romance languages, all of which evolved from Latin. French is native to Western Europe, but is spoken as an official language in dozens of countries worldwide. A number of creole languages ​​based on French have also emerged. French differs from most other Romance languages ​​in a number of important ways. Firstly, French has extensive wear and tear of morphological endings. Second, it has a large number of refractions and sound shifts, which already occurred in Old French and have evolved even further in Middle French. Thirdly, it has a slightly Gaulish substratum (can be found in a word like quatre-vingts 'eighty', literally 'four-twenty'; in the Celtic languages ​​one counts in twenty) and a rather radical Frankish, especially Low Franconian, superstrait, which is expressed, among other things, in the twofold negations ne ... pas, ne ... rien, ne ... personne, ne ... jamais, etc.

Standard French or New French is in fact the cultivated version of Francilien, the regional language of the Île-de-France. This belongs to the Oïl group of Gallo-Romance languages. Although Standard French has largely supplanted the regional languages ​​of France, a number of more or less related sister languages ​​of French can be distinguished: Gallo-Romance Languages Oil languages: Burgundian Champenois Franc-comtois Gallo Lorraine Norman Picardy poitevin Saintongeais Walloon Franco-Provençal Occitan Auvergnat gascons Languedocien (in a narrow sense) limousine Provencal Vivaro-alpinIn France, most of these languages ​​are traditionally considered dialects, that is, inferior. Its use has long been discouraged. The attitude towards these languages ​​has clearly relaxed. Differences between French dialects:

As the language of the administrative elite, French has been an important factor in England for centuries since 1066 and has left lasting traces in the original Anglo-Saxon English. It was not until 1258 that an official document in English was drawn up in England for the first time. Anglo-Norman was used for literary and administrative purposes until the 15th century. Even today, Anglo-Norman is still occasionally used, the British Queen informs Parliament that she has approved a law with the words "La Reyne remercie ses bons sujets, accepte leur benevolence, et ainsi le veult". In Russia, Spain, Germany and elsewhere, French came into vogue in the 17th century as the language of the social elite, but since the rise of nationalism in Europe in the 19th century, it has again been supplanted by the national languages.

As a legacy of French colonialism, French is still used as a second language by at least 50 million people outside of France. Particularly in Africa and to a lesser extent in South-East Asia, the language plays a major role as a language of culture, either because French is indispensable as a neutral factor, which is needed in the midst of a variety of rival indigenous languages, or because the indigenous languages ​​are not yet had a written heritage and were therefore too weak to take over the role of French as a fully-fledged medium for culture and administration. The language therefore plays the same role as Latin during and after the Roman colony