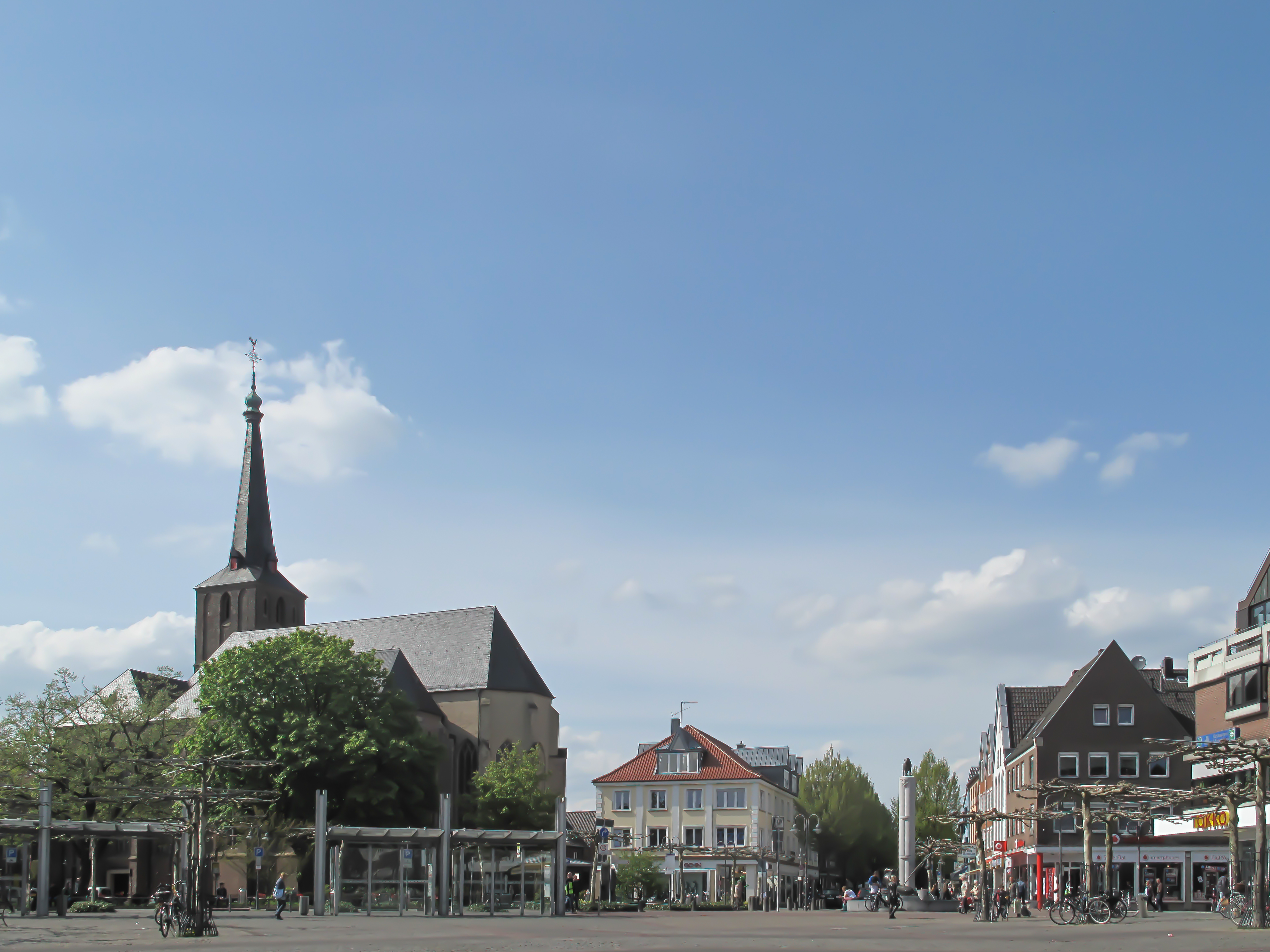 Geldern (Dutch: formerly Gelre, later Gelder or Gelderen, as can also be seen from the surnames Van Gelder and Van Gelderen that occur with these two forms) is a city and municipality in the German Lower Rhine, in the Kreis Kleve (North Rhine-Westphalia) . Geldern is located on the Niers, approximately twenty kilometers northeast of Venlo, but the distance to the Dutch border is only seven kilometers as the crow flies. On December 31, 2020, the municipality had 33,760 inhabitants on an area of ​​96.91 km². The city is the origin and original capital of the historic Duchy of Gelre.

FormThe first mention of the city of Geldern in a charter dates from around 900. The name of the place showed various variants: Gelre, Gielra, Gellero, Gelera and the like. The name variants with an inserted /-d-/ are younger than those of Gel(le)re. Meaning Gellere (997), Gellera (1104/1105), Geldren (1167) may have originally stood for an elevated settlement on the swampy Niers, or Gellera could have been a cut-off from the Niers.

Geldern has a Dutch and Dutch-speaking origin. Its historical significance for this region has been much greater than its peripheral geographic location in a rural German border area would suggest. Its size was always modest, but the city had lost its historical and potential importance in the last three centuries and thus remained modest in size. The development into a regional larger city also failed to materialize, among other things because the city is not located on important trade roads or rivers or in the center of a larger area and was also surpassed by neighboring cities such as Venlo and Krefeld. Moreover, in 1815 the state border was drawn in such a way that Geldern became eccentric. Today the place is no more than a small provincial town with a regional function for education.

In 1543 the city and the rest of the duchy of Gelre came to Charles V (Tractaat van Venlo). The city would remain with the Southern Netherlands until 1703, with an interruption from 1578 (when the city was in the hands of the revolt and thus of the Northern Netherlands) until the Spanish capture of 1587.

In 1703 Geldern was heavily bombarded with artillery by Prussia during the War of the Spanish Succession and was finally captured. At the Treaty of Utrecht in 1713 it was ratified that the city and the former Overkwartier became Prussian. The city had largely recovered – partly with money from the King of Prussia – from the bombardment of 1703, when a gunpowder tower exploded in 1735 and most of the city was destroyed again. She later became German apart from the French occupation from 1794 to 1814. After the First World War, Geldern was located in the Belgian occupation zone of the Rhine Province. At the end of the Second World War, approximately 80% of the city was destroyed by Allied aerial bombardments. After the Second World War, Geldern was subdivided into the new state of North Rhine-Westphalia. In 1975 the Geldern district was merged into the Kreis Kleve.

The place Geldern is relatively unknown in the Netherlands, while it has played such an important historical role for the Netherlands. After all, this was where the ancestral seat of the Duke of Gelre was. Not only the present Dutch province of Gelderland was associated with it for several centuries, but also, and for much longer, the largest part of present-day North Limburg with places such as Venlo, Venray and Horst, as well as a smaller part of Central Limburg, for example Roermond. The history of Gelderen is expanded upon in the separate article