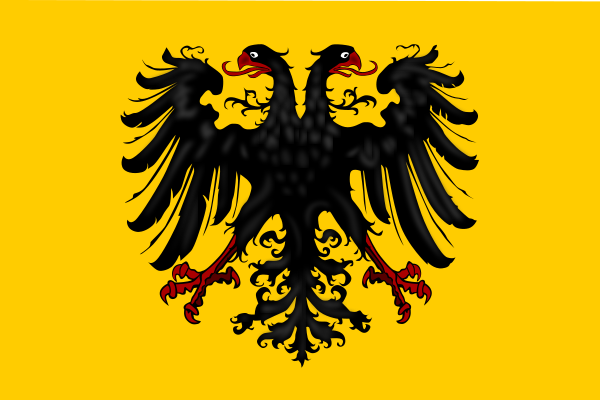 The Habsburg Monarchy, the Austrian Monarchy or the Habsburg Empire is the historiographical term for the countries that were ruled by the Austrian branch of the House of Habsburg from 1526 to 1804. These countries were formally linked only in a personal union, but through a slow state-building process unity arose within these countries. In 1804 Francis I confirmed this by uniting all the countries of the monarchy under one crown, creating the Empire of Austria. The history of the monarchy was marked by major cultural and administrative differences between the different countries within the monarchy. In addition, the fact that the Habsburg rulers had been emperors of the Holy Roman Empire almost continuously since 1438 meant that they had to divide their attention between the government of their own domains and that of the Holy Roman Empire. The contradictions between the two areas often led to major problems. Furthermore, the strategic location of the Habsburg Monarchy meant that the country could count on many different enemies and allies. Mainly through diplomacy, the monarchy became a major power in early modern Europe.

In 1506 Emperor Maximilian I and King Wladislaus II Jagiello concluded a marriage agreement that marked the beginning of the Habsburg Monarchy: Maximilian's youngest grandson Ferdinand would marry Wladislaus' daughter Anna. Maximilan's granddaughter Maria would also possibly be married off to the still unborn child of Wladislaus' pregnant wife. This indeed turned out to be a boy (Lodewijk). After the eventual extinction of either dynasty (the House of Habsburg or the House of Jagiello), the other dynasty would succeed it. In 1515 this agreement was finally sealed at the first Congress of Vienna and in 1521 the marriage of Ferdinand and Anna was solemnized in the Stephansdom in Vienna. (In 1522 Maria and Louis also married in Prague.) The reason behind the marriage was that the house of Jagiello of the Kingdom of Hungary and Lands of the Bohemian Crown came under increasing pressure from the advancing Ottoman Turks. The Habsburgs were strong enough to help fight the Turks, but at the same time not strong enough to pose a threat. After Maximilian's death, the Austrian possessions belonged to Maximilian's eldest grandson, Karel. Charlemagne also inherited the crowns of Castile and Aragon and the Habsburg possessions in Burgundy, the Burgundian Netherlands and Italy (Sardinia, Kingdom of Sicily, Kingdom of Naples). In order to better focus his attention on this Atlantic-oriented part of his empire, Charles transferred his Austrian possessions to his younger brother Ferdinand in 1522 by the treaty of Brussels.

In 1526, Louis II of Hungary was killed in the battle against the Turks near Mohács. During the Land Days of Bohemia, Croatia and Hungary, Ferdinand was elected king. This created a large empire with great linguistic, economic, cultural and administrative differences. Ferdinand was not unanimously elected in Hungary. Part of the Hungarian nobility and the Slavonian Diet chose the Hungarian governor of Transylvania, Jan Zápolya, as king over a 'foreigner'. Ferdinand managed to defeat Zápolya and push it back to Transylvania. From here Zápolya called the Turks to their aid. Sultan Süleyman the Magnificent invaded Hungary in 1529 and after a successful campaign his army stood at the gates of Vienna. The Turkish armies were unable to capture the city and retreated. From 1529 to 1541, the Turkish armies repeatedly invaded Hungary and the Hereditary Lands where they wreaked havoc. After 1541 Hungary was divided into a Turkish, a Habsburg and a Zeburg part. The Habsburgs tried during the Fifteen