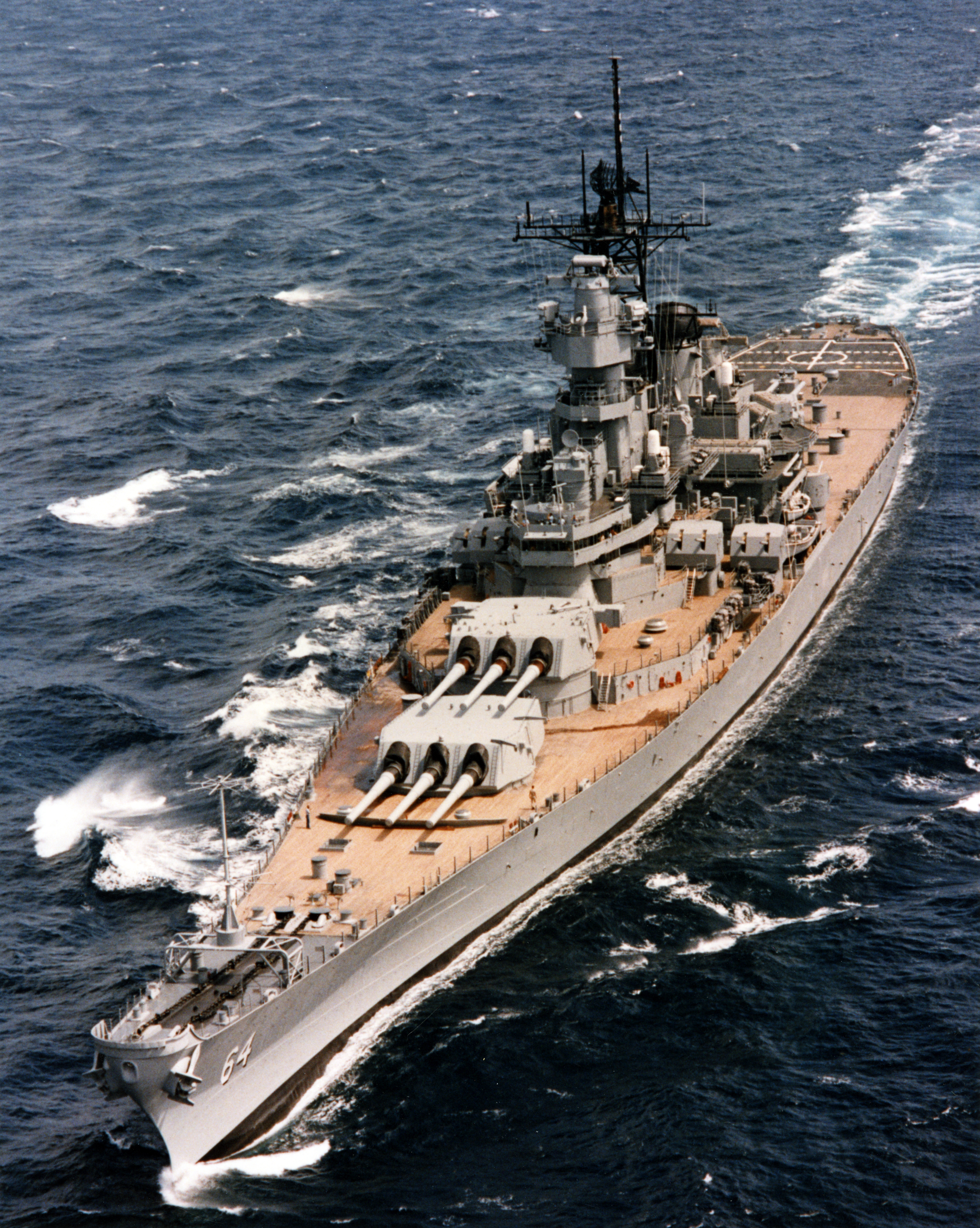 The Iowa class is a class of a total of four battleships of the United States Navy, which were commissioned in World War II. They were the fastest battleships ever and were among the last to be active, although HMS Vanguard entered service later. Four of the six ships to be built were completed. They participated in World War II in the Pacific, the Korean War, the Vietnam War and, after a modernization, the Gulf War of 1990-1991. After being added to the reserve fleet a number of times, the ships were definitively removed from the current ship register in 2006.

Because the US Navy needed fast ships with strong guns to escort its aircraft carriers, planning for the Iowa class began in early 1938; this type became known as fast battleship or fast battleship. The tonnage limit of 45,000 tons agreed at fleet conferences in Washington (1922) and London (1938) was only adhered to on paper and the class could therefore be developed without practical limitations in terms of displacement or armament; the final tonnage was over 57,000 tons. The Iowa class was built on the last of its predecessor, the South Dakota class, of which a study showed that the resulting hull should be able to reach a speed of 33 knots. Furthermore, the new Iowa class would have the same main armament as the South Dakotas: the Mark II guns for a caliber of 16 inches (406 millimeters) long 45. In order to compete with the guns of the Japanese Yamato class, the newly developed Mark-VIIs with 50 caliber length installed so that heavier cartridges of the same caliber could be fired. Because otherwise the intended speed could not be achieved, the armor was not adapted to the heavier Yamato class. It was agreed in 1939 to build the first three ships as soon as possible as planned and to give the last three ships an extra Mark-VII tower, thus making them slower. This intention was already abandoned at the end of 1939, because there was a greater need for fast battleships than for battleships with even heavier armament. The US Congress allowed the ships to cost $125 million each, and funding came from the 1940 and 1941 budgets. The final cost was slightly below this limit. The Iowa-class ships were built at three different yards: the Iowa and New Jersey at the New York Naval Shipyard in Brooklyn, the Missouri, Wisconsin and Illinois at the Philadelphia Naval Shipyard in Philadelphia, and the Kentucky at the Norfolk Naval Shipyard in Portsmouth, Virginia. The last two ships, Illinois and Kentucky, were never completed and eventually decommissioned. The four completed ships had to wait two to three years between keel laying and launching, after which they lay at the outfitting jetty for another five months before being put into service.

All planned battleships were named after American states, according to American tradition. The completed units served during World War II, the Korean War, the Vietnam War (one ship), and the 1990-1991 Gulf War (two). Due to the high operating costs (mainly due to the number of personnel required, but also due to the preservation of the missiles), the ships were always added to the reserve fleet during peacetime.

USS Iowa (BB-61) was the first ship of the class named after her. On 27 June 1940 her keel was laid and on 22 February 1943 she was placed in service. She served in the Pacific Ocean in World War II, where she took part in the Battle of the Philippine Sea, among other things. After being part of the reserve fleet for a short time, she was returned to service during the Korean War to conduct coastal shelling. From 1958 to 1984 belong