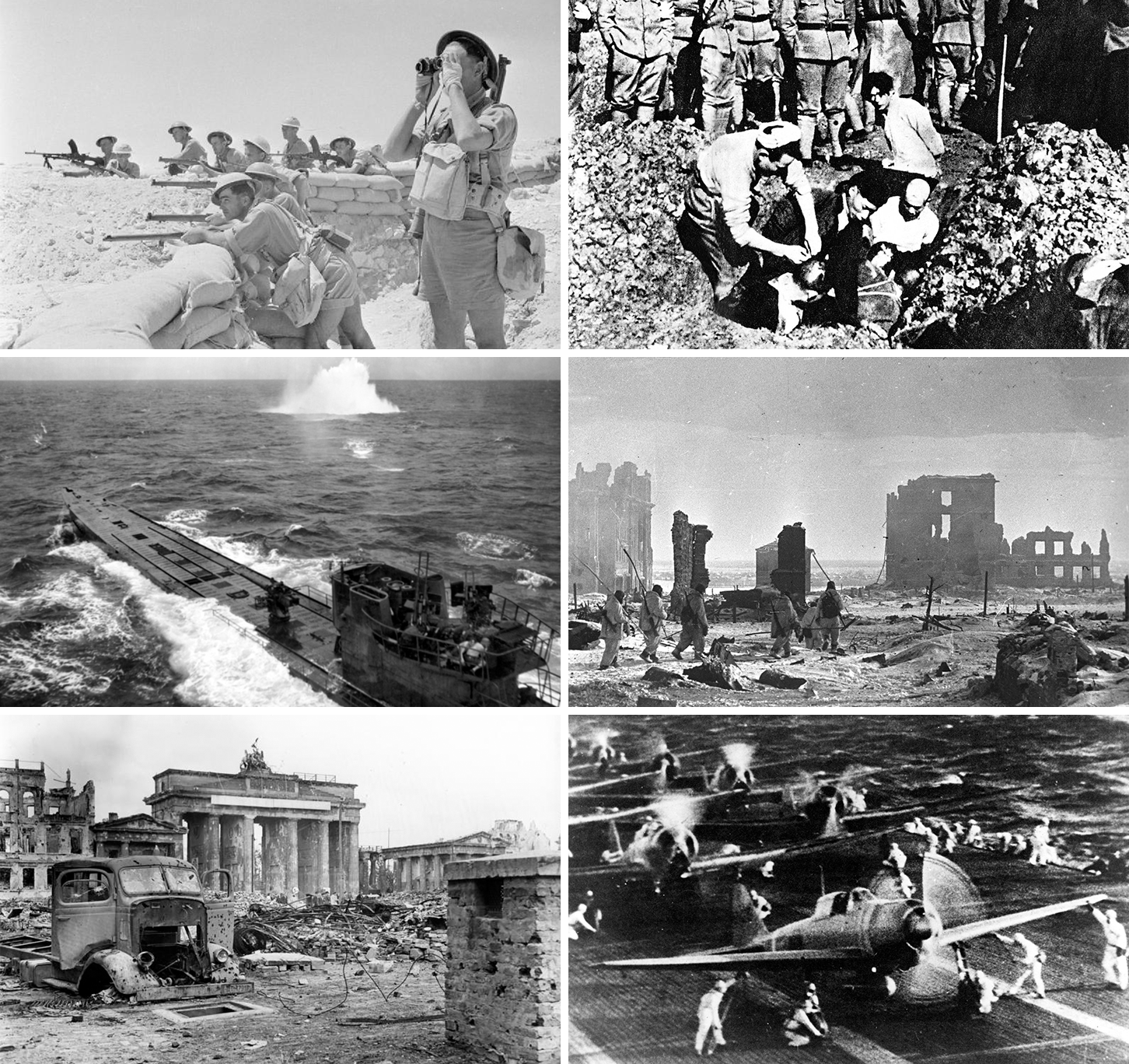 World War II was the escalation of the Second Sino-Japanese War that began in 1937 and a European war that began in 1939 into a military conflict fought on a global scale from 1941 to 1945 between two alliances: the Axis Powers and the Allies. In the west, the years 1939 and 1945 are usually used as the beginning and end of the war. World War I ended in 1918 with a victory for the three great western democracies: the United Kingdom, the Third French Republic, and the United States of America. However, they did not form a formal military alliance after that. The UK and US disbanded most of their armed forces. This enabled the emergence of aggressive authoritarian regimes: the communist Soviet Union in 1918, fascist Italy in 1922, a Japanese military dictatorship after 1926, and Nazi Germany in 1933. Ultimately, all countries became embroiled in an arms race accompanied by mounting international tensions. On July 7, 1937, Japan invaded China. After the northeast of that country was conquered, a protracted war ensued that claimed millions of victims. In the summer of 1939, the Soviet Union defeated Japan when it wanted to conquer Mongolia. Japan then decided to focus on the conquest of South-East Asia. The National Socialist dictator of Germany, Adolf Hitler, had the demilitarized Rhineland occupied in 1936. In 1938 Germany annexed Austria in the Anschluss. The same year, Czechoslovakia was forced to cede the Sudetenland in the Munich Agreement. When that country was completely subjugated in March 1939, the UK and France pledged to assist Poland in the event of a German attack. They hoped that Hitler would now refrain from invading because the German army was a long way from completing its build-up. On 23 August, however, he concluded the Molotov-Ribbentrop Pact with the Soviet Union, as a result of which he believed that international intervention would not take place this time either. The German Wehrmacht and the SS invaded Poland on September 1, 1939. The United Kingdom and France declared war on Germany on September 3, 1939. Poland was conquered after a month. The Soviet Union occupied the east of the country. The British and French began to muster a force of men and equipment to defeat Germany in 1941. In April 1940, however, the Germans conquered Denmark and Norway. In May 1940, the Low Countries and France were defeated by a surprising advance of tank units through the Ardennes to the Channel. The British managed to repel an invasion in the Battle of Britain. The US then offered material support to the UK, including through the Lending and Lease Act. Germany attempted to starve the UK through submarine warfare and was bombed itself more and more intensely, all to no avail. In June 1940 Italy entered the war. Failed Italian attacks on Egypt and Greece forced Germany to engage in a subjugation of the entire Balkans and a protracted North African Campaign. In 1941 Hitler thought that an "invincible" Wehrmacht could realize the ideals of the Nazi ideology: exterminating the Jews and subjecting the Slavische Untermenschen to an upper layer of Germanic colonizers. On June 22, 1941, Germany invaded the Soviet Union. After major gains in ground, this offensive ran aground in the autumn. On December 7, 1941, Imperial Japanese aircraft carriers carried out a surprise attack on the United States Pacific Fleet at Pearl Harbor. Four days later, Hitler declared war on the United States, the world's largest economy. Thus the Axis powers became involved in a global conflict against a coalition whose military output far exceeded theirs as early as 1942, so that their defeat was only a matter of time. That year they still had successes that ended in painful failures. Japan