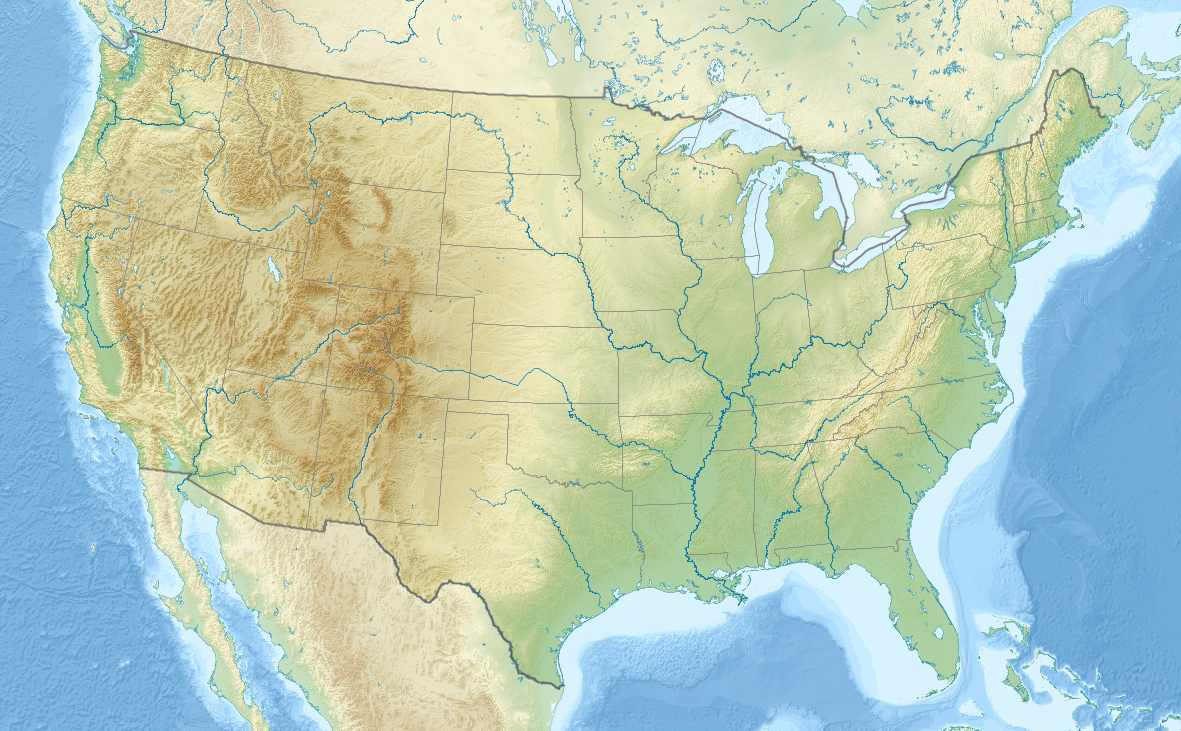 Yosemite National Park ([joʊˈsɛmɨtiː]?) is a national park in eastern California. It covers an area of ​​more than 3,000 km² and is located on the western flanks of the central Sierra Nevada, in eastern Tuolumne, Mariposa and Madera County. Yosemite National Park was established in 1890 through the efforts of conservationists like John Muir and was one of the first national parks in the United States and the world. In 1916 it came under the administration of the National Park Service. The nature reserve has been on the UNESCO World Heritage List since 1984. It attracts about 4 million visitors each year, making Yosemite the 5th most visited national park in the United States (2019). The National Park is famous for the Yosemite Valley, a glacial valley with granite cliffs, the most recognizable of which are Half Dome and El Capitan. U-valleys like Yosemite Valley and Hetch Hetchy have been carved by sliding glacial ice that built up in the Sierra Nevada during the Ice Ages. Furthermore, the park includes high mountains, clear mountain rivers and waterfalls and rare giant sequoia forests such as Mariposa Grove. Yosemite is nearly 95% protected as a wilderness area and is home to a great biological diversity.

History in a nutshell

During the first half of the 1800s, Americans native to Europe first explored the Sierra Nevada Mountains and discovered Yosemite Valley. This valley was inhabited by the Ahwahnechee, a tribe of Sierra Miwok Indians, who were forcibly evicted from the area by the settlers. With the proliferation of paintings, photographs and articles in the mid-19th century, the valley and the giant sequoias became known to a wide, mostly urban public. The flip side of this fame was that tourism and commercial exploitation increasingly threatened Yosemite's flora, fauna, and landscape. In the 1850s and 60s, calls for protection grew, and in 1864 the Yosemite Valley and Mariposa Grove were handed over to the state of California. That was the first time that a US government was involved in the creation of a nature reserve. In practice, however, it proved difficult to manage and protect Yosemite, especially due to the increase in tourism. It prompted naturalist and conservationist John Muir and journalist Robert Underwood Johnson to campaign for far-reaching federal protection for Yosemite. Finally, on October 1, 1890, their campaign led to the creation of Yosemite National Park. The Yosemite Valley and Mariposa Grove remained in the hands of the state of California. It wasn't until 1906, after Muir and others convinced President Theodore Roosevelt, that the different parts were merged. Despite strong opposition from conservationists and environmentalists, the government soon decided to build a dam in the Hetch Hetchy Valley, in northwestern Yosemite. The conservationists and environmentalists did succeed in transferring the management of the national parks to a new federal agency, the National Park Service, in 1916. In the century that followed, the number of tourist facilities in the park increased sharply and after the Second World War the number of visitors increased exponentially. Due to the many tourists, extra protective measures had to be taken to maintain the quality of the park. For example, in 1964 a large part of the high mountains was protected as a wilderness area. In addition, the managers initiated an ecological restoration program for Yosemite's waterways. Early History

Yosemite was probably first used by humans as a hunting ground 8,000 to 10,000 years ago. The first settlements came about 3000 to 4000 years ago, when Native Americans settled in the Yosemite Valley. The ancestors of the Sierra Miwok Indiane