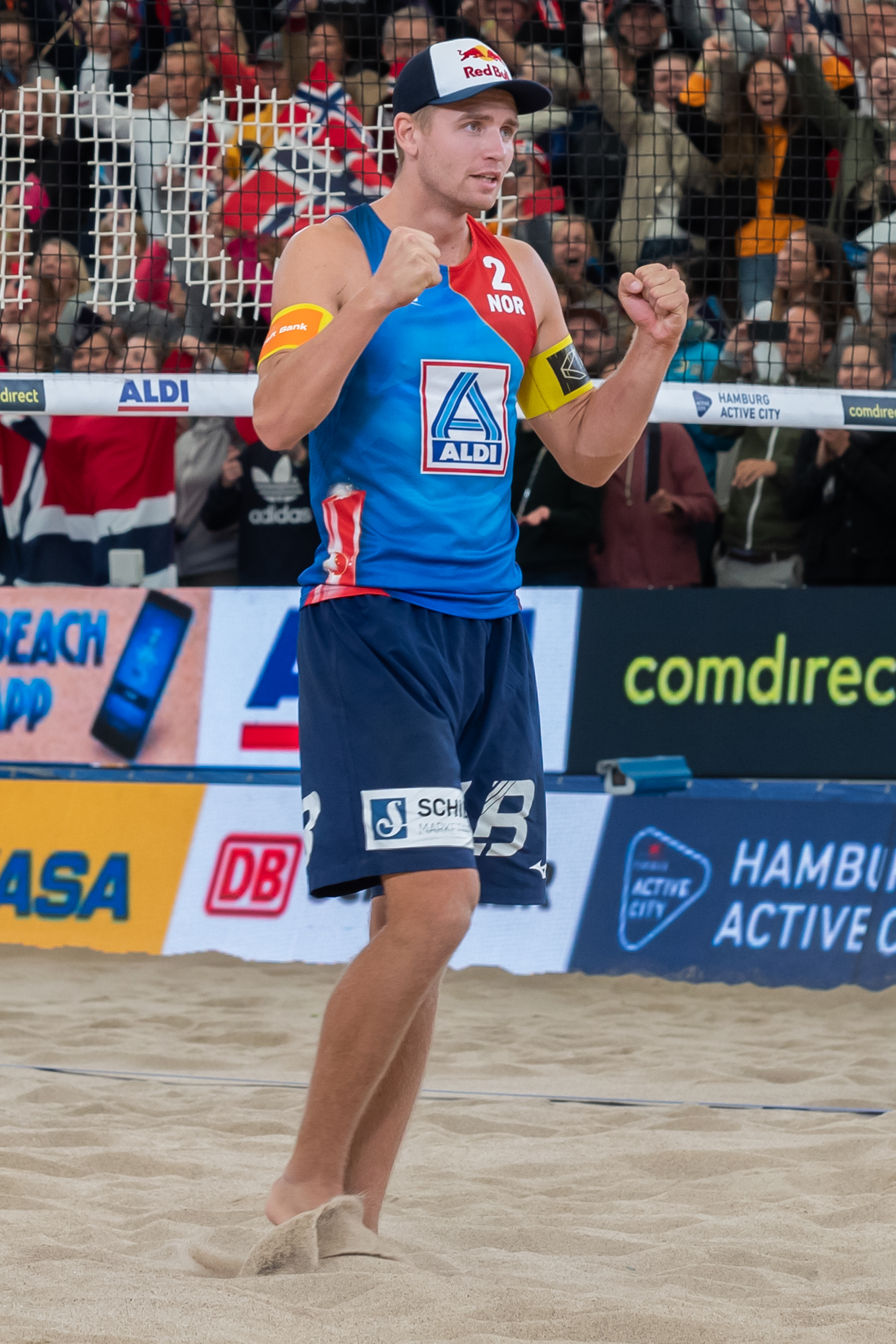 Christian Sandlie Sørum (born 3 December 1995 at Nordbyhagen in Lørenskog) is a Norwegian sand volleyball player. He became Olympic champion in beach volleyball together with Anders Mol in the Summer Olympics 2020 in Tokyo. Sørum and Mol have won the European Championships four times. Sørum is also twice European champion in the U22 class, first together with Runar Sannarnes in the autumn of 2014, and then together with Mol in 2016. Since August 2018, Sørum and Mol have been ranked number 1 in the world.

Up to and including the 2015 season, Sannarnes and Sørum played together. In the spring of 2016, Sørum played together with Morten Kvamsdal. The duo participated in Olympic qualification in 2016, but failed to qualify. The same year, they reached the quarterfinals of the European Championships, the best of the Norwegian teams. Halfway through the 2016 season, Sørum became part of the new project BeachVolley Vikings. Here he began a collaboration with Anders Mol. Mol and Sørum became European champions in the U22 class the same autumn, in what became Sørum's second gold in the class. They also surprised by reaching the quarterfinals of the prestigious Klagenfurt Major tournament. In July 2017, Sørum and Mol did it again strongly in a Major tournament, this time in Gstaad. Here the duo finished in ninth place.

In the 2018 season, Mol and Sørum established themselves in earnest in the world elite. In May, they finished second in the four-star tournament in Itapema, Brazil. Then came the definitive breakthrough, when they won the five-star master tournament in Gstaad in mid-July. Only a week later, the duo's first championship medal came at senior level, when they went undefeated through the European Championships in the Netherlands and became European champions after beating Latvians Jānis Šmēdiņš and Aleksandrs Samoilovs 2-0 in the final. In August 2018, they won their third major tournament in a row, when the master tournament in Vienna was also won. Sørum and Mol ended the 2017/18 season by beating the Polish couple Grzegorz Fijałek and Michał Bryl in the final of the world series, a title worth $ 150,000 in prize money.

Mol / Sørum started the 2019 season as the top seed in the world rankings after the strong achievements in 2018. The 2019 season kicked off in Las Vegas in the autumn of 2018, and Mol / Sørum continued where they left off, with gold. Despite Mol struggling with a knee injury at the start of the season, the pair reached the quarterfinals both in The Hague and in Xiamen early in the calendar year 2019. In May, Mol was back full, and the pair began a new series of victories. In three weeks, they won three world series tournaments on three different continents, when the tournaments in Itapema, Jinjiang and Ostrava were all won. In the last tournament of the spring season, it was 2nd place in Warsaw, but the pair were still considered favorites before the World Cup in Hamburg. The World Cup ended with a bronze medal, after losing to home team Thole / Wickler in the semifinals. This was Norway's first World Cup medal since Kjemperud / Høidalen in 2001, and the couple expressed both joy and pride over the medal. The first tournament after the World Cup was the traditional tournament in Gstaad, where Mol / Sørum defended the victory from 2018 and took their fifth tournament victory of the season. The tournaments in Tokyo and Vienna were then also won by the Norwegian team.