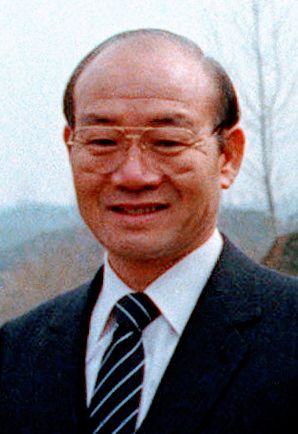 Chun Doo-hwan was the fourth son of four children; the parents were Chun Sang-woo and Kim Jeong-mun. Around 1936, the family moved to Daegu, where Chun Doo-hwan began elementary school. Chun's father had occasionally clashed with the Japanese police, and in the winter of 1939 he was assassinated by a police captain. The family then immediately fled to Jilin in China, and remained in hiding there for two years until they returned. When Chun then resumed primary school, he was 2-3 years behind. In 1947, Chun began vocational school in Daegu.

In 1951, Chun continued at the Korean Military Academy (KMA). There he made contacts with several of those who would later join in seizing power in the country and get Chun in a leadership position. He graduated in February 1955. He was later educated in the United States on guerrilla tactics and psychological warfare, and married Rhee Soon-ja, daughter of the KMA commander when he himself studied there, in 1958. Chun, then captain, led a demonstration at the KMA in support of May 16. the coup that brought Park Chung-hee to power. Chun became sectarian sectarian to the commander of the Supreme Council for National Reconstruction, thus directly under Park. Chun was promoted to major in 1962, and gained more and more influential friends and contacts. His ministry also became increasingly important. In 1963, he became Chief of Staff of the Korean Central Intelligence Agency (KCIA). In 1969 he was a senior adviser to the army's chief of staff. In 1970 he was a colonel, and became commander of the 29th Regiment of the 9th Infantry Division, and participated in the Vietnam War. Back in Korea in 1971, he was given command of an airborne brigadier special forces and later promoted to brigadier general. In 1976, he was deputy chief of the president's security force and then became major general. In 1978 he was given command of the 1st Infantry Division. In 1979 he became Commander-in-Chief of the Armed Forces Security Command.

Chun Doo-hwan belonged to a group of military personnel who seized power in South Korea after the assassination of the country's authoritarian leader Park Chung-hee in 1979. After an internal power struggle, Chun soon became the sole ruler. In 1980, he took office as president, dissolved the National Assembly and introduced martial law. Riots in Kwangju were crushed with great brutality, as almost 1,200 students were killed or disappeared after the military police stormed the city. Among the opposition politicians sentenced to death was the later president and Nobel laureate Kim Dae-jung, who, however, was pardoned by American pressure. As president, Chun continued on the path he initiated and protected a market-economy line and good relations with Japan, while exercising a highly centralized government as a military dictator. South Korea's economy grew particularly strongly after extensive liberalization. On October 9, 1983, Chun survived a bomb attack on a South Korean government delegation in Rangoon (Burma), killing 17 members of the government (including four ministers, including the foreign minister) and wounding 15 others. It was suspected that North Korea was behind it, but no evidence was presented. After repeated protests against his authoritarian regime and the threat that the Olympic Games that South Korea would have hosted would be canceled, he voluntarily resigned from the presidency in 1988. He was succeeded by his supporter, Roh Tae-woo. He was sentenced to death in 1996 for ordering executions of opposition figures, but was fined