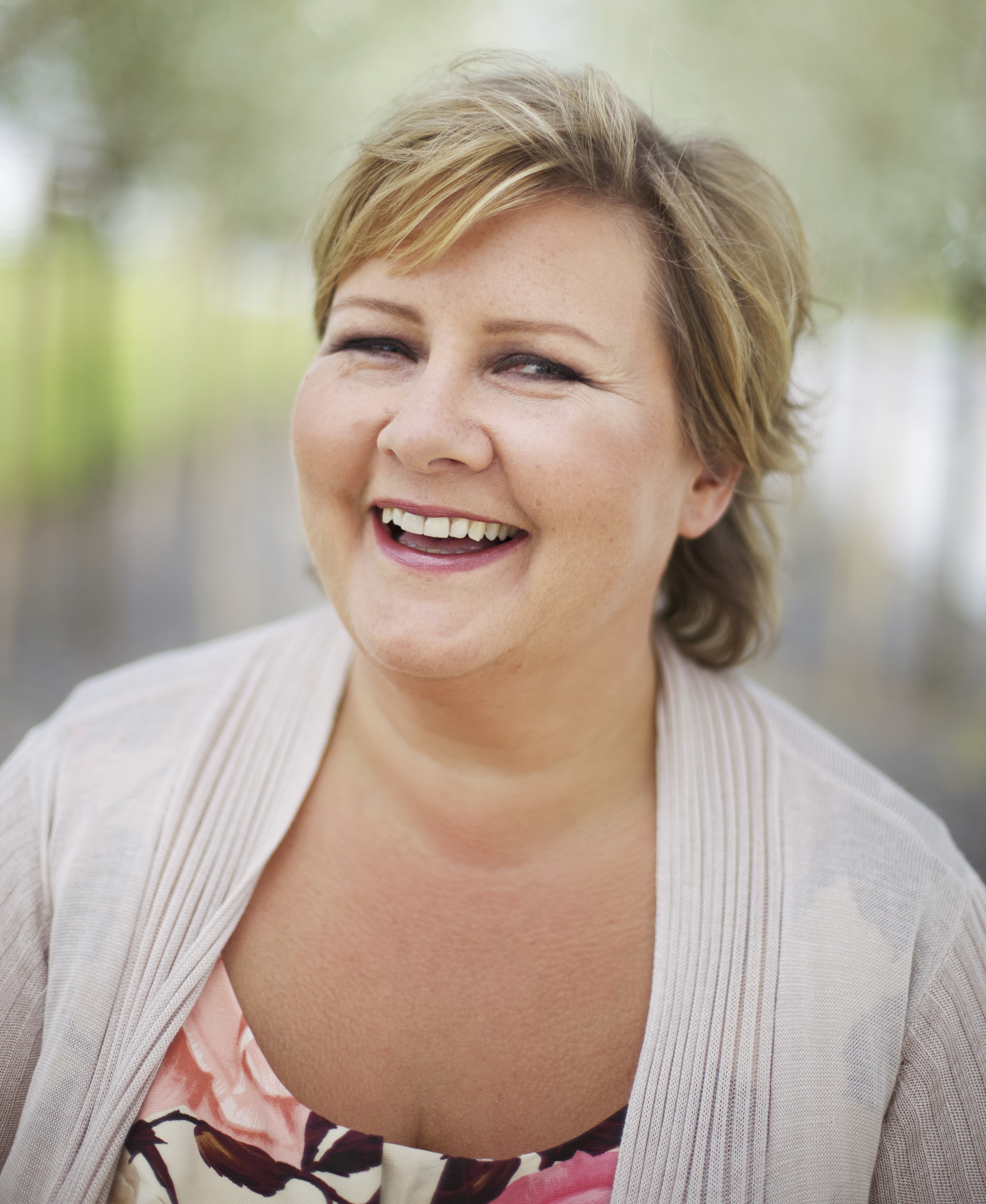 The government took office as a result of the bourgeois election winner in the 2013 parliamentary elections. Together with the Green Party, which was represented in the Storting for the first time, the red-green bloc received 73 seats. None of the blocs has had such a large majority after World War II. The Labor Party made its second worst parliamentary election since the 1924 parliamentary election. The Center Party and the Socialist Left Party both made their worst parliamentary elections ever. The Conservatives won the election with a progress of 18 seats. The Conservatives won 48 seats, while the Progress Party won 29 seats in the Storting. This gave a total of 77 seats. To get the necessary majority of 85 seats, they could choose between support from the Christian People's Party's 10 seats or the Liberal Party's 9 seats. The four parties nevertheless decided to cooperate.

The four parties began investigations into a government collaboration on 16 September. On 30 September, they signed a co-operation agreement, which involved a minority government consisting of the Conservatives and the Progress Party, with support from the Liberal Party and the Christian People's Party. increased return from the Environmental Technology Fund. KrF gained support for Christianity again to become more prominent in the primary school subject "religion, philosophy and ethics" (RLE), which changed its name to "Christianity, religion, philosophy and ethics" (KRLE), and that alcohol policy should mainly stand firm. The Liberal Party and KrF also got through an amnesty for asylum children, while FrP got through for tightening in immigration policy. Furthermore, FrP gained support for statutory rights to round-the-clock nursing and care in elderly care, significant investment in road construction beyond the framework of the National Transport Plan and removal of inheritance tax. necessary decisions are made during the period. The deduction scheme for gifts to voluntary organizations was strengthened, while the bureaucracy towards voluntary organizations was reduced. The one-off benefit was increased and a tax deduction was introduced for ENERGY investments in the home. The minimum deduction on wage income was raised. Private ownership and savings were strengthened through reduced wealth tax and inheritance tax, and better deduction schemes for housing savings, pension savings and co-ownership.