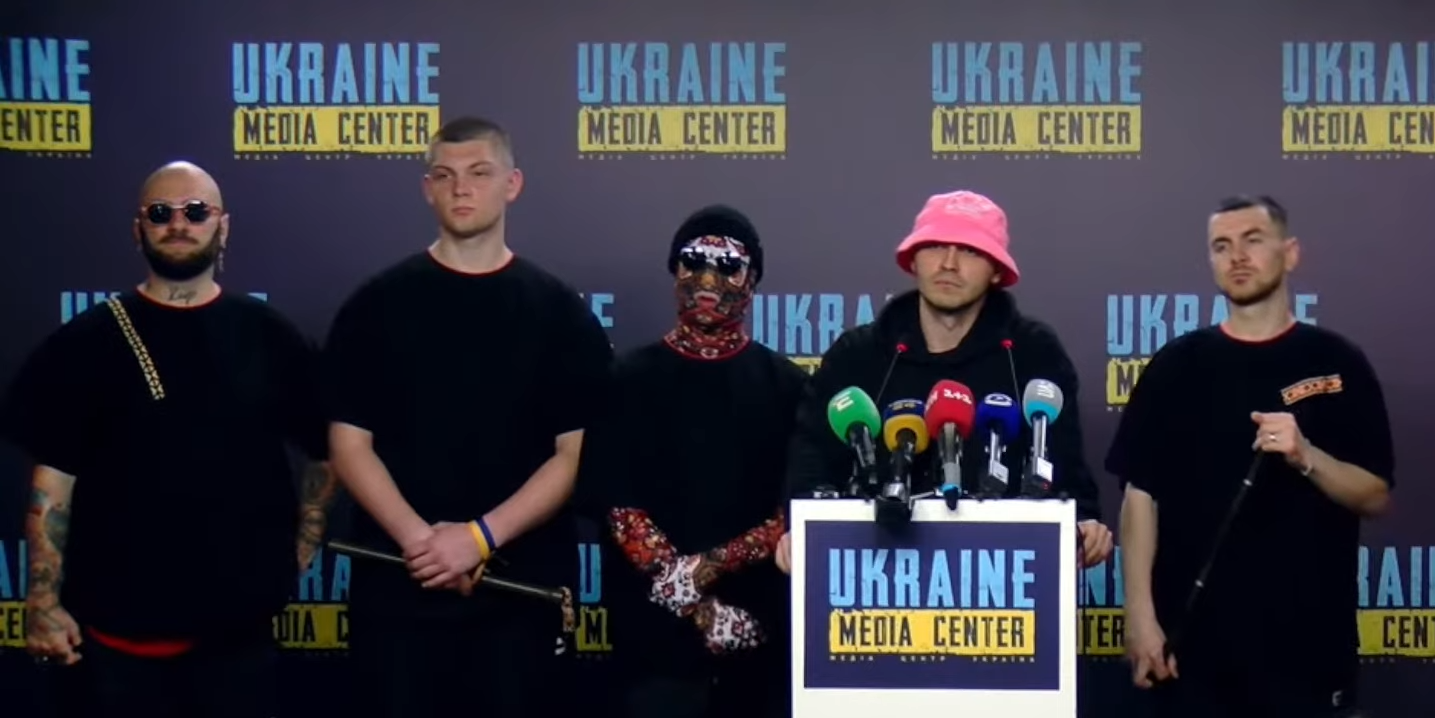 The Eurovision Song Contest 2022 was the 66th edition of the Eurovision Song Contest, the European Broadcasting Union's (EBU) annual singing competition for its members. The event took place in Turin, Italy after the Italian band Måneskin won the competition in 2021 with the song «Zitti e buoni». Italy had hosted the Eurovision Song Contest twice before; in 1965 in Naples and in 1991 in Rome. The Eurovision Song Contest 2022 consisted of three broadcasts: a semi-final on Tuesday 10 May, a semi-final on Thursday 12 May and a final on Saturday 14 May 2022. The three broadcasts were broadcast live from the Pala Olimpico concert arena in Turin. Hosts were Alessandro Cattelan, Laura Pausini and Mika. A total of 40 countries participated in the competition. Armenia and Montenegro returned after last participating in Tel Aviv in 2019. Russia was originally supposed to have participated as well, but was banned as a result of the country's invasion of Ukraine. The competition was won by the Ukrainian Kalush Orchestra with the song "Stefania", thanks to a record number of voices from the audience. Great Britain, Spain, Sweden and Spain made up the rest of the top five, and Great Britain and Spain got their best rankings since 1998 and 1995, respectively. Norway participated with Subwoolfer and the song "Give That Wolf a Banana". The Norwegian contribution participated in semifinal 1 and qualified for the final, where it ended in tenth place.

Italy won the Eurovision Song Contest 2021 in Rotterdam in the Netherlands with "Zitti e buoni" and the group Måneskin. This was the third time Italy won the competition, after Gigliola Cinquetti won in 1964 with "Non ho l'età" and Toto Cutugno in 1990 with "Insieme: 1992". As the winner of the 2021 competition, Italy also won the right to host the competition in 2022. This was the third time the country hosted the Eurovision Song Contest, after holding the competitions in Naples in 1965 and Rome in 1991. Italy's public broadcaster Rai produced the competition in collaboration with the European Broadcasting Union. After a lengthy bidding process, Rai decided in October 2021 to add competition to the city of Turin and the Pala Olimpico - a 13,300-seat indoor multipurpose arena in the Santa Rita district. The arena had previously housed several major concerts, exhibitions, conferences and sporting events. Among other things, the ice hockey matches during the Winter Olympics in 2006 were arranged here as well as the opening ceremony of the Winter Universiade 2007 and the upcoming Winter Universiade in 2025.

Already on May 23, 2021, the day after Måneskin's victory, several Italian cities came on the scene with the desire to host the Eurovision Song Contest 2022. Among the cities were Bologna, Milan, Pesaro, Naples and Turin. On the same day, the rapporteur for Reggio Emilia, Luca Vecchi, suggested that the competition be held in the new RCF Arena. This is Europe's largest outdoor arena with a capacity of 100,000 spectators. The mayor of Rome, Virginia Raggi, also showed interest in organizing the competition, and was joined by cities such as Rimini, Sanremo, Verona and Florence. Marco Di Maio, a member of Italy's Chamber of Deputies, stated that if Rimini was elected, the competition could be produced in collaboration with San Marino RTV. San Marino also participates in the Eurovision Song Contest, and the country is very close to Rimini. In July 2021, the host broadcaster Rai and EBU started the official host city process and on 7 July published a number of criteria and requirements for both the host city and the arena. Among other things, the arena had to be available at least six weeks before the competition, and one week after. The host arena also had to be indoors with air conditioning and have a capacity of around 8,000-10,000 spectators. It also needed to have facilities to house the press, delegations, changing rooms, make-up rooms, technical equipment and the like. The host city had to have more than 2,000 hotel rooms near the arena, and there had to be an international airport within 90 minutes of the city. On July 13, 2021, Rai announced that 17 cities had submitted bids to