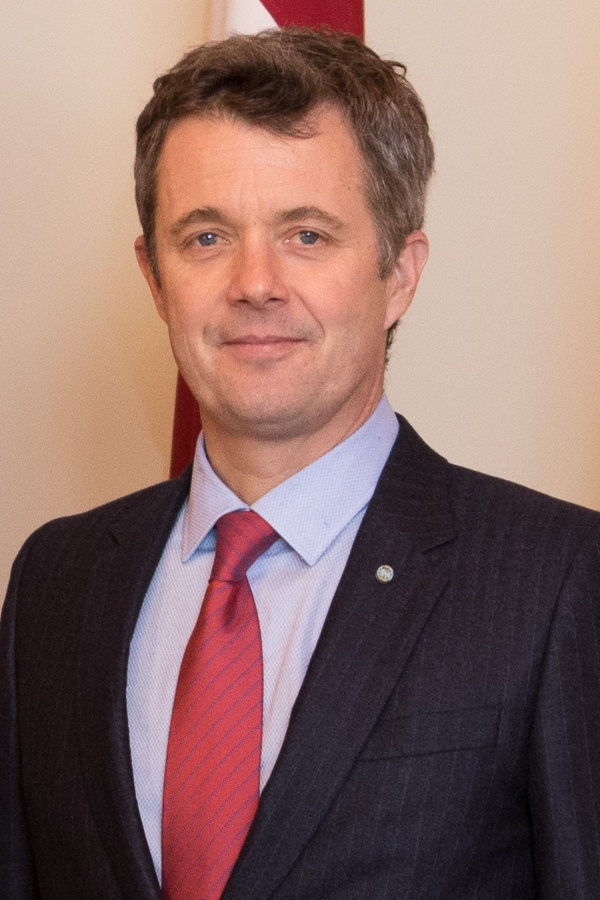 Frederik til Danmark (Frederik André Henrik Christian) (born 26 May 1968 in Copenhagen) is the Crown Prince of Denmark. He is the eldest son of Queen Margrethe II and Prince Henrik. He is the older brother of Prince Joachim, who was born just twelve months later. Frederik has the title Crown Prince of Denmark, which also indicates the right of inheritance to the throne. Crown Prince Frederik is educated at Aarhus University, and also has an extensive military education. On October 8, 2003, Crown Prince Frederik became engaged to Australian Mary Donaldson, whom he had met during the Summer Olympics in Sydney in 2000. The wedding took place in Our Lady's Church in Copenhagen on May 14, 2004. The Crown Prince and Crown Princess had their first child, Prince Christian, on 15 October 2005. On 21 April 2007, they had their second child, Isabella Henrietta Ingrid Margrethe. On January 8, 2011, the Crown Prince and Crown Princess had twins, a boy and a girl. The twin children are named Vincent and Josephine. As descendants of Sophia of Hanover, Crown Prince Frederik also has the right to inherit the British throne, but is far down the list. In 1990, Frederik was awarded the Grand Cross by the Order of St. Olav.

Crown Prince Frederik holds a number of Danish and foreign orders and awards: