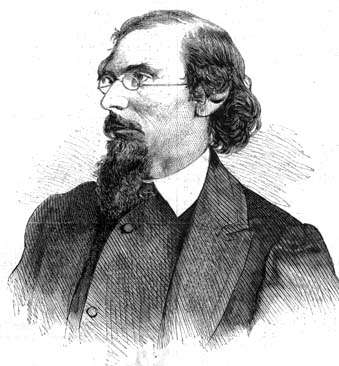 George Inness (born May 1, 1825, died August 3, 1894) was a prominent American landscape painter. One of the most influential 19th century American artists. Inness trained while traveling in Europe and was impressed by the work of Corot and the Barbizon School works. He drew motifs from his homeland, mainly the areas around the Hudson River, and became one of North America's foremost landscape painters. In Paris, in 1867, he exhibited Sunset, which attracted much attention. He liked to paint in dark tones in evening and night moods. In Pinakotek in Munich, his painting is Niagara Falls. Although Inness' style evolved through distinct stages of a productive career spanning more than forty years and 1,000 paintings, his works consistently received recognition for their powerful, coordinated presentation to evoke depth. of mood, atmosphere and emotions. As a master of light, color and shadow, he became known for creating orderly and complex scenes that often put hazy or blurry elements together with sharp and refined details to evoke an interweaving of both the physical and the spiritual nature of an experience. George Inness is often called "the father of American landscape painting."