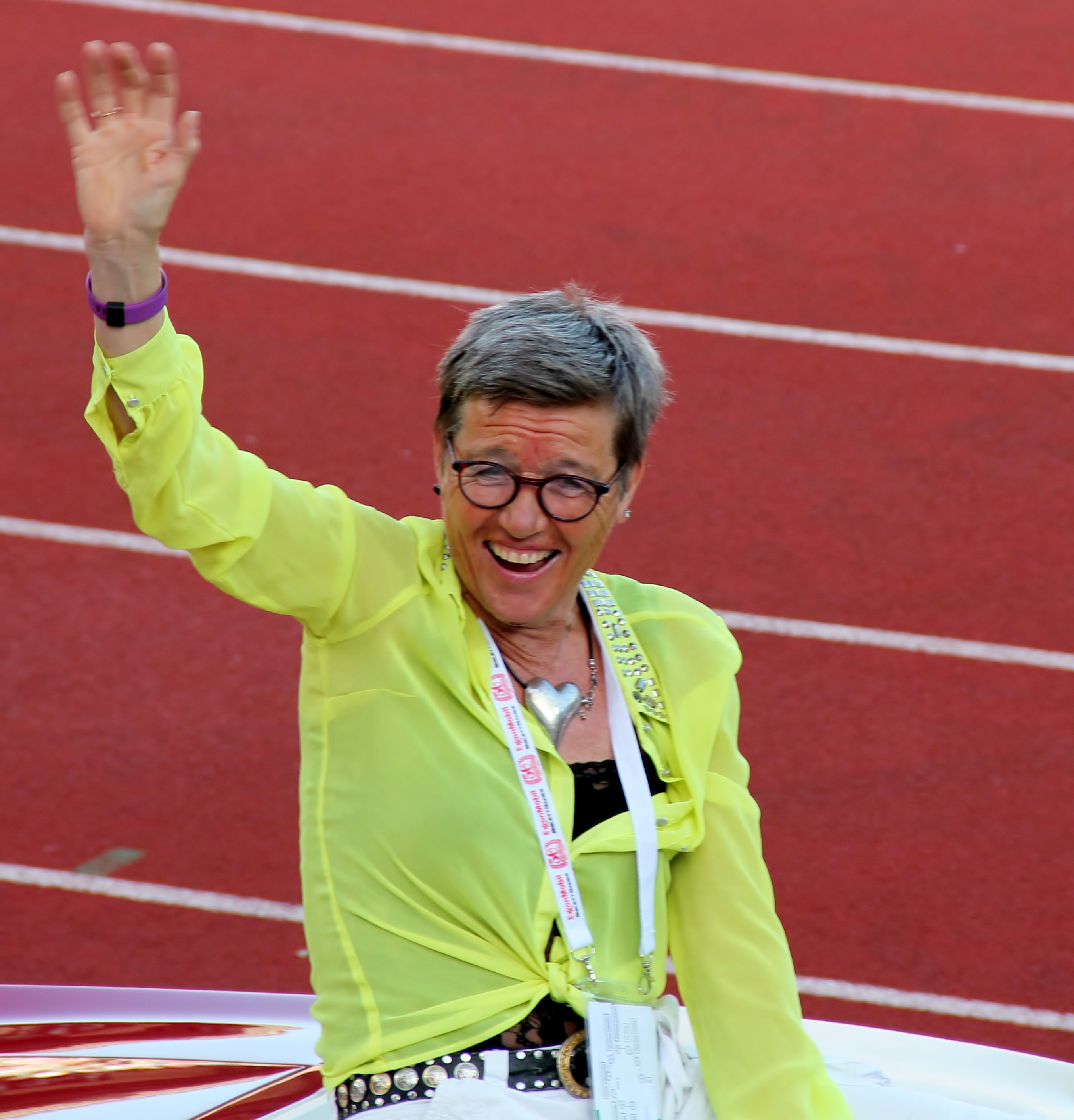 Ingrid Kristiansen (born Ingrid Christensen; March 21, 1956 in Trondheim) is a Norwegian former athlete and long-distance runner, who in the second half of the 1980s was among the world's foremost. She became world champion in the 10,000 meters in 1987, and set five world records during her career. She ran for IL in BUL. She is even better known as a marathon runner, with victories in a number of well-known races, such as the New York City Marathon and similarly in Chicago, Boston and London. For many years she also had the world's best time in the marathon distance (2.21.06). Kristiansen was also a very good cross-country skier. She became European champion in junior relay in 1974, and won eight NM titles in relay. In 1978, she participated in the World Ski Championships in Lahti, where she finished 21st in 5 km. She was a board member of Anti-Doping Norway from 2005 to 2013.

Kirkebøen, Stein Erik (1986). "Ingrid Kristiansen: A victory that does not cost is worth nothing." Sports girls: the road to the top. Oslo: Universitetsforlaget. pp. 47-56. ISBN 8200357570. [Access for Norwegian IP addresses on the National Library's website]