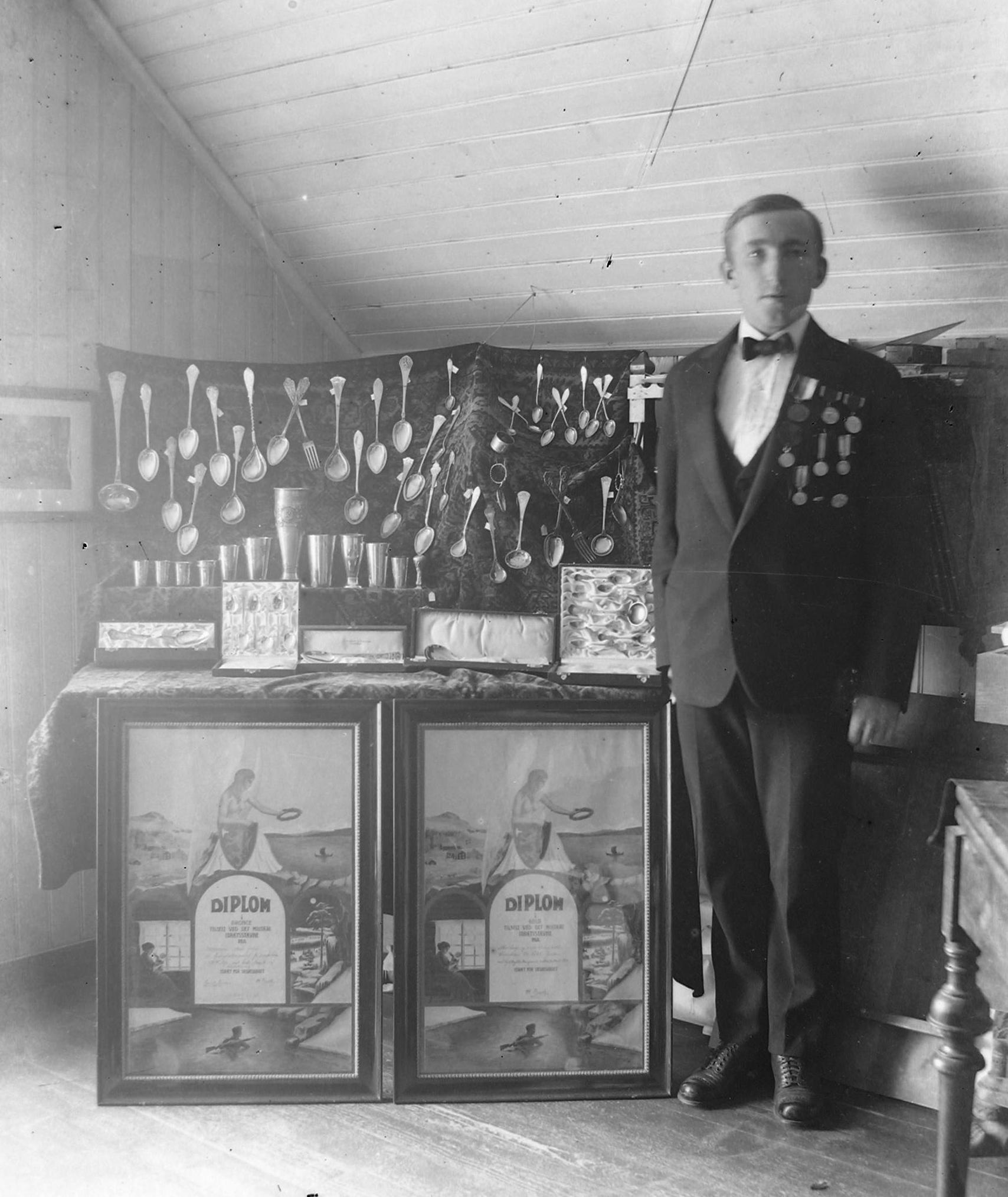 Johan "Sainnen" Larsen Evjen (born 4 August 1887 in Orkdal, died 14 September 1971 in the same place) was a Norwegian cross-country runner who represented Orkanger Sports Association. Evjen received the king's trophy in 1912 at the foundation race at Orkanger. He became the Norwegian champion in 30 km cross-country skiing at the main national race (NM) in 1916, and took third place in 1917. Evjen made his debut as a skier locally in 1903, and made his foreign debut with a victory in a race in Sweden in 1915. Evjen will, among other things, have participated ten times in the Holmenkollen, nine times in the Birkebeinerrennet, and ten times in the Reinsfjellrennet. The first time he participated in the Birkebeinerrennet he was 45 years old. He ran his last hiking race at the age of 82, the Flyktningerennet in 1969. He is remembered for the quote "I'll stop skiing even if my heart hangs and dangles in my ass", when he skied for many years despite struggling with heart fibrillation. Evjen worked his whole working life at the railway, as a lineman and locomotive driver. His regular nickname "Sainnen" is supposed to come from the fact that he grew up on the former homestead Sainnen, which today is part of the center of Orkanger. Since 1974, Orkanger IF has organized the 27 kilometer long Johan Evjens Minnerenn. In 1986, a bronze relief of him was unveiled at the municipal building in Orkanger, made by the sculptor Astrid Kraft.