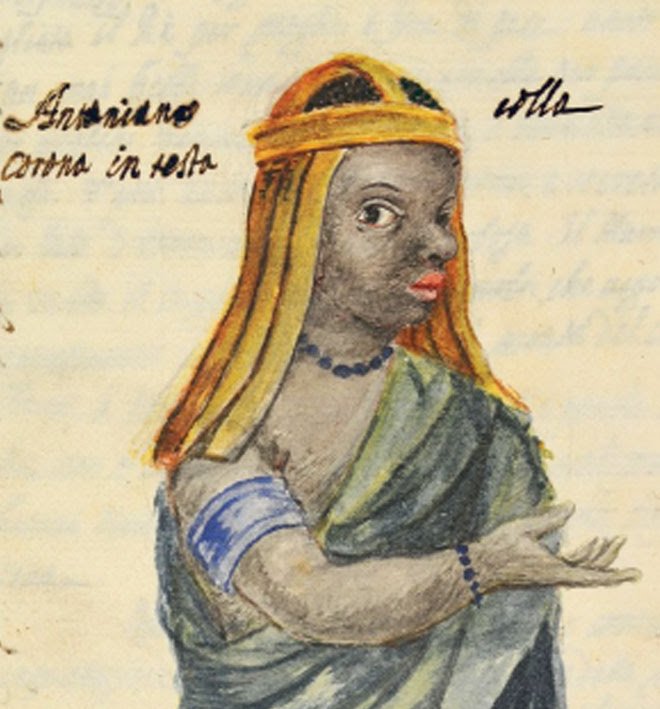 Dona Beatriz Kimpa Vita Nsimba, or Quimpa Vita (born 1684 near Monte Quibangu, executed June 2, 1706 in Evululu Eastern Kingdom), was a Congolese prophet and Christian leader. The title "Dona" shows that she was born into an upper-class family. She was later named Beatriz after the Catholic saint. She established her own syncretist Christian movement, Antonianism; who taught that she was an incarnation of Saint Anthony of Padua and that Jesus Christ and other early Christians were from the Kingdom. UNESCO has included Kimpa Vita in its list of significant women in African history.

As the wars against the Portuguese escalated in the Kingdom in the latter half of the 17th century, the kingdom disintegrated. It was divided into small territories ruled by warlords and members of Congo's old upper class. The memory of the Congolese heyday lived on, however, and several popular movements arose, based on the desire of people to recreate the former greatness of the kingdom. Catholicism had been practiced in Congo both among the upper class and the rest of the people since the 15th century military power, linked its hope that the Holy Trinity and Catholic saints would save the country and give it back its former power and glory. This thus became the driving force behind several of the new spiritual and religious movements that emerged.

The most important of the many new movements was Antonianism, which was founded by Kimpa Vita. In 1704 she became ill and claimed to be possessed by the spirit of St. Anthony, who after this took up the problems of the kingdom through her. She had from previous training as a nganga marinda, a human being who consults with the spiritual world to solve worldly problems. As a medium for St. Antonius, she preached and worked for a revitalization of the kingdom through a vision of Catholicism that was strongly linked to Congolese history and geography. The sacred communication she had with Heaven revealed that there was an African holy family. According to this vision, Jesus was born in M’banza Congo (as the Portuguese called São Salvador) and baptized in the northern province of Nsundi. Mary's mother was a slave to the Congolese nobleman Nzimba Mpangi. Kimpa Vita also taught new versions of Ave Maria and Salve Regina, which were more relevant to a Congolese way of thinking. Proponents of Antonianism believed that Saint Anthony of Padua should be the salvation of the Kingdom. Kimpa Vita recognized the authority of the Pope, but was in opposition to the European missionaries, and through Antonianism she preached a Christianity adapted to Congolese traditions. The missionaries, Portuguese and Italian Capuchins, rejected her mixed religion. She began preaching that she was a messenger of God who died every Friday and spent every weekend in heaven talking to God, returning to earth every Monday. During these sessions, she learned that Congo, again under Vila's leadership, had to unite under one king, as civil wars had angered Christ. She visited a couple of the leaders who claimed the throne, without wanting to take her message. She and her large crowd of followers then occupied in 1705 São Salvador itself where they established a headquarters in the old, demolished Catholic cathedral. The whole city had been laid in ruins after the civil wars in the 1660s. Her many followers rebuilt the city, after Kimpa Vita had proclaimed that this was God's will. She decreed that one should destroy Congolese nkisi, amulets with inherent spirit beings, because they were false idols. She also destroyed non-Congolese Catholic paraphernalia. When she was in audience with King King Pedro IV, she condemned him for his unwillingness to restore Congo to the greatness of the kingdom of old; in addition, she condemned the Italian Capuchin priest Bernardo de Gallo, whom she accused