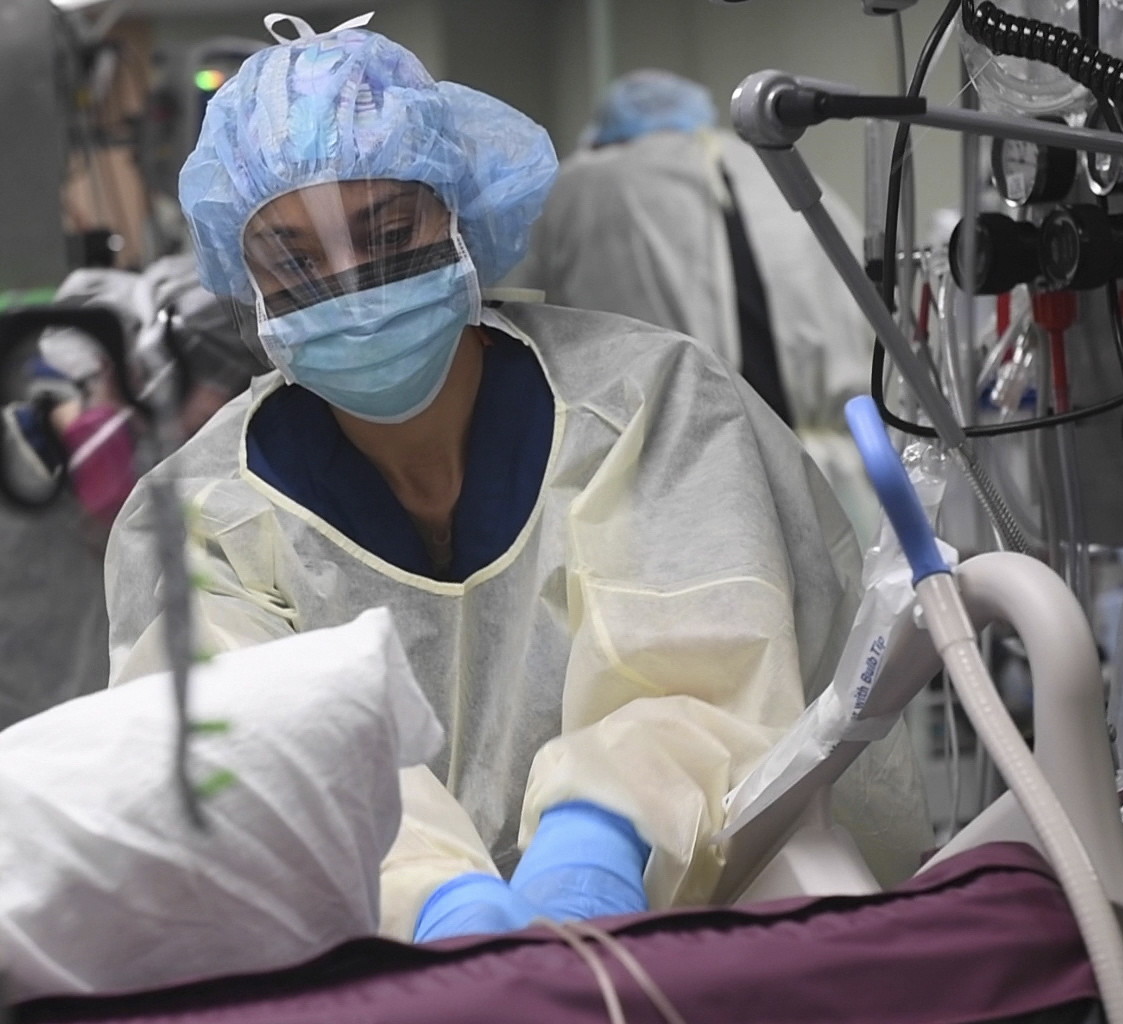 The coronavirus pandemic, or covid-19 pandemic, is a worldwide outbreak of the covid-19 respiratory infection. The disease was first diagnosed in December 2019 in the million-strong city of Wuhan in the Chinese province of Hubei. It developed during January 2020 into an epidemic in parts of China, and then spread to the whole world as a pandemic. The outbreak was triggered by the hitherto unknown coronavirus SARS-CoV-2. Discovery in Wuhan The eruption took place in Wuhan, a million-strong city in Hubei Province, China. The virus was first detected in people in Wuhan who had contracted a pneumonia of unclear origin. Several of them worked in and around the stalls at Huanan seafood market, where, among other things, live animals were sold. People who become infected can get the disease covid-19, which is a form of respiratory infection. Many of the people who were infected had been in this market that engaged in wholesale trade in live and dead animals and fish - ye wei. The items included chickens, cats and pheasants; it is unclear whether bats were also sold. One hypothesis is that the virus originated in bats from the genus rhinolophus which is a natural reservoir for a virus (SARSr-CoV RaTG13) very similar to SARS-CoV-2. Shellfish are also a natural reservoir for coronavirus, and phylogenetic analyzes indicate that the pangolin is a potential reservoir host rather than an intermediate host for SARS-CoV-2. The bat virus is most similar to SARS-CoV-2 but it is unlikely to infect humans, while the shellfish virus will more easily infect humans. It is therefore speculated whether the two viruses may at some point have recombined, as both animals are insectivorous nocturnal animals and are found in the same areas. The alternative is that the source of the virus in humans appears to be shellfish. On January 15, 2020, the Chinese authorities stated that the virus could have spread between family members, and that it was possible that the virus could be transmitted between people. sa Chinese Health Minister January 26, 2020,. He further said that the virus can also be transmitted during the asymptomatic incubation period. At the end of January, the Chinese authorities assessed the outbreak as a category B disease in line with AIDS, SARS and polio. Nevertheless, the authorities treated it as a category A disease - of which China otherwise has only two: cholera and bubonic plague.15. As of March 2020, more than 152,000 people were reported infected in 141 countries and territories worldwide. About 5,720 people were confirmed dead.2. April 2020, over 1,000,000 people were reported infected with the virus according to the worldometer. On April 3, more than 54,000 people died from the virus and more than 200,000 people recovered from the virus. On December 27, a man was admitted to the Hôpital Avicenne in Bobigny near Paris in France and tested for the flu; the test was negative. On 3 May 2020, however, Yves Cohen, head of resuscitation at the hospital, announced that a later repeated test of the sample material from December had shown that the man had had covid-19. Cohen said it was too early to say whether the man had been France's "patient zero". In Europe (as of March 15), Italy, Iceland, Norway, Spain and Switzerland were the hardest hit countries after confirmed infections per 100,000 inhabitants. In Lombardy, 113 patients died of the virus in one day on 7 March 2020. As of 15 March 2020, 21,157 Italians have been confirmed corona-positive or died of the virus. In Norway, 195,808 (October 15, 2021) were confirmed infected and 884 (October 15, 2021) died of the virus. On March 11, 2020, the World Health Organization declared the virus outbreak a pandemic.