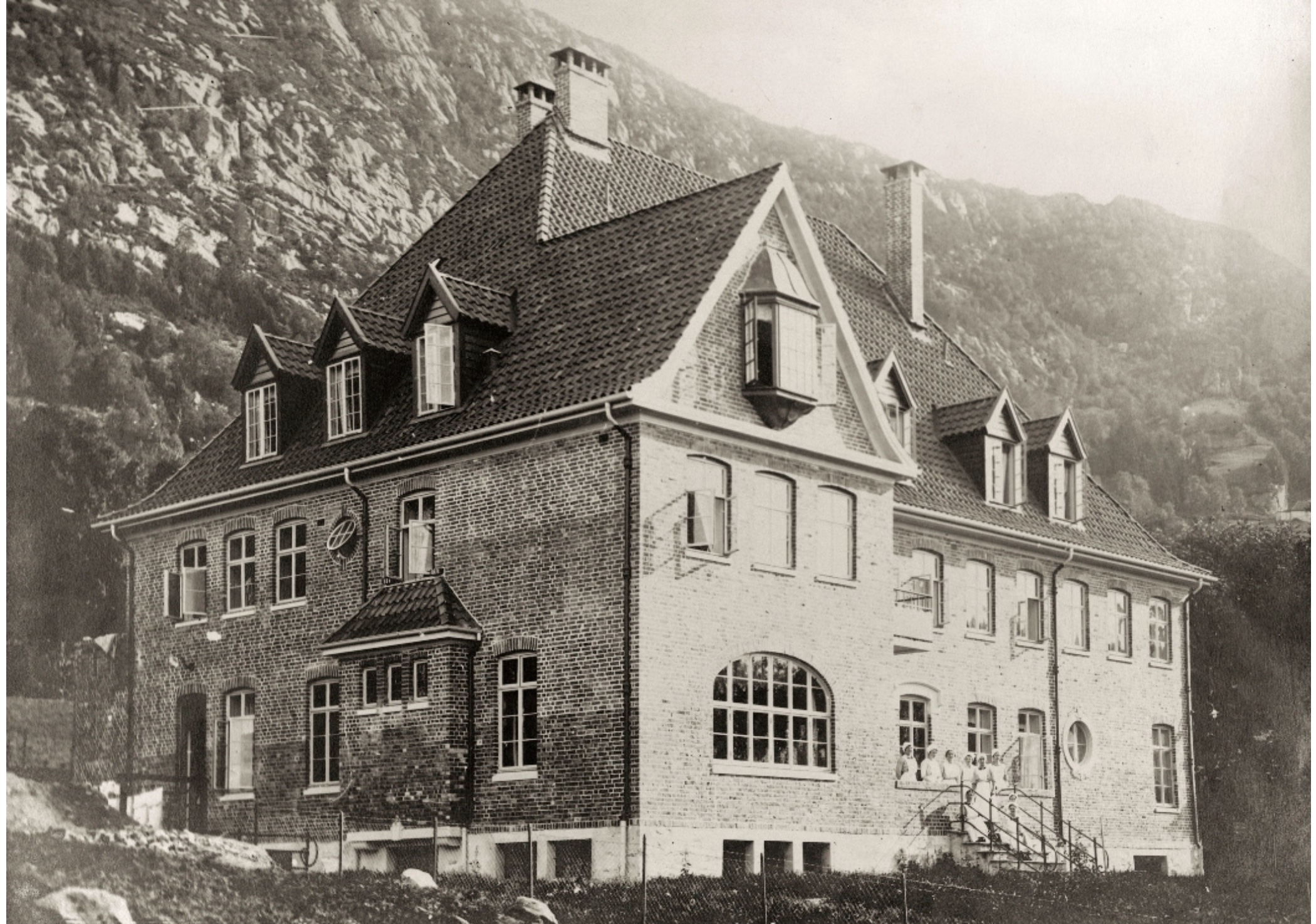 60 ° 24′32 ″ N 5 ° 19′32 ″ E Kvindernes Bygning is a building in Amalie Skrams vei 5 in Sandviken in Bergen, which was built in 1915 for Bergen Kvinnesaksforening on the initiative of the association's leader Fanny Schnelle, and designed by architect Egill Reimers. The building included offices for the association, teaching rooms for the association's housewife school and 13 rental apartments for working, single ladies. In the 1980s, it was converted into owner-occupied flats.

The idea of ​​a «women's building» arose in Copenhagen in 1895 in connection with the exhibition «Kvindernes Udstilling» with Queen Louise as protector and Emma Gad as central organizer and promoter. In the years that followed, the idea was discussed in the women's movement in Scandinavia. In Denmark, the Women's Building in Copenhagen was first realized in 1936, and the Danish Women's Society has offices in the building. Not everyone in the women's movement thought it was necessary or desirable to have their own «women's building». Gina Krog, the central leader of the Norwegian women's movement, stated at the Nordic women's meeting in 1903 that the idea of ​​a women's building [has] never appealed to me in the slightest. Why do we need a special women's building? In almost all the buildings of society we have gained access, in the university we do not just give guest roles. In the municipality we have entered. Now that we have all these buildings opened to us, I mean we should not have any special women's building. I think there is something wrong with this. The men's building! If you built a building for men! It's not appealing. You just think! In Bergen, the leader of the Bergen Women's Affairs Association, the wealthy philanthropist and politician (for the conservative Liberal Left) Fanny Schnelle, was a supporter of the idea, and she realized the project. The building was completed in 1915 and was owned by a limited company, Kvindernes Bygning A / S, which was owned by members of the association, including Schnelle. Schnelle also lived in the building himself. In 1986, the building was sold to a real estate development company and Kvindernes Bygning A / S was dissolved. The building was then rehabilitated and converted into owner-occupied apartments in the upper price range. The archive after Kvindernes Bygning A / S belongs to Bergen Byarkiv.