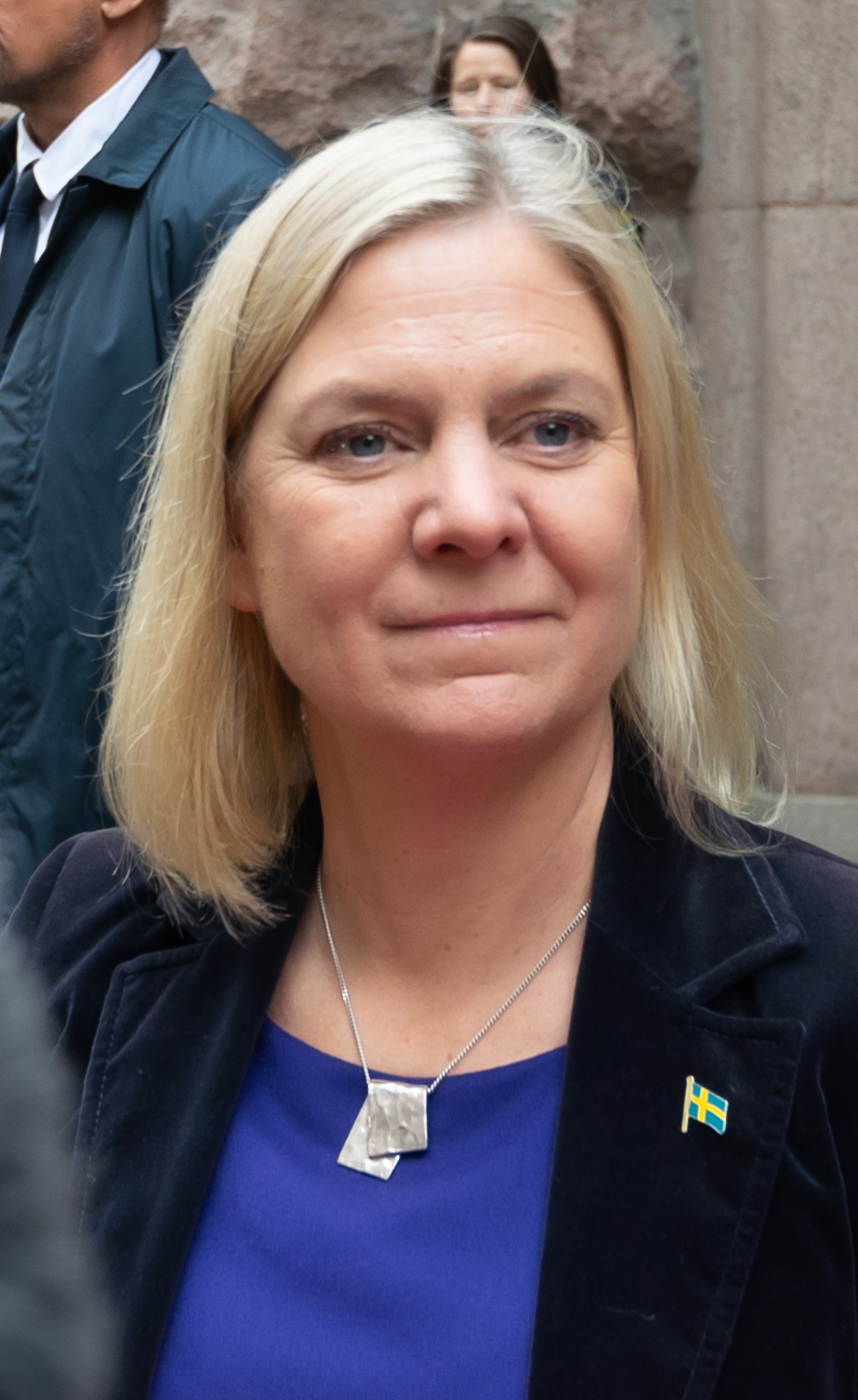 Magdalena Andersson (born 23 January 1967) is a Swedish politician who since 30 November 2021 has been Sweden's Prime Minister. She heads Magdalena Andersson's government. Since November 4, 2021, she is the party leader in Sweden's Social Democratic Workers' Party. From 2014 to 2021, she was Minister of Finance in Stefan Löfven's first, second and third government. From 2009 to 2012, she was Director General of the Swedish Tax Agency. Andersson has a master's degree in economics from the Stockholm School of Economics with a degree in 1992. She started a research education, but did not finish it. In 1994, she studied at the Institut für Höhere Studien in Vienna and in 1995 at Harvard University. On November 4, 2021, she was elected party leader of the Social Democrats, and she thus became the second woman to lead the party.

On 24 November 2021, the Riksdag approved the Speaker's proposal that Andersson should be elected new Prime Minister of Sweden. In order for the vote to be considered an approval, no more than half of the members of the Riksdag had to vote against Andersson. During the vote, 174 of the 349 members of the Riksdag voted against her, 117 voted in favor and 57 abstained. One member of parliament was absent during the vote. Her government was expected to take office on November 26, 2021. After the vote on the Prime Minister, there was a vote on the budget in which the budget proposal from the Moderates, Christian Democrats and Sweden Democrats received a majority. The government would thus have to govern on a budget proposed by the opposition. On the evening of 24 November 2021, the Green Party announced that they withdrew their support for the minority government as they did not want to govern on a budget over which the Sweden Democrats had had influence. It was thus possible to hold a new vote on the election of the Prime Minister in the Riksdag. In a new vote on 29 November 2021, the Riksdag approved Andersson for the second time as the new Swedish Prime Minister. There were 101 who voted for her, 75 who voted blank and 173 who voted against her as the new prime minister. There were thus no more than half who were against, and she could thus be considered approved. On November 30, 2021, she formed Magdalena Andersson's government, and she took over as Sweden's Prime Minister from Stefan Löfven. the change of government took place in a council at Stockholm Castle under the leadership of King Carl XVI Gustav.