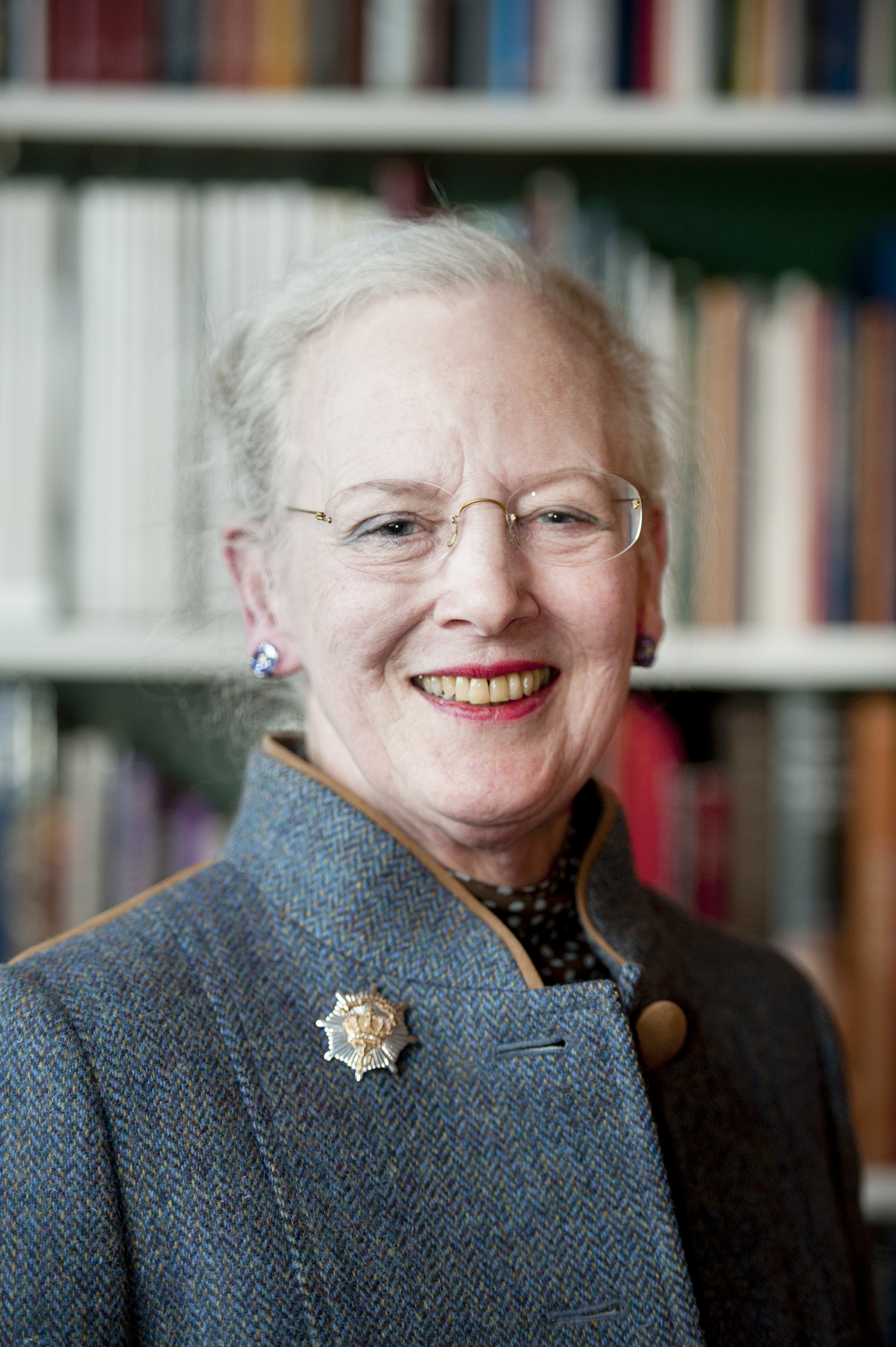 Margrethe II of Denmark (Margrethe Alexandrine Þórhildur Ingrid) (born 16 April 1940) is the reigning queen of Denmark. Until 1944 she was also Princess of Iceland. She belongs to the northern German princely house Glücksburg, and is the third cousin of Harald V of Norway. On June 10, 1967, Margrethe married the French count's son Henri de Laborde de Monpezat, from then on called Prince Henrik. Together they had sons Crown Prince Frederik, born May 26, 1968, and Prince Joachim, born June 7, 1969. Margrethe has two sisters: Benedikte of Denmark, born 1944, married to Richard zu Sayn-Wittgenstein-Berleburg and Anne-Marie of Denmark , born 1946, married Constantine II of Greece.

As a result of the parents, Fredrik IX and Ingrid, not having a son who could be heir to the throne, Margrethe eventually succeeded her father as monarch. The king's younger brother, Knud, was heir apparent, and after him his eldest son, Ingolf. Many would like to see Margrethe on the throne. For some years, the Folketing had considered changing the Danish constitution, but had left it at that, as a change required that 45% of the people with the right to vote should vote for it. Prime Minister Erik Eriksen got the idea to include female succession in the change, so that more people would vote in favor. Although almost the entire Folketing was in favor of the change, and despite the royal house's popularity, the change was only just adopted, with 46% participation. The Succession Act of 1953 led to Princess Margrethe becoming the first in the succession. She became queen in 1972, and in January 2012 celebrated her fortieth government anniversary.

Among Queen Margrethe's orders is also the Grand Cross with a chain of the Order of St. Olav. Margrethe has artistic interests and abilities. In 1977, under the pseudonym Ingahild Grathmer, she illustrated a Danish edition of J.R.R. Tolkien's Lord of the Rings. Since then, she has illustrated other books, designed costumes for theater and film, and designed and embroidered shotguns and episcopal robes for several churches and dioceses. Her paintings have also achieved good prices, and she has had several exhibitions.

Queen Margrethe II holds a number of Danish and foreign orders and awards: