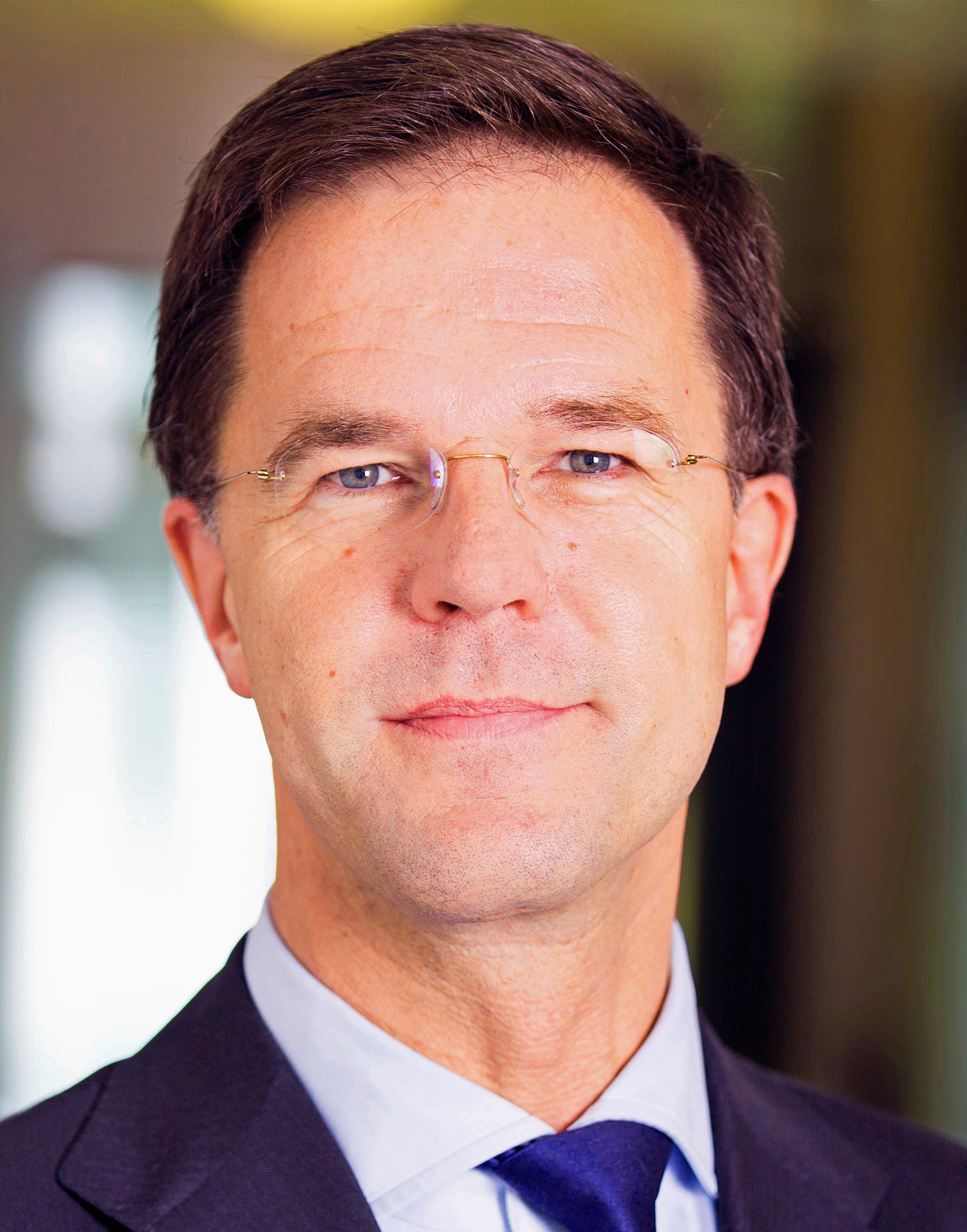 Mark Rutte (IPA: [ˈmɑrk ˈrʏtə], born 14 February 1967 in The Hague) is a Dutch Liberal Conservative politician. He has been Prime Minister of the Netherlands since 14 October 2010. His fourth government was installed on 10 January 2022, almost ten months after the elections in the Netherlands in 2021. He is also the leader of the Volkspartij voor Vrijheid en Democratie (VVD / People's Party for Freedom and Democracy) , and he has held this position since June 29, 2006. Before becoming Prime Minister, he was State Secretary for Social Affairs and Labor 2002–2004, State Secretary for Education, Culture and Research 2004–2006 and the party's faction leader in Parliament 2006–2010.

Mark Rutte comes from a Christian family in The Hague. He is unmarried and belongs to the Protestant Church in the Netherlands. Rutte was a high school student and specialized in art subjects 1979–1985. Although his original ambition was to study at a music conservatory and become a concert pianist, he began studying history at the University of Leiden, where he took a master's degree in 1992. In addition to his studies, he was a board member of the youth organization of VVD, Jongeren Organisatie Vrijheid en Democratie (JOVD), where he was leader 1988-1991.

After graduating, he entered the business world as director of Unilever and Calvé. Until 1997, he was employed in the personnel department at Unilever and played a key role in several reorganisations. Rutte was HR manager in the subsidiary Van den Bergh Nederland 1997–2000. In 2002, he became HR manager at IgloMora Groep, another of Unilever's subsidiaries.

Rutte has been Prime Minister since October 14, 2010, with ever-changing parliamentary bases, in governments with the Labor Party Partij van de Arbeid and the center parties Christen-Democratisch Appèl and Democraten 66. From 2010 to 2012, Rutte's government sought support in parliament from the right-wing populist Partij voor de Vrijheid , without these getting ministerial posts. In 2014, Rutte's government had to deal with the aftermath of Malaysia Airlines Flight 17, in which nearly 200 Dutch nationals died after a passenger plane was shot down by anti-aircraft missiles over the Donbass. The Netherlands demanded from Russia that an international court be set up to convict those responsible for the accident. Mark Rutte resigned as prime minister on 15 January 2021 after it became known that thousands of Dutch people had been wrongfully punished for social security abuse, not unlike the Norwegian social security scandal in NAV. From that time, Rutte led a business ministry that was to function until the election on March 17, 2021. After the election in 2121, there was a very unclear parliamentary basis for a new government. A government that was Rutte's fourth in a row was installed on January 10, 2022

In 2008, Rutte said in an interview that the Netherlands had to get away from the "terror of mediocrity": The state must be small but strong, and no machine of happiness that steals the free lives of individuals. People must be able to find their place in society and have room to do something exceptional. VVD is fighting to raise the underclass through a good teaching program, so that in the next round they can stand on their own two feet. Happiness lies with the people, not with the state. At the same time, he expressed that foreigners should be required to. One must have the courage to say: “this foundation of civilization, this language, this constitution and