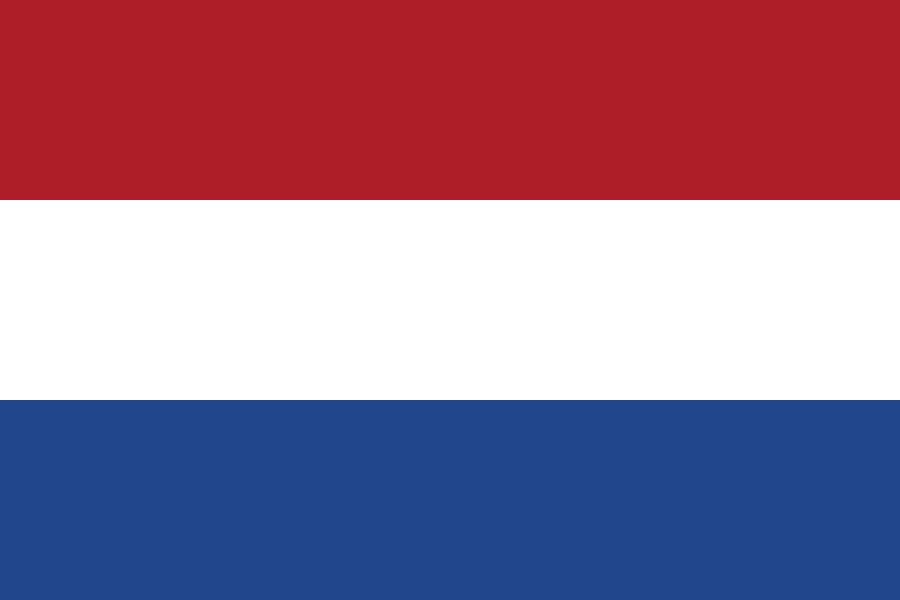 The Netherlands (Dutch: Nederland; Frisian: Nederland) is a country in Western Europe, in addition to three Caribbean islands that are often described as the Caribbean Netherlands. The country is the largest constituent country in the Kingdom of the Netherlands, both in area and population. The Netherlands is a small and densely populated country. The country borders the North Sea to the west and north, Belgium to the south and Germany to the east. In the country's constitution, Amsterdam, the largest city, is designated as the capital, while The Hague houses the government and parliament. In addition, Rotterdam is one of the most important cities in the Netherlands, with the largest port in Europe, three times as large as the second largest. The city of Utrecht in the center of the country serves as an important hub, and is the city most railway lines and motorways pass through or along. Other large cities are Groningen in the north, which is the country's eighth largest city, and Eindhoven in the south, which is the country's fifth largest city, and houses, among other things, the electronics company Philips. The municipality with the most inhabitants is Amsterdam. The Netherlands takes its name from the country's flat and low geography, with only 50% of the area higher than one meter above sea level. Most areas below sea level are reclaimed land - so-called polders - and these areas make up approx. 17% of the Netherlands' total area. With a population density of 406 people per square kilometer - 497 without water - the Netherlands is one of the most densely populated countries in the world. Only Bangladesh, South Korea, and Taiwan have both larger populations and higher population densities. If Norway had been as densely populated, there would be about 150 million people living in Norway. If the population density in the Netherlands had been the same as in Norway, there would only be about 550,000 people living in the Netherlands. The Netherlands is still the world's second largest exporter of food and agriculture, beaten only by the United States, due to its mild climate and rich soils. The Netherlands is one of the founders of the EU, the eurozone, the G-10, NATO, the OECD, the WTO union. In addition to being the seat of the Organization for the Prohibition of Chemical Weapons, the country and hosts several international courts, including; The Permanent Court of Arbitration, the International Court of Justice, the International Criminal Court, and the International Criminal Tribunal for the former Yugoslavia. The first three are located in The Hague, together with the EU's criminal intelligence agency Europol and Eurojust, which has given the city the name "world law capital". Politically, the Netherlands is also a member of the Schengen area. The Netherlands has a market-based mixed economy, ranked 17th out of 177 countries according to the Index of Economic Freedom. The country had the thirteenth highest gross domestic product per capita, and in 2013 was ranked as the fourth happiest country in the world, reflecting the country's high standard of living. The Netherlands was also one of the first countries in the world to have an elected parliament, and has since 1848 been a parliamentary democracy, and a constitutional monarchy. The Netherlands is often considered a very liberal country, with abortion, prostitution, and active euthanasia legal, while maintaining a liberal drug policy. In 2001, the Netherlands became the first country to allow same-sex marriage. The Netherlands, like Aruba, Curaçao and Sint Maarten, is one of four constituent countries in the Kingdom of the Netherlands (Koninkrijk der Nederlanden). The relations between these states were laid down in the Statutes of the Kingdom of the Netherlands (Statuut voor het Koninkrijk der Nederlanden) from 15 December 1954 to 10 October 2010, when the Netherlands Antilles were dissolved and Curaçao and Sint Maarten became new constituent countries, while Aruba expired in 1986 as a separate constituent country. Although the different constituent countries are formally the same, community affairs (including foreign policy, defense) are dominated by the Netherlands. 98% of the total population lives in the Netherlands. The Netherlands was formerly called Holland, but this is really only the name of the provinces Noord-