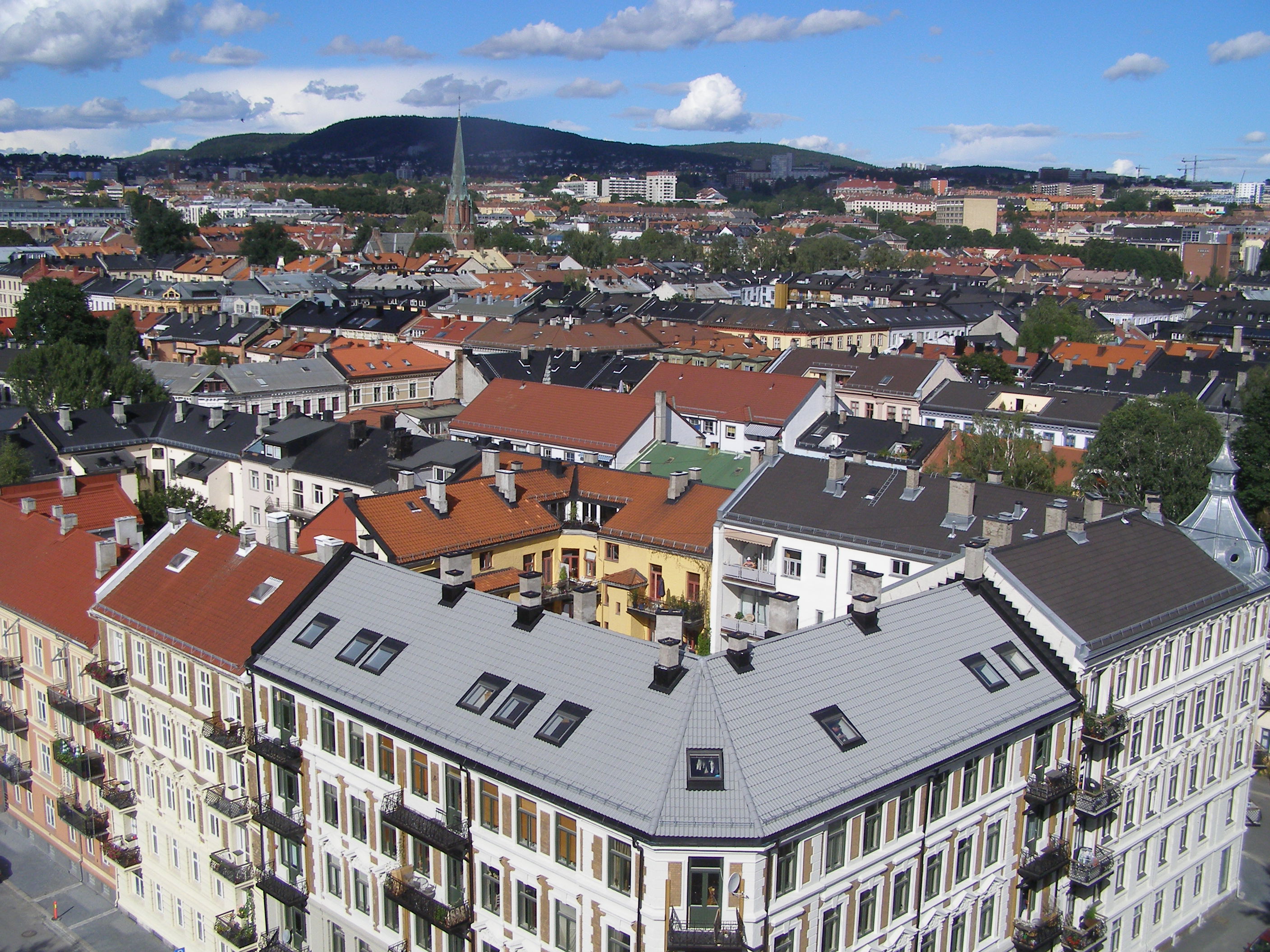 Oslo (between 1624 and 1925 Christiania, from 1877 to 1897 also written Kristiania) is Norway's capital, smallest county in area and most populous city. The county and the city municipality are located in the central eastern region, in the innermost part of the Oslo Fjord. Oslo Municipality has 697,010 inhabitants (as of the 4th quarter of 2020). Together with parts of eleven nearby municipalities, Oslo has a population of 1,043,168 as of 1 January 2021. The entire Greater Oslo region had 1,546,706 inhabitants (as of 1 January 2021). The neighboring municipalities are Bærum and Ringerike in the west, Lunner in the north, Nittedal, Lillestrøm, Lørenskog and Enebakk in the east, and Nordre Follo and Nesodden in the south. Oslo is, as the only Norwegian municipality, also a county, and is thus in a special position with regard to local government. Modern Oslo comprises two historic municipalities, the historic market town of Oslo / Christiania, and the former rural municipality of Aker, which before the merger in 1948 was 27 times larger than the then Oslo and which thus constitutes most of the modern city's territory. Oslo / Christiania was the capital of the Akershus castle and the Akershus diocese, which included most of Eastern Norway, until it was separated as a separate sub-district in 1842, and continues to be the administrative center for the sub-district / county Akershus to which the city previously belonged. The modern municipality was named after the medieval city of Oslo in 1925; before 1925, Oslo designated a much smaller area, now known as the Old Town, which until the end of the 19th century was a rural area in Aker outside the city. Oslo is characterized by proximity to forests and fields and by a rich plant and animal life. About 2⁄3 of the municipality's area consists of forests, green areas and water outside the urban development itself, which gives a population density of around 5,000 inhabitants per km² in the built-up part of the municipality. The densest part of the city is located in a cauldron surrounded by green hills. Rivers such as Alnaelva, Akerselva and Lysakerelva flow from the hills through Oslogryta and into the fjord. One kilometer east of Oslo Central Station is the Ekeberg slope with a nature reserve and with Stone Age monuments from up to 10,400 years back in time. Marka is a short subway ride away from the city center. East of Bjørvika, below Ekeberg, is the Old Town, in archeological circles referred to as the Nordic Pompeii due to thick cultural layers underground. According to archaeologists, Oslo was established with an urban structure around the year 1000. The old town's core area is Northern Europe's largest medieval urban area after Visby, and in its entirety protected. In King Håkon Magnusson's time, the medieval town was at its largest. Håkon expanded the city to the east with, among other things, the Oslo Franciscan monastery. On the opposite side of Bjørvika, he built Akershus Castle and Fortress as his residence, and in 1314, power was concentrated in Oslo. After Norway got a common king with Denmark, Copenhagen became a city of residence and a seat for the state administration. Oslo retained some capital functions throughout the Danish era, and was referred to as the Capital. Oslo was the area in Norway that was hardest hit by the Black Death. Then followed the 1400s and 1500s with further decline, demographically and economically. The Reformation meant that Oslo also lost the church as a significant workplace. After the three-day city fire in 1624, King Christian IV decided, against the will of the citizens, that the city should be rebuilt on the opposite side of Bjørvika by Akershus Fortress. The city was to be built with fireproof houses in masonry for the nobility and the rich, while ordinary citizens could build in masonry. The city was given a city plan with straight streets and rectangular quarters according to the ideals of the Renaissance, and it was named Christiania after the king. The oldest Christiania is today known as Kvadraturen. At the dissolution of the Danish-Norwegian union in 1814, the city was obvious as the capital of the independent state of Norway. Oslo was a smaller city by European standards until the 19th century, but after industrialization, growth accelerated. Around the year 1900, the city was a well-established industrial center with almost 250,000 inhabitants