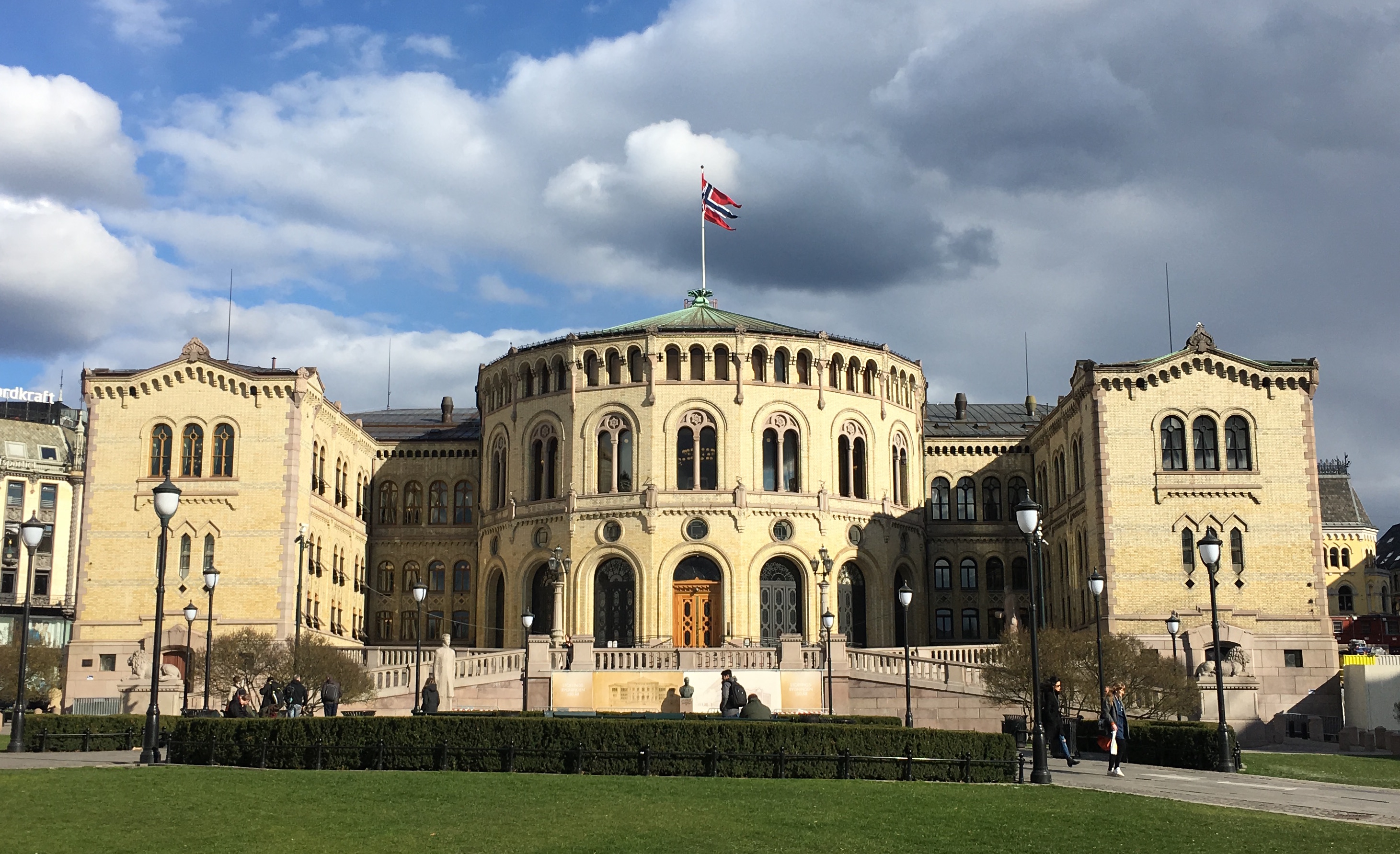 The Storting is Norway's national assembly. It consists of 169 representatives elected from 19 constituencies. Pursuant to section 49 of the Constitution, the Storting is the "people's" instrument for exercising legislative power. Parliamentary elections are held every four years. Voting rights mainly have all Norwegian citizens who have reached (or will turn 18) during the election year or before. Norway has a parliamentary system, which means that the government is accountable to the Storting.

Norway's legislative assembly was established by the Constitution drafted by the National Assembly at Eidsvoll in 1814. Nicolai Wergeland got through there that the name should be "Stortinget", while Christian Magnus Falsen made the terms "Odelsting" and "Lagting" for the two departments. The term "thing" is linked to Norwegian history and Norse language. Things in the Middle Ages or earlier were both legislative and judicial power. The Norwegian constitution is based on a threefold division of state power where the Storting, as the legislative and granting authority, is separated from the judiciary (the judiciary). The divide between the Storting and the executive was shifted, especially with the establishment of parliamentarism in 1884. Until 2009, the Storting was divided into two chambers by law. A quarter of the representatives constituted the Lagting, the rest the Odelsting. The distribution took place at the Storting's first constitution after an election. This scheme was introduced by the Riksforsamlingen at Eidsvoll. The background was Montesquieu's idea that the division into upper and lower houses should create a balance between landowners and citizens. There was also an assumption that the upper house could counteract the special interests and the short-sightedness expected to characterize the lower house. A two-chamber scheme would also call for a more thorough treatment of the laws. Adlers and Falsen's original proposal for a constitution proposed a separate election to the proposed upper house ("Lagthinget") and that the representatives should be elected for nine years. The proposal met with opposition at Eidsvoll and it ended up that representatives of the chambers or departments were to be elected together and each Storting itself appointed a quarter of the Storting members to the Lagting. This compromise between one-chamber and two-chamber systems was unique to Norway. Opposition to a scheme with a completely separate upper house may be due to the ideals of equality in society. Bills were first considered in the Odelsting. If it made a positive decision, this went on to the Lagting, which could approve or propose a change (preferably in the form «The Odelsting's decision is not approved. § X is assumed to obey ...»). When a proposal (or amended proposal) was adopted by both, it was sent to the King in Council for sanction. If the Odelsting and the Lagting remained in disagreement, the matter was considered in plenary, where a two-thirds majority was required for a valid legislative decision. In Supreme Court cases, it was the former Odelsting that decided the indictment, while a selection of Lagting's members made up the court together with a selection of Supreme Court judges. Per Øisang describes the odelsting and the lagting as two "departments" and as a scheme similar to a two-chamber system. Bjørn Erik Rasch writes that the Odelsting and the Legislative Assembly were normally composed so that the distribution between the parties was the same and thus the Legislative Assembly had little practical significance. Rasch writes that the Norwegian scheme until 2009 should be considered a modified two-chamber system. Until 2009, the Storting was divided into two chambers: the Odelsting and the Lagting. When the constitution was amended in 2007, it was transformed into a one-chamber system. The constitutional amendment was adopted by 1 vote (Sverre Myrli). During World War II, the German occupation forces used the Storting building as offices for the National Commissariat. Tasks and authority The Storting's tasks as a national assembly are laid down in Section 75 of the Constitution and include, among other things, legislation, appropriations (taxes, fees, budget), control of the executive branch (the government) and discussion of general political issues as without