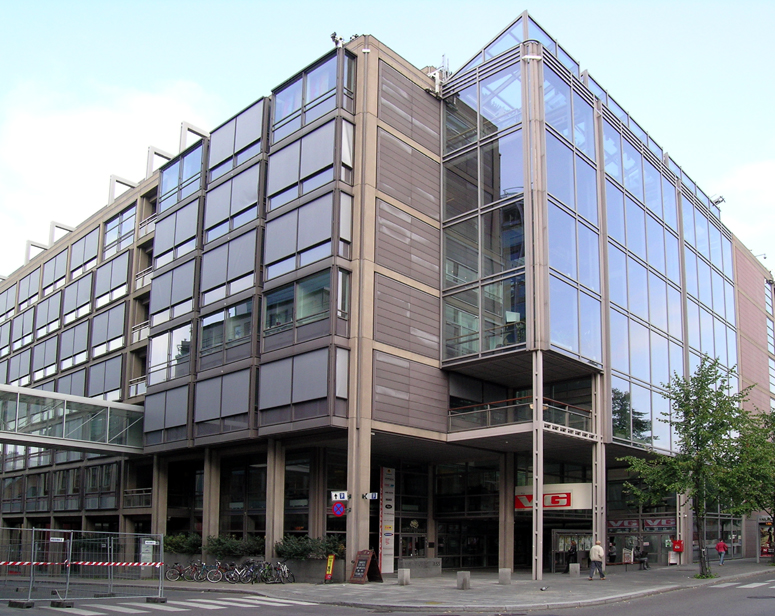 Verdens Gang (VG) is a Norwegian nationwide tabloid newspaper that is published both on paper and in electronic form. VG was Norway's largest paper newspaper from 1981 until 2010 measured in circulation, but was in 2010 bypassed by Aftenposten. The online edition has (as of the end of 2015) the highest number of readers in Norway. The editor-in-chief and managing director is Gard Steiro. The newspaper had very good sales figures in the first half of the 2000s, and during this period it was the Nordic region's largest newspaper, measured by circulation figures. Like other newspapers, the paper edition of VG experienced a decline from the mid-2000s. In 2013–2014, the paper edition had a decline of over 15 per cent, which was the largest decline in daily newspapers.

The first newspaper with this name was started in 1868, but it went bankrupt. Members of Hjemmefronten started a new newspaper with the same name shortly after the end of World War II in 1945. The first issue of the restarted newspaper was published on June 23, 1945. The newspaper is politically independent. VG switched to tabloid format on 2 January 1963. On Wednesday 1 June 2005, the newspaper launched its own sports supplement, VG Sporten, on pink paper five days a week. The sports supplement came seven days a week from February 2006. On Saturday 22 October 2005, VG launched its own weekend magazine, VG Helg. The day before, Aftenposten relaunched the A-magazine. In the autumn of 2007, the Sunday magazine «7» appeared as a supplement to the Sunday newspaper. VG has been the most winning newspaper in the competition "Picture of the Year", which is arranged by the Press Photographers' Club every year. VG has 21 permanent photographers, more than any other Norwegian newspaper. VG is wholly owned by Schibsted Norway, which also owns Aftenposten and several regional newspapers. Schibsted Norway is again owned by the listed company Schibsted ASA.

VG Nett, VG's online newspaper, is published by VG Multimedia, a wholly owned subsidiary of Verdens Gang. This is the largest Norwegian-language online newspaper, ahead of Dagbladet.no. VG Nett also has one of Norway's largest debate forums, VG Nett Debatt. In 2011, the editorial responsibility for VG's paper edition and VG Nett was gathered with Torry Pedersen. VG Nett has 1.6 million daily readers. As the first Norwegian newspaper, VG launched in December 2010 a separate edition specially made for the iPad, under the name VG +. You can access this VG edition by downloading a separate app from the AppStore. VG + comes with two daily editions. In the morning, an edition with an emphasis on news is launched, later in the day an edition with more emphasis on entertainment. At the launch, VG + was free, but later became so that you have to pay to read it.

Verdens Gang took over Tidens Tegns trykkeri in 1945. It has been printed by Schibsted Trykk since 1962.

The commercials with "Nordlendingen" were produced by Dinamo in 2004 and 2005. They were directed by Ivar Vereide, and had Egil Birkeland in the lead role. "Nordlendingen" was nominated for Gullfisken for March 2005. VG's slogan was changed from "Perhaps Norway's most important newspaper" to "The day will not be the same without" in the 1990s. As a parallel to Brexit, VG launched "Berxit", ie Bergen's withdrawal from Norway: "If Bergen leaves Norway, reads you first in VG! ”