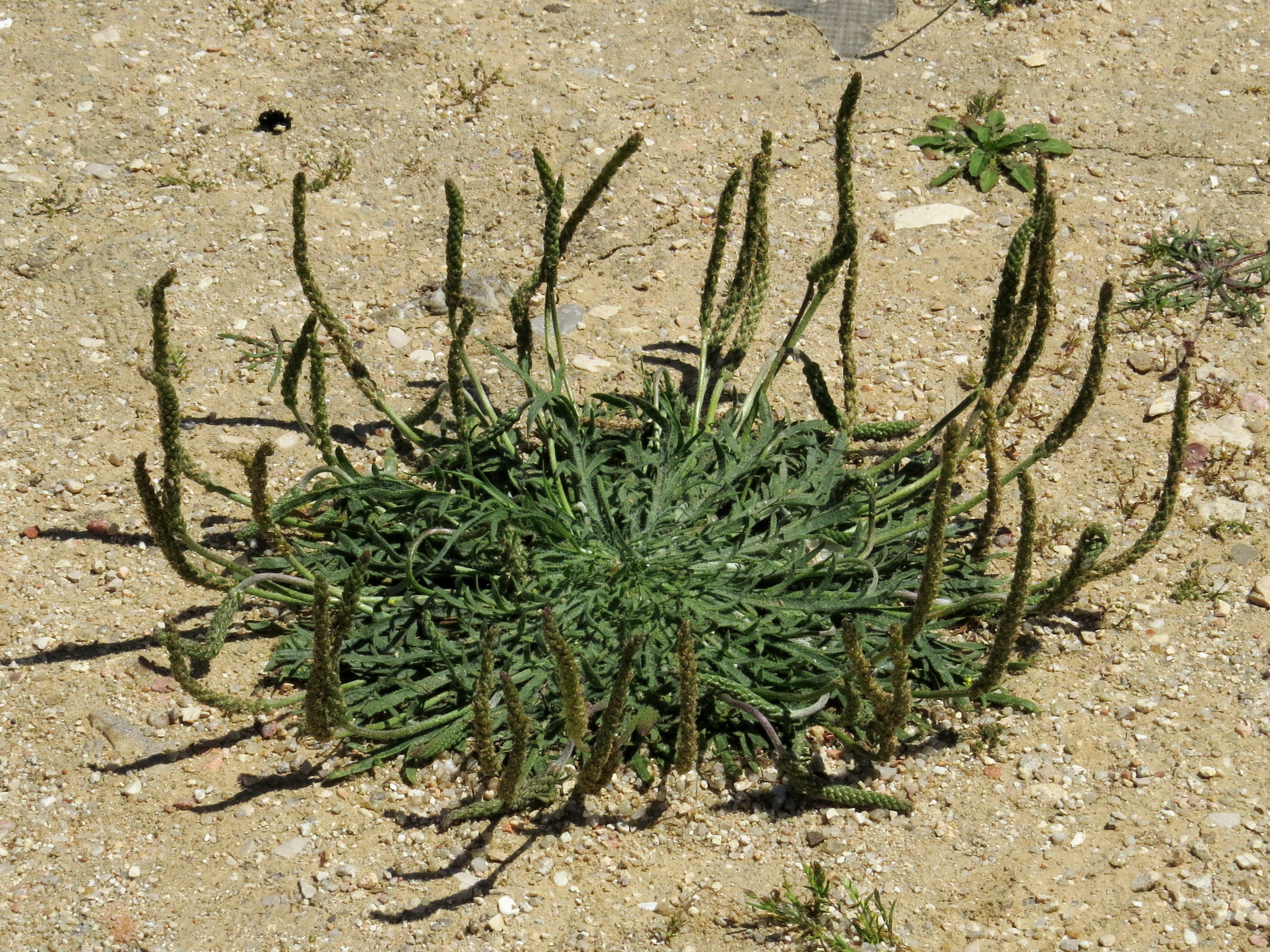 Plantain plantain (Plantago coronopus L.) - a species of plant from the plantain family (Plantaginaceae). It comes from Europe, North Africa and West Asia, but has been spread to all continents except Antarctica. It is an invasive species in some areas. In Poland, it is considered critically endangered in its natural habitats, and at the same time, as in other Central European countries, it has been spreading along roads since the end of the 20th century. The species tolerates high salt concentrations well and is found in a variety of habitats along sea coasts, and also mainly in desert areas and saline roads. It is an edible plant and due to the increase in the area of ​​saline soils due to climatic changes, it is considered a species of long-term utility value. Meanwhile, in crops, it is sometimes considered a weed and an indicator species of excessive salinity. The plant is also used as a medicinal plant.

The species is widespread. The native area of ​​distribution covers the Azores, Canary Islands, North Africa (from Morocco to Egypt and Eritrea), southern and western Europe and the Atlantic coast, the North Sea and the western Baltic Sea in northern and central Europe, southwest Asia to Uzbekistan and Pakistan in east. As an introduced species, it grows along the Pacific and Atlantic coasts of North America (it has also been recorded in Greenland), Chile, Uruguay and Brazil, South America, South Africa, Australia and New Zealand. It was also introduced to Central European countries such as Austria, Hungary and Slovakia. The circumstances of introduction of the species are generally poorly documented, in inland areas of Central Europe the spread of the species is favored by the use of salt during winter road maintenance. The seeds of this species probably ended up in other continents as contamination of the seeds of grasses sown on pastures. In Poland, the species was very rare - known only from a few sites in the western part of the Baltic coast, it was preserved in the second half of the 20th century only in salt pans in Karsiborska Kępa in Świnoujście. At the beginning of the 21st century, it began to be found on salty roadsides, initially in large cities (in Gdańsk and Poznań), and later at numerous sites along roads, especially in the western part of the country.

Slice A herbaceous plant, very variable in terms of size, degree of hair and leaf shape; with a strongly shortened shoot, up to 1 cm in length, with a thin or thick tap root, a dense rosette of basal leaves and raised inflorescence stalks, usually up to 15 cm high, less often more than 20 cm. Hairs are single, woolly, whitish, abundant, usually at least at the base of the leaves. Leaves Twisted, clustered in a down-to-earth rosette, very variable in terms of the shape and degree of hair, usually spread out, sometimes upright, very numerous on older plants. The lanceolate to lanceolate at the base narrows into a narrow petiole, rarely the blade is whole-edged, usually serrated to pinion, while the teeth and leaf patches are delicate or very prominent, even to ovate, patches are often also serrated to incisors - sometimes with double pinnate leaves. The gills can be thin to coarse, while the fleshy ones are usually also more light green. They usually reach 8 cm in length and 1.5 cm in width, but a maximum of 30 cm in length and 5.5 cm in width. Flowers Collected in cylindrical, dense spikes, 1–6 cm long, growing individually on the tops of inflorescence stalks, the development of which