The National Library of Israel 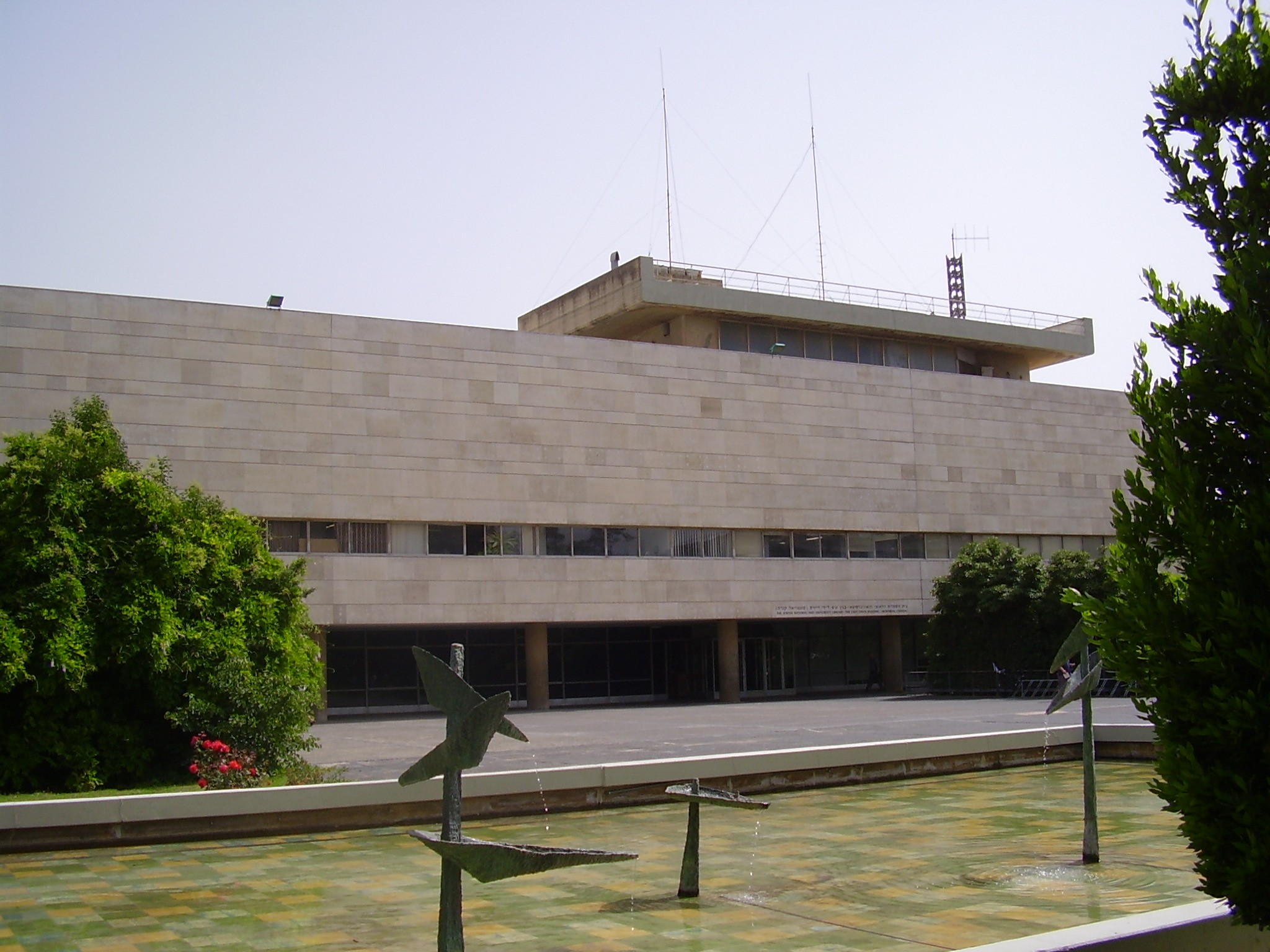 The National Library of Israel (Hebrew הספרייה הלאומית; formerly: Jewish National and University Library, Hebrew בית הספרים הלאומי והאוניברסיטאי) - Israeli national library in Jerusalem. The library has over 5 million books and is located on the Giwat Ram campus of the Hebrew University. The library has amassed the world's largest collection of Hebrews and Judaics and is the owner of many rare and unique manuscripts, books and artifacts.

The "B'nai B'rith Library", established in Jerusalem in 1892, was the first public library in Palestine to serve the Jewish community. The library was located at ul. B'nai Brith, between the districts of Me'a Sze'arim and Migrasz ha-Rusim. Ten years later, the "Abrabanel Midrasz" library, as it was called then, was moved to ul. Ethiopian. In 1920 the "B'nai Brith" collection became the basis for the university library. The books were moved five years later to the university building on the campus on Mount Skopus. In 1948, when access to the Mount Scopus campus was blocked, most of the books were moved to a building in the Rechawia district. At that time, the collection contained over a million books. Due to lack of space, some books were placed in warehouses in the city. In 1960, the library was moved to a new building on the Givat Ram campus. In the late 1970s, when the new university complex was opened, the faculties of law, humanities, and social sciences returned to Mount Scopus, and with them the departmental libraries. The number of people using the library at Giwat Ram has decreased. In the 90s, there were major problems with the maintenance of the building, there were floods caused by rainwater, as well as an insect infestation. In 2007, the library was officially recognized as national. The law, which entered into force on July 23, 2008, called it the "National Library of Israel" and temporarily defined it as a branch of the university, and then granted the status of an independent institution (jointly owned by the government of Israel (50% of shares), the Hebrew University (25%) and others organization).

In 2019, under an agreement between the library and Google, the digitization of 70,000 books was started. 50,000 were transported to Germany, where they will be scanned at a Google facility. The rest will be digitized in Israel. The aim of the project is to popularize Jewish culture, therefore the digital versions will be made available free of charge on the Internet.

Saving the Holy of Holies of Jewish texts (Eng.)