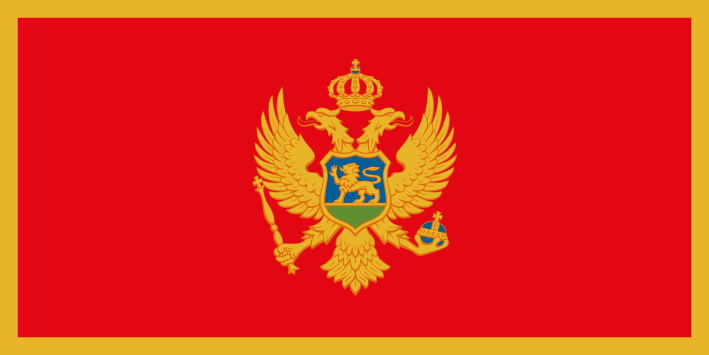 Montenegro (Montenegro. Crna Gora / Црна Гора, IPA [t͡sr̩̂: na: ɡɔ̌ra]) - a country in Southern Europe created after the collapse of Serbia and Montenegro. Previously, the union republic of the Socialist Federal Republic of Yugoslavia (1945–1992), the Federal Republic of Yugoslavia (1992–2003) and Serbia and Montenegro (2003–2006). It is located on the coast of the Adriatic Sea and borders with Serbia, Kosovo, Croatia, Bosnia and Herzegovina and Albania. As a result of the independence referendum held on May 21, 2006, it was declared that the existing federation would be severed with Serbia (Serbia and Montenegro). Ultimately, the Montenegrin parliament proclaimed independence on June 3, 2006. According to the union agreement, Serbia became the successor of the hitherto existing state of Serbia and Montenegro, while Montenegro started the accession processes to international organizations. On June 28, 2006, it was admitted to the United Nations as the 192nd member, and since May 11, 2007, it has been the 47th member state of the Council of Europe. From 17 December 2010, he has the status of a candidate for the European Union. As of June 5, 2017, it is the 29th NATO member state.

The term Crna Gora ("Black Mountain") was used to describe a large part of Montenegro in the 15th century. At the end of the 14th century, it only referred to a small area of ​​the Paštrovići tribe, but was ultimately used for the larger area of ​​the Crnoyevic dynasty in Upper Zeta. This area was called Old Montenegro (Стара Црна Гора / Stara Crna Gora) in the 19th century to distinguish it from the newly acquired Brda areas. Montenegro then increased its size several times until the 20th century as a result of wars with the Ottomans, which led to the annexation of Old Herzegovina and parts of Metochia and southern Sandjak. Later, the borders changed slightly, excluding Metochia and the Bay of Kotor. The names of the Montenegro-type country in most Western European languages ​​come from the Italo-Venetian kalka monte negro (in modern Italian it would be monte nero), which probably dates back to the times of Venetian hegemony in this area in the Middle Ages. Other languages, especially nearby languages, use the direct translation for "black mountain".

The government of Montenegro (Vlad Crne Gore) is composed of the prime minister, deputy prime minister and ministers. The ruling party is rooted in the former communist party, the Democratic Party of Socialists of Montenegro (Demokratska Partija Socialista Crna Gore), which in the late 1990s changed its orientation from pro-Serb to independence. The greatest opposition force is the Movement for Change (Pokret za Promjene), a liberal center-right group formed after the declaration of independence in 2006 from the transformation of the previously existing pro-independence, but at the same time reluctant to post-communist organization of scientists, economists, intellectuals and politicians - Group for Change (Group for for Promjene). There are also national minority parties: Serbian, Albanian and Bosnian, a grouping emerging from the unionist movement opposing Montenegrin independence, and the now marginal (it has one parliamentary seat) Liberal Party of Montenegro (Liberal Party Crne Gore), which is a remnant of the Liberal Union of Montenegro (Liberal Savez). Crne Gore), an anti-communist, pro-independence and anti-Balkan formation founded by a group of dissidents in 1990 and existing until 2005.

The Parliament of Montenegro (Skupština Crne Gore) passes laws, ratifies international agreements, appoints the prime minister, ministers and judges of all courts, approves the budget and performs all other constitutional tasks. Parliament may vote of no confidence in the government by a majority vote