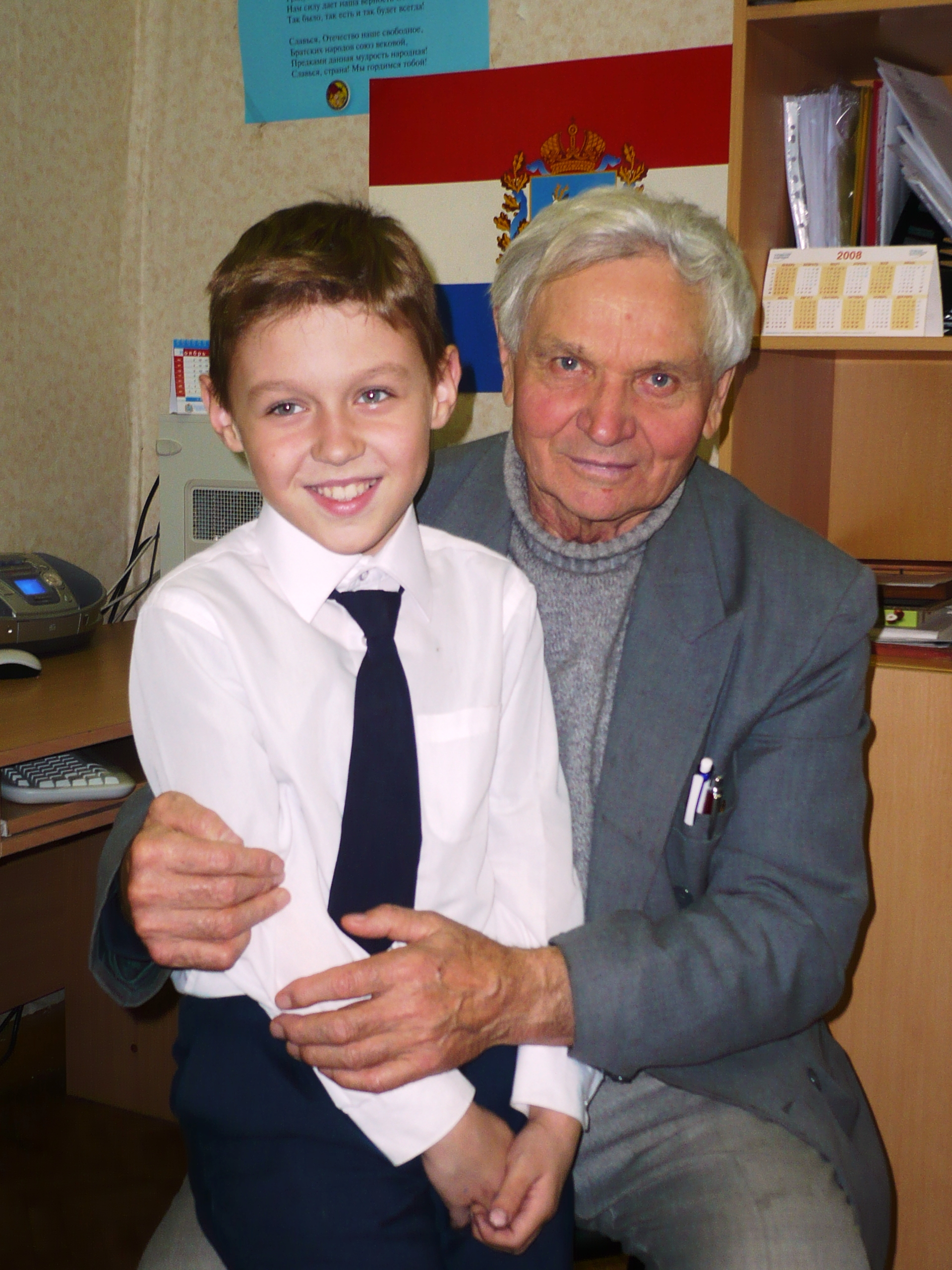 Czisław Żurawlow (Russian: Числав Журавлёв, erzja Числав Журавлёвонь), real name Wiaczesław Grigorjewicz Żurawlow (Russian: Вячеслав Григорьевич Журавлёв; born on April 27, 1935 in the village of Bolshoy Tolka, died on August 18, 2018) - an Erzian writer and poet. He graduated from pedagogical secondary school in Mały Tołkaj, and then worked as a physical education teacher. After his military service, he worked as a weightlifting trainer and radio operator, and also mined gold. In 1967, he moved to Kuybyshev, where he again worked as a physical education teacher and trainer, but also as a sports referee. In 1975 he graduated from the Volgograd Institute of Physical Culture. He began to write poems at school. His first teacher was Vasily Radayev. His first texts were published in Russian in the collections Dien poezii (1977), Raduga (1979) and Wołżskie zori (1981). In 1982, a large part of his poems in the Erzja language appeared in the "Erziań praw" newspaper and the "Siatko" magazine. In the years 1990–2002 he hosted radio broadcasts in the Erzja language. He was one of the first organizers of the Mastorawa regional national and cultural society in Mordvin, and participated in the organization of events aimed at the protection of the Erzia language and Mordvinian culture. He is the author of 15 books in Russian and Erzja, he also translated poems by Finnish and Marian poets. His texts were characterized by the simplicity of communication. The worlds of nature and interpersonal relations were one in his poems. From 1996 he was a member of the Writers' Association of Russia, and in 2009 he became a Meritorious Poet of the Republic of Mordovia. In 1999, he received an award in the competition of the Finnish society named after M.A. Castréna for his contribution to radio journalism of the Finno-Ugric peoples, his broadcast Erziań keleń chi won the first place out of 25 entries. He died on August 18, 2018.