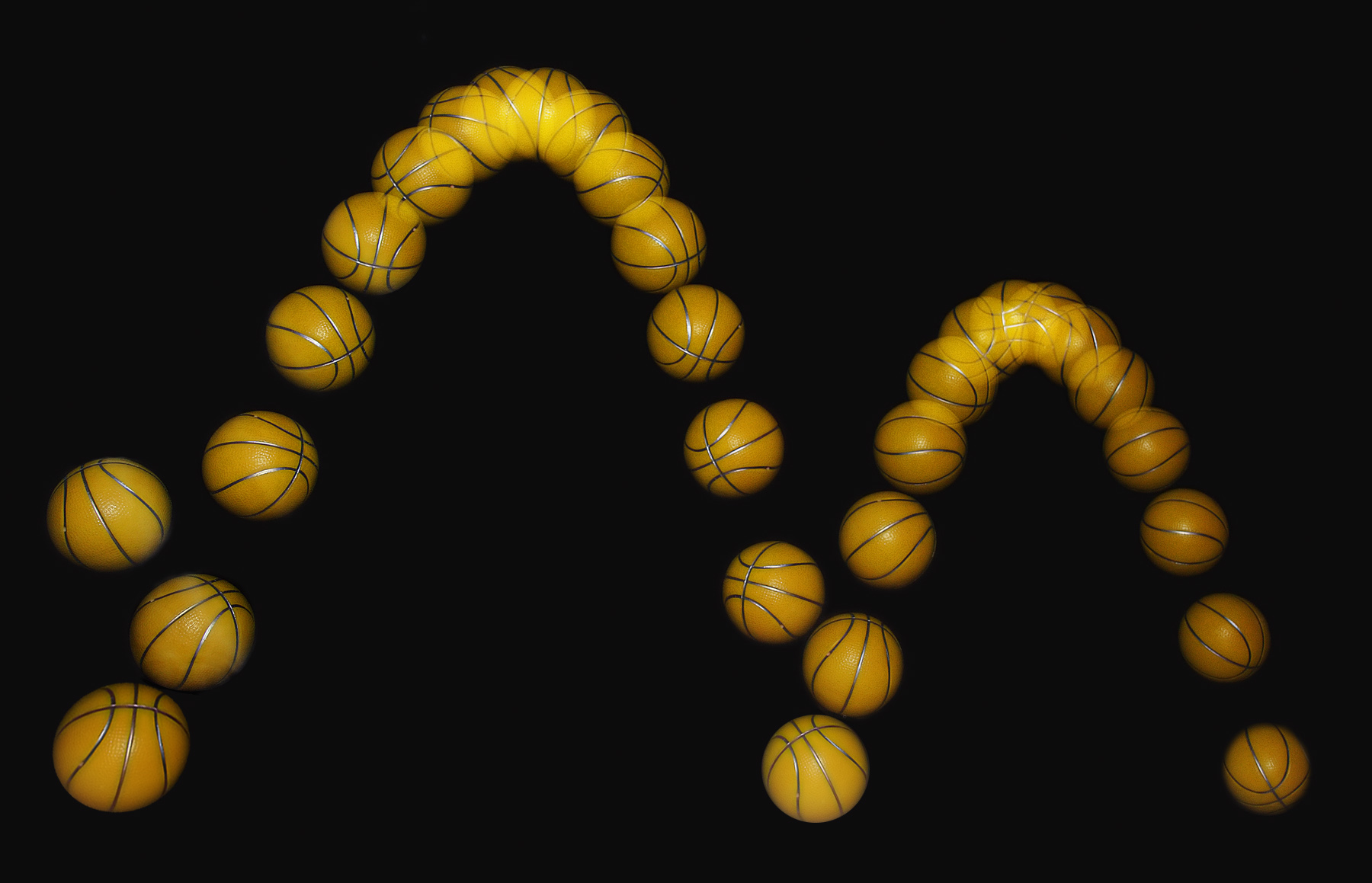 The strobe effect occurs when a moving body is illuminated by flashing light. In the case of a rotating body or movement with a repeating pattern, there is an incorrect sensation of slowing down, stopping or even reversing the direction of movement. It is used on purpose to observe and photograph the movement of fast-moving bodies. Usually, the flashing (quick on and off) is properly synchronized so as to take advantage of the effect of slowing down or even stopping the motion (see the animation on the right). Synchronized flashing is produced by special lamps called strobe lamps. The entire device is called a strobe. The strobe effect is produced, for example, when viewing a rotating shaft or a part of a machine driven by an electric motor in the light of a fluorescent lamp. When a fluorescent lamp flashes 100 times in 1 second and the object we illuminate also works with that frequency, we will not notice any movement. The stroboscopic effect, i.e. the apparent immobility or incorrect impression of the speed of the rotating parts of the machine illuminated by discharge lamps, creates a high risk of accidents. The impression of stillness with flickering light is also often used in the theater - it creates the effect of jumping, for example, of characters. Flashing light creating a strobe effect can also be produced by a special pyrotechnic charge, e.g. layers of low-light mixtures, pressed alternately with layers emitting intense flashes. It is often called a strobe mixture. Stroboscopes are very common elements of disco lighting. The simplest disco strobe can be made at home, using commonly available cheap electronic components. The first strobe in 1832 was constructed by the Austrian mathematician Simon von Stampfer, although in 1815 the concept of such a device was presented by the Englishman William Horner. He also described his own strobe effect mechanism in 1834, known as "Deadeleum" or "Zootrope Horner". The Belgian physicist Joseph Pleteau also developed a similar tool in 1839, called the "Phenakistoscope".