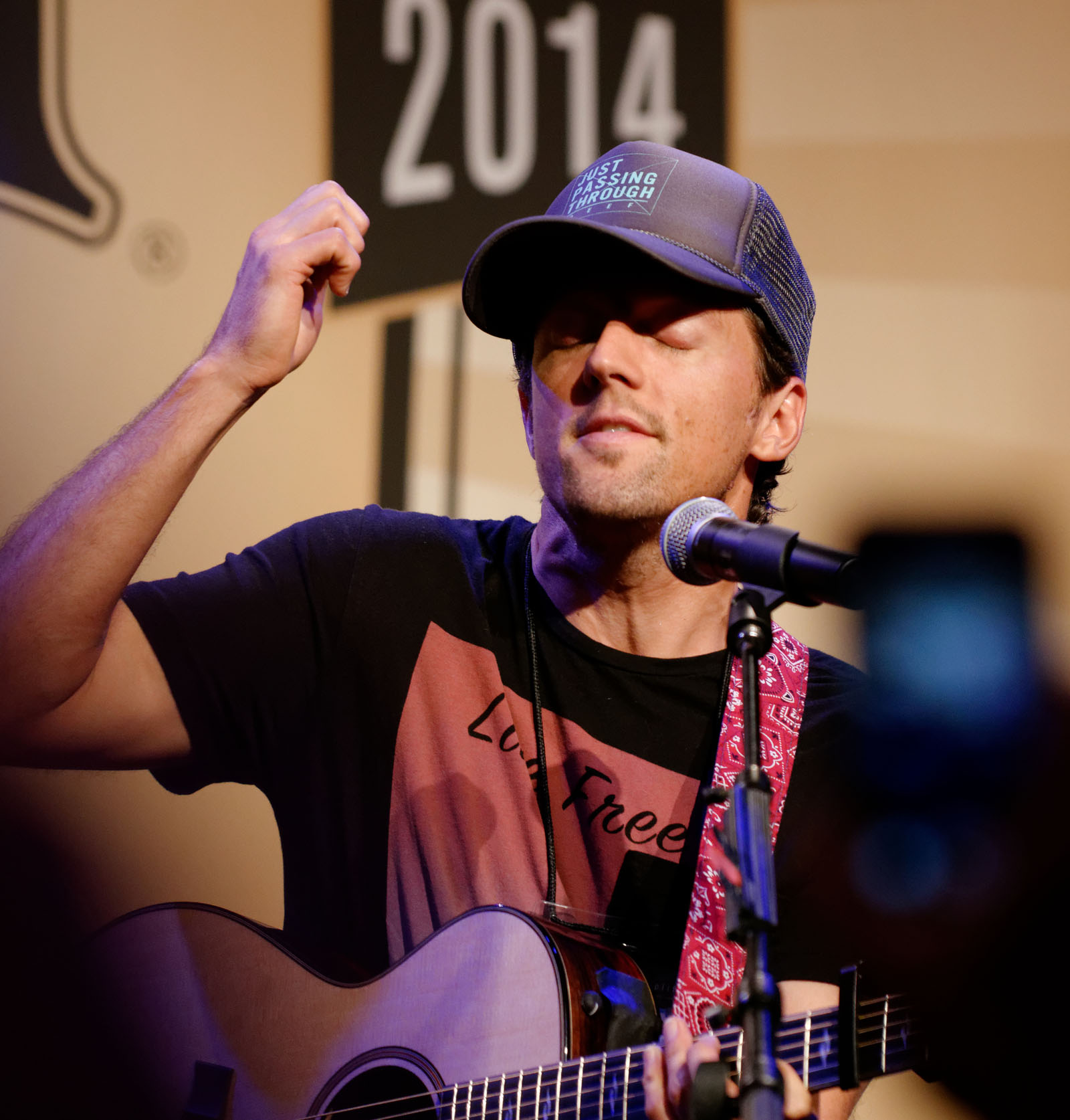 Jason Thomas Mraz (born June 23, 1977 in Mechanicsville) - American singer and songwriter. In 2002 he made his debut with the album Fri. Waiting for My Rocket to Come, which he promoted with the single "The Remedy (I Won't Worry)", ranked fourth on the Billboard Hot 100 list. The artist's greatest hits are the songs "I'm Yours", "I Won't Give Up "And" Have It All ". He has performed with artists such as The Rolling Stones, Bob Dylan, Alanis Morissette, Dave Matthews Band, James Blunt, Gavin DeGraw, Paula Cole, John Popper, Ohio Players, Rachael Yamagata, James Morrison, Jewel, Toca Rivera and Colbie Caillat.

He was born in Mechanicsville in a suburb of Richmond, Virginia. When he was five, his parents split up. He graduated from Lee-Davis High School. After high school, he was an active cheerleader. He attended Longwood University, then moved to San Diego after a short period of study at the American Musical and Dramatic Academy in New York.

After moving, he pursued his musical passion by singing in a cafe where he worked as a waiter. He did not have much expectations with his debut: He started his professional music career in 2002 by signing a contract with Elektra Records. Returning to Virginia, he began working with producer John Alagía on material for his debut album. The album entitled Waiting for My Rocket to Come was released on October 15, 2002, reached number two on the Billboard Heatseekers charts, and was certified platinum in July 2004. The first single from the album, "The Remedy (I Won't Worry)," was written by Mraz in collaboration with the production group The Matrix. Mraz's friend and former roommate, Billy "Bushwall" Galewood, with whom he co-wrote "Curbside Prophet", the third single from the album, and "I´ll Do Anything" also helped work on the album. In June and July 2005 he performed with Alanis Morissette on her Jagged Little Pill Acoustic tour. On July 26, he released his second studio album under the Atlantic Records label. Mr. A-Z, who ranked fifth on the Billboard 200 and earned him a Grammy nomination for "Best Album of the Year." On September 12, he began a long tour, during which he performed with many artists such as Bushwalla and Tristan Prettyman, with whom he composed the duet "Shy That Way" and "All I Want for Christmas Is Us". In November, he performed alongside The Rolling Stones, giving five concerts on their world tour. In the same year, he was one of the singers participating in the fall advertising campaign of the clothing company GAP under the name Favorites. In December, he released the first part of his podcast. In May 2006, during his tour, he performed mostly at music festivals and small towns in the States. He has also performed in Great Britain and Ireland. On May 6, he played an acoustic concert with P.O.D., Better Than Ezra, Live and Presidents of the United States of America. He also appeared as the main character at the annual Fair St. Louis held in Saint Louis, and on July 1, 2006, he played a free concert there at the foot of the Gateway Arch. In December, he released his new album digitally, entitled Selections for Friends, featuring his favorite songs recorded at concerts at the Schubas Tavern and Villa Montalvo during the Songs for Friends Tour. In 2007, he released the single "The Beauty in Ugly", which he recorded for the series Ugly Betty. The song was included on the promotional album Be Ugly in '07 prepared by the ABC media network. He also recorded a Spanish version of the song - "La nueva belleza". On May 13, 2008, he released a studio album entitled We Sing. We Dance. We Steal Things, which he promoted with the single "L