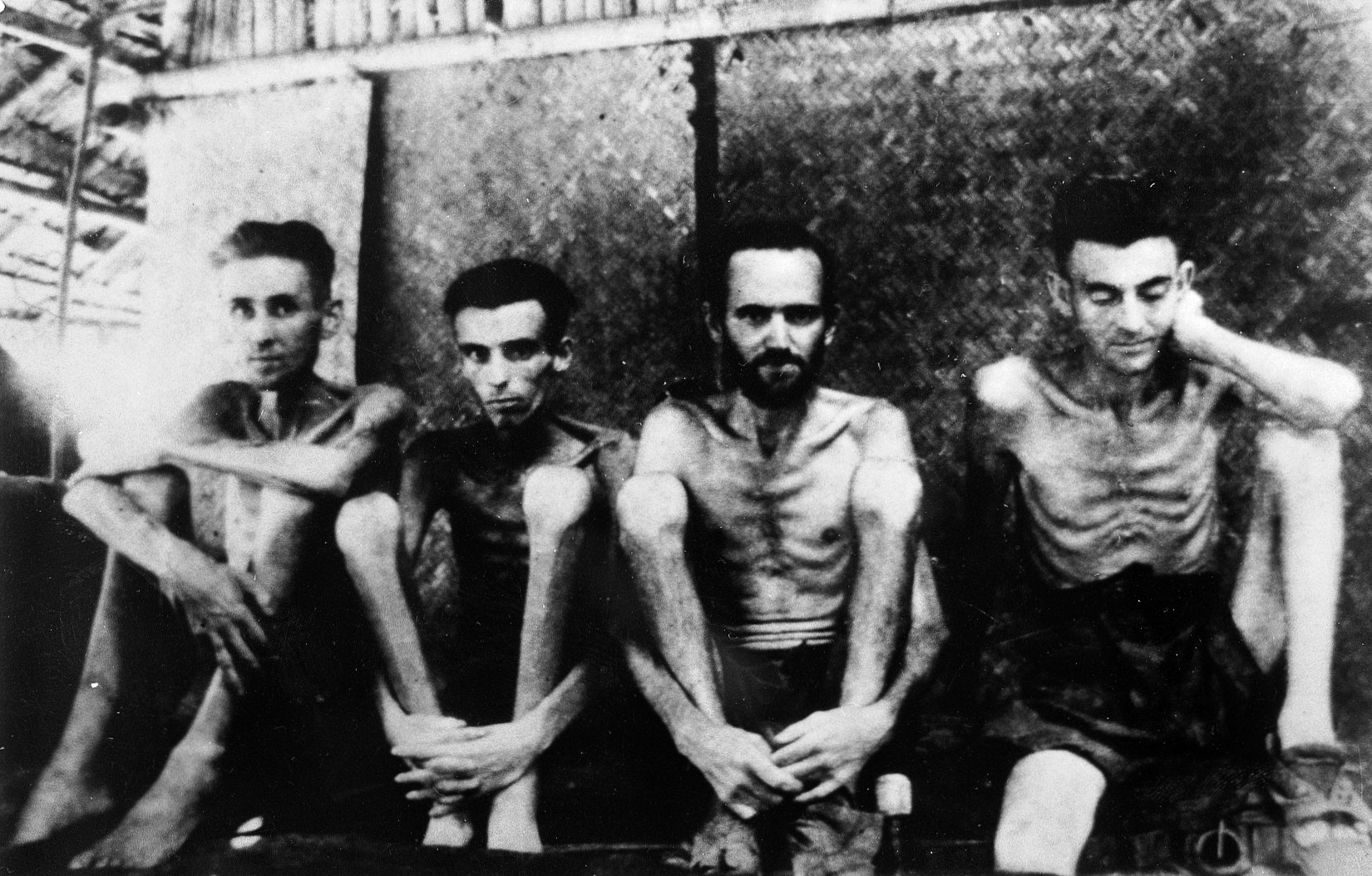 Allied prisoners in Japanese captivity - members of the armed forces of the Allied countries who during World War II, during the struggle in the Far East and Pacific theater of hostilities, were taken prisoner by the armed forces of the Empire of Japan. During the war with China in 1937–1945, the Japanese denied enemy soldiers the status of prisoners of war and murdered them on a massive scale after taking them prisoner, especially during the Nanjing Massacre. In turn, after the attack on Pearl Harbor in December 1941, the Japanese government declared that it would treat American and European prisoners of war in accordance with the provisions of international conventions. In fact, Japanese soldiers and sailors often murdered captured Allied soldiers, in particular airmen. The transport of the prisoners took place in inhumane conditions, especially during the "death marches" on foot and on the decks of the so-called hellish ships. The living and sanitary conditions in POW camps were terrible, hunger and disease were spreading, and prisoners were subjected to brutal treatment, including even pseudo-medical experiments. Allied soldiers were used on a massive scale as slave labor, for example during the construction of the Burmese Railway. In the years 1941–1945, about 320,000 people were held captive by the Japanese. Allied soldiers, including about 140,000 soldiers of European descent. Of the latter, nearly one third did not survive captivity. Japanese POW camps rank among "the most horrible concentration experiences the world has ever known."

Sources of Japanese Attitude to Prisoners of War

The armed conflicts taking place in feudal Japan were usually characterized by cruelty and lack of pity towards the defeated opponent. At the beginning, the wars fought by Japan after the Meiji Restoration were of a slightly different nature. While the Japanese armed forces often very brutally treated the civilians of the conquered lands (Chinese, Koreans), prisoners of war - especially of European origin (Russians, Germans) - were treated correctly, and in some cases even exemplary. At first, the own soldiers, who had been captured by the enemy, were not condemned either. Starting from the second decade of the 20th century, however, the Japanese armed forces began a gradual retreat from the principles and methods of military training borrowed from Europe, combined with a top-down imposed return to "old Japanese values". A key role in shaping the attitudes of soldiers was then played by the reread, or as Yuki Tanaka insists - the "distorted" code of the Bushidō warrior. According to his new interpretation, the most important virtues that should be followed by the emperor's soldiers were: unconditional, even blind obedience, readiness for total sacrifice, striving for victory at any cost. The key importance was attached to the "soldier's spirit", which was accompanied by the neglect of technical and logistical issues. The army generally rejected the idea of ​​a defensive and retreat, even if warranted on military grounds. However, capitulation was absolutely out of the question - the soldiers were expected to fight to the very end, and in the face of imminent defeat, they would commit suicide or die in combat. To die in the service of the emperor was considered the greatest honor, while surrender was a disgrace to both the soldier and his family. Such an understanding of military duty was the cause of huge and often unnecessary losses that Japanese troops suffered during the war in the Pacific. At the same time, it translated into the absolute contempt with which prisoners from enemy armies were treated. Regardless of the surroundings