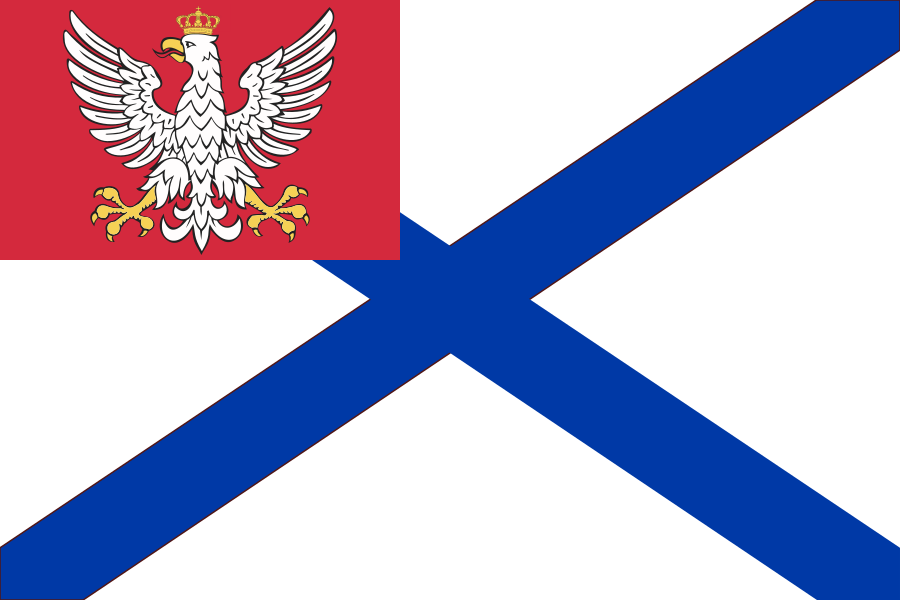 The Kingdom of Poland (Russian: Царство Польское, the Polish Empire), Congress Kingdom, colloquially Kongresówka - a state created by the decision of the Congress of Vienna, connected by a personal union with the Russian Empire in the years 1815-1832 based on the Constitution of the Kingdom of Poland (1815). From 1832 to 1917, the relationship of the Kingdom of Poland with the Russian Empire was regulated by the Organic Statute (1832), although its provisions never entered into force due to the "state of siege" in force from 1833 to 1917. Formally established under the Treaty of Russia-Austria-Prussia of May 3, 1815, in which the powers divided the lands of the Duchy of Warsaw. Article V of this treaty stated that the lands of the Duchy of Warsaw under Russian control were necessarily connected with Russia by its constitution and handed over for eternity to the Most Serene Emperor of All Russia. The division treaty later entered the final act of the decisions of the Congress of Vienna of June 9, 1815. This prompts contemporary historiography to recognize its provisions as the actual cession of the territory of the occupied Duchy of Warsaw, which Polish historians Stefan Kieniewicz and Władysław Zajewski call the 4th partition of Poland, with which Mieczysław Żywczyński disagrees, claiming that the term "partitions" referred to the entire Polish state in borders from 1772, moreover, most often the term IV Partition of Poland refers to the loss of sovereignty in 1939 after the aggression against Poland coordinated between the Third Reich and the USSR. In the years 1815–1832 it had its own constitution, the Seym, army, coin and education with the Royal University of Warsaw, and official activities were carried out in Polish. They connected Poland with Russia - the person of the monarch (each emperor of Russia was at the same time the king of Poland and he performed in the Kingdom under this title) and foreign policy, which was one of the royal prerogatives. The crown of the kingdom was the Polish imperial crown. As a result of the November Uprising, on February 26, 1832, King Nicholas I Romanov abolished the constitution of the Kingdom, replacing it with the Organic Statute, which liquidated the Seym and an independent army, strengthening the relationship of the Kingdom with the Empire while maintaining administrative autonomy, and also restored the office of governor exercising civil and military power. Later, there was a gradual limitation of the autonomy of the Kingdom of Poland, especially after the suppression of the November Uprising in 1831 and the January Uprising in 1864, until the formal abolition of the political and administrative autonomy of this territory in 1867. However, many legal and systemic differences have survived (including the civil code, the village system, the status of the Jewish population, the status of the Polish language), which distinguished the Kingdom of Poland from the Russian Empire. In the years 1832–1918, the Kingdom of Poland was more closely integrated with the Russian Empire (although the Russian emperors had the title of King of Poland and were represented by their governors). It had a gradually limited and then liquidated autonomy; after its liquidation in 1874, the name Kraj Nadwiślański (Russian: Привислинский край) began to be used semi-officially to describe the lands of the kingdom, although the name "Kingdom of Poland" was still in use. In 1912 the Chełm governorate was detached. In the summer of 1915, its territory came under the occupation of Germany and Austria-Hungary, but until 1917 de jure it was part of the Russian Empire. After the provisional government took power in Russia, it became theoretically part of the Russian Republic, and then on November 7, 1917 of the Russian Soviet Federative Socialist Republic. She relinquished her claims to the territory of the former Kingdom under Article 3 of the Treaty of Brest.