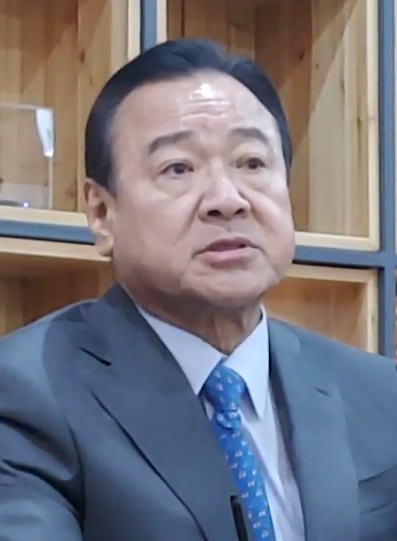 Lee Wan-koo (cor. 이완구, born June 2, 1950 in Cheongyang, died October 14, 2021) - South Korean lawyer and politician, prosecutor; Prime Minister of South Korea from February 16 to April 20, 2015. He was a three-time MP (initially the New Korea parties and Liberal Democrats) and from 2006 governor of South Chungcheong Province. On January 23, 2015, the president of the state Park Geun-hye appointed him as leader of the Saenuri parliamentary faction as the new prime minister in place of Jung Hong-won, but the opposition party, the Alliance of New Politicians for Democracy, protested against this candidacy. Eventually appointed prime minister on February 16, 2015, following a parliamentary vote (148 in favor, 128 against, 5 abstentions). It was the third candidate put forward by President Park - the previous two withdrew in 2014. In his speeches, he promises to support the socio-economic policy of the president, which has a decidedly dominant role in the state. He announced his resignation on April 20 on corruption charges, formally resigning on April 27. His successor as p.o. Choi Kyoung-hwan became the prime minister, and Hwang Kyo-ahn as a full prime minister.