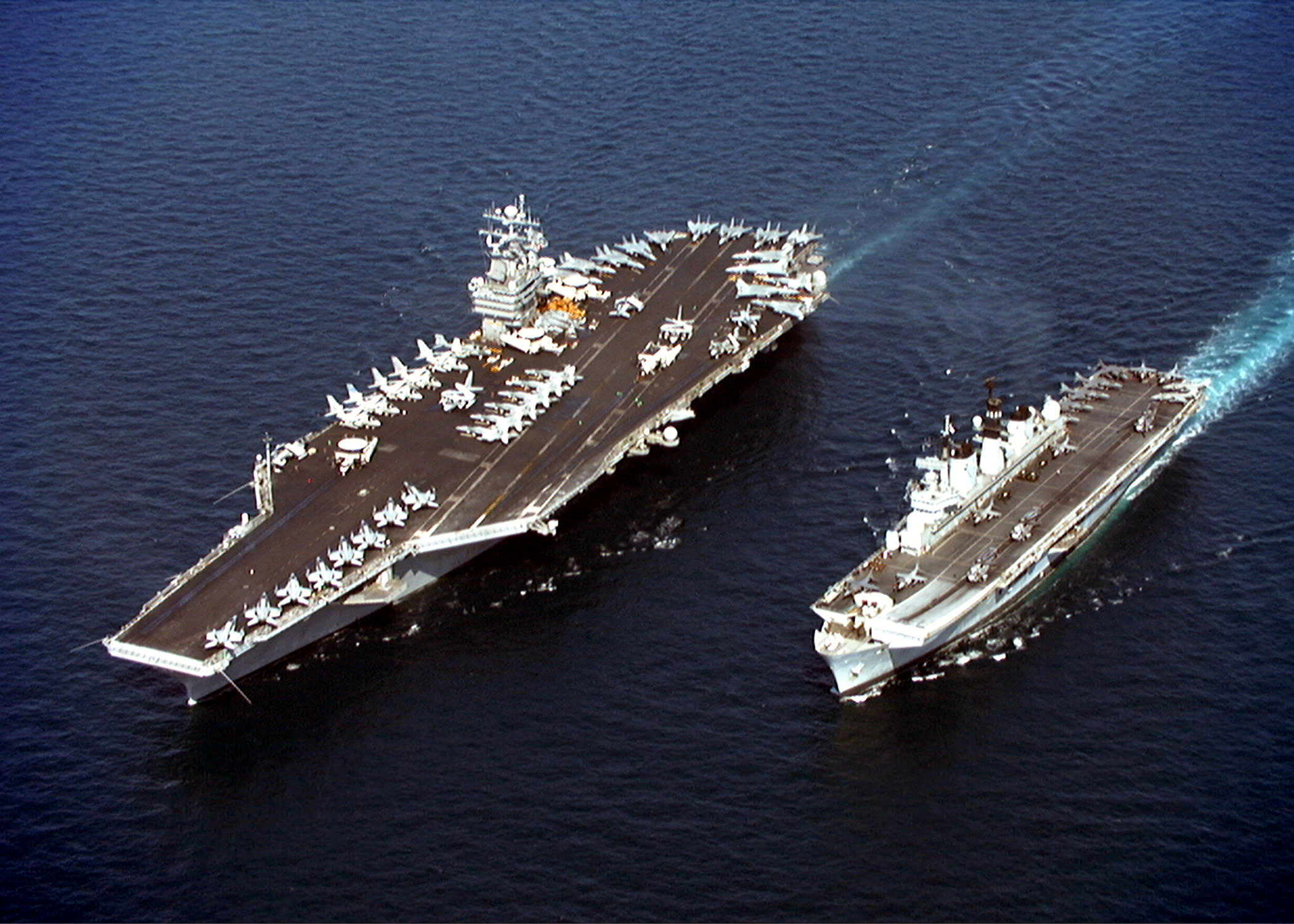 Aircraft carriers - a class of ships whose main task is to conduct combat operations with the use of aircraft based on them and structurally adapted for this purpose (landing deck). The first ships of this class were built at the end of World War I, and then played a major role in the battles of World War II, especially in the Pacific. Currently, only the US has a larger fleet of aircraft carriers, in addition, France, Russia and Brazil have single attack aircraft carriers, and the UK, India, Spain, Italy and Thailand light carriers for V / STOL aircraft. The aircraft carrier moves along with the so-called a strike group consisting of frigates, destroyers, submarines. Such a group is able to conduct hostilities independently over a large area.

The first aircraft carriers were usually built as units rebuilt from other ships - for example cruisers like the British "Furious" or merchant ships like the American "Langley" (CV-1) or the Japanese "Hōshō". The reconstruction consisted mainly in the liquidation of the existing superstructures and armaments and the extension of new rooms and hangars for airplanes, covered with a flat flight deck. While some early aircraft carriers also had fairly strong anti-ship artillery armaments, as a rule, they were limited to anti-aircraft guns only, while airplanes were considered the main force. Initially, the aircraft carriers did not gain recognition and were considered ships, at most, auxiliary to battleships and used for reconnaissance, although in the interwar years the vision of an aircraft carrier-raider fighting against shipping with guns and planes made a significant career. Noteworthy, however, is the first-ever naval operation carried out in July 1918 by the British, who sent from the deck of the still makeshift carrier "Furious" to attack the Imperial Kriegsmarine airship base in Tondern [today in Denmark]. This operation was a great success; destroyed, among others two hangars for airships. The reason for the careful approach to the carrier was the low efficiency of the then aircraft. This state of affairs lasted until the beginning of World War II. The British attack on the Italian fleet base in Taranto and the attack on Pearl Harbor, modeled on it, carried out by the Japanese deck aviation, and then the sinking of two British battleships "Prince of Wales" and "Repulse" by the Japanese air force in the Battle of Kuantan - began to slowly change the situation . Even more impressive was the rapid elimination of three of the four Japanese carriers during the Battle of Midway in June 1942 (all four were sunk, three of which received critical hits in quick succession). The war in the Pacific, due to the great distances, made the plane and carrier to be the main strike force of the fleet. The aircraft carriers and their planes in that area were able to project force far more and over a distance than the battleships and their guns. Battles: the Coral Sea and Midway finally established the primacy of the carrier as the main strike force in the fleet. During World War II, the division into aircraft carriers was the fleet used as the main force and light aircraft carriers - medium size, used to support the main forces (this classification, however, outside the American fleet was not official). The third group were escort aircraft carriers, also known as auxiliary and convoy, American and British fleets specialized in their construction. The basic tasks of this group of ships were escorting convoys and teams of surface ships and fighting submarines. Currently, this division is out of date and a different one functions. According to the current criteria, aircraft carriers are divided into strike