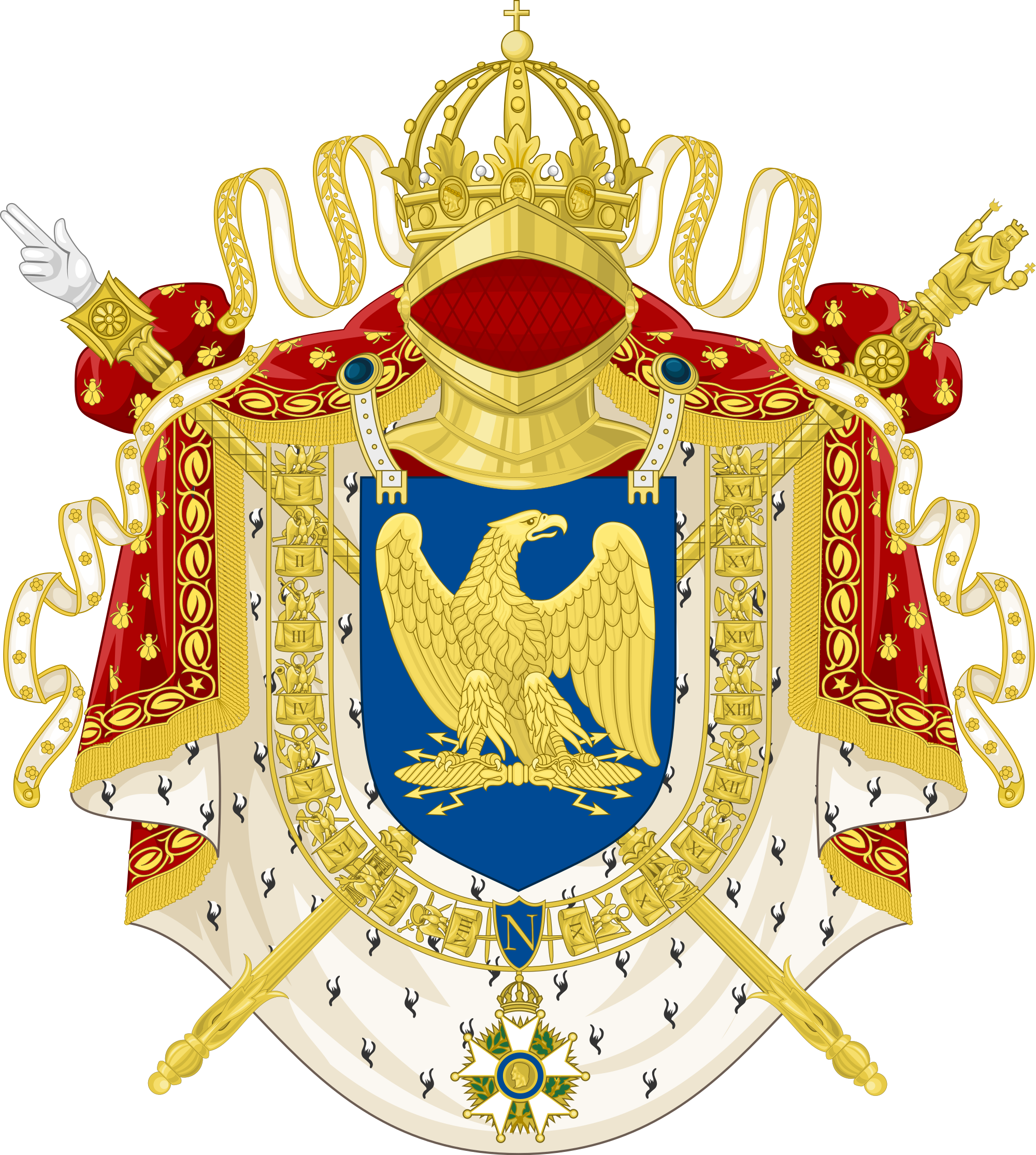 Napoléon Bonaparte (pronounced French [napoleˈɔ̃ bɔnɑˈpaʁt], owner Napoleone Buonaparte, born August 15, 1769 in Ajaccio, Corsica, died May 5, 1821 in Longwood, St. Helena) - French statesman, military commander and political leader , as Napoleon I Emperor of the French and head of the First French Empire in the years 1804–1814 and in 1815, previously the First Consul of the French Republic 1799–1804, President (1802–1805), and then King of Italy (1805–1814), protector of the Rhine Union (1806–1813), and thus the actual head of the Duchy of Warsaw. Considered the greatest military commander in history, as well as one of the most important figures in the history of France and the world. The period of the Napoleonic Wars influenced almost all of Europe.

Youth and the beginning of a military career

He was born Napoleone di Buonaparte in Ajaccio, Corsica, to a noble Italian family. Son of Carl Maria Buonaparte and his wife Letitia. He had numerous siblings: brothers Józef, Ludwik, Lucjan and Hieronim, and three sisters: Karolina Bonaparte-Murat, Paulina Bonaparte-Borghese and Eliza Bonaparte-Baciocchi. On July 21, 1771, he was baptized as a Catholic in the Cathedral of Ajaccio. The Buonaparts lived in their family home, called Maison Bonaparte. In January 1779 he was enrolled in the seminary in Autun, where he learned French. He attended it for three months. The rector of the seminary, Father Chardon, recalled him as being serious and thoughtful. However, he had not learned the correct French pronunciation and spoke with a Corsican accent. Thanks to the protection of the governor of Corsica, on April 23, 1779, he was admitted to the military school in Brienne-le-Château. He was one of fifty royal scholarship holders - for a total of one hundred and ten students. The subjects to be taught include maths, Latin, French, German, history, geography, physics, fortifications, weapons, fencing, dance and music. There he gained a reputation as a loner who preferred learning to the company of better-off colleagues. His favorite pastime was reading books. He often holed up in the library and studied the works of Polybius, Plutarch, Flavius ​​Arrian, and Quintus Rufus. From 1784 he continued his education at l'École Militaire in Paris. After graduating in 1786, with the rank of second lieutenant, he was assigned to the artillery service. After his father's death, at the age of 16, he took care of his brother Ludwik, who from then on lived with him in various barracks and learned from him. After the outbreak of the French Revolution, he did not immediately take her side. He reported to the Corsican insurgents Paoli, but he did not accept him, so he switched to the French side. In April 1791 he was promoted to lieutenant. When Paoli triggered an anti-French uprising in May 1793, the Bonaparte family had to flee the island.

In July 1793, Bonaparte published a pro-republican pamphlet called Le souper de Beaucaire (Dinner in Beaucaire), which he won the support of Augustine Robespierre, younger brother of the revolution leader Maximilian Robespierre. With the help of his Corsican friend Antoine Christophe Saliceti, Bonaparte was sworn in as artillery captain of the revolutionary forces during the siege of Toulon. He adapted a plan to fill a hill near the city with artillery in order to reach the city's waterfront and force the retreat of the English who defended the city from the sea. The attack from this position made it possible to take the city, but during the attack Napoleon was wounded in the thigh. Thanks to this success, he was appointed Brigadier General at the age of only 24. Being noticed by the Public Salvation Committee, he was assigned to the artillery forces of the Italian Army. Napoleon, waiting for confirmation of his apparitions with Arm