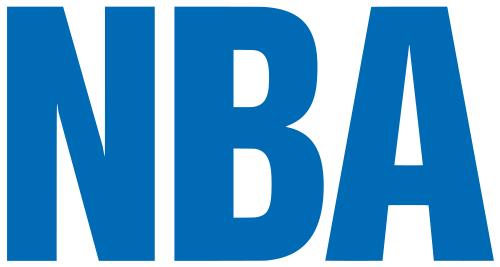 National Basketball Association (abbreviation NBA) - American-Canadian basketball league of a professional nature. It is made up of 30 bands, including 29 from the United States and one from Canada. The League is an active member of USA Basketball, the United States division of the Fédération Internationale de Basketball. Adam Silver has been its commissioner since February 1, 2014. The NBA is one of North America's four largest professional sports leagues (in addition to the NFL, NHL and MLB). NBA players are the world's highest-paid athletes (in average annual earnings). The league was founded in New York on June 6, 1946 as the Basketball Association of America, and was renamed the National Basketball Association in the fall of 1949 after merging with the rival National Basketball League. The seat of the league's authorities, from where all NBA-related movements are made, is on Fifth Avenue 645 in New York. NBA Entertainment and NBA TV studios are located in nearby Secaucus, NJ.

The Basketball Association of America was founded in 1946 by the owners of the largest hockey arenas in the Northeast and Midwestern United States and Canada. On November 1, 1946, in Toronto, Canada, the Toronto Huskies faced the New York Knickerbockers at Maple Leaf Gardens in what is considered the first ever NBA game. While the American Basketball League and the NBL already existed at the time, the BAA was the first professional basketball league to intend to play its games primarily in big cities. During the first years of existence, the level of play in BAA did not differ from that of competing leagues or independent teams such as Harlem Globetrotters. For example, the 1948 ABL finalist the Baltimore Bullets moved to the BAA and won the BAA title that same year, and the 1948 NBL champions the Minneapolis Lakers won the BAA Championship in 1949. On August 3, 1949, BAA officials agreed to a merger with the NBL, creating a new league called the National Basketball Association. The new league had 17 teams, located in a mixture of small and large cities, and playing their matches in large arenas as well as municipal gymnasiums. In 1950, the NBA was reduced to eleven teams, a process that continued until the 1953-54 season, when the league reached its smallest size ever with nine teams. All of them were located in major cities (New York Knicks, Boston Celtics, Golden State Warriors (San Francisco), Los Angeles Lakers, Sacramento Royals / Kings, Detroit Pistons, Atlanta Hawks, and Philadelphia Nationals / 76ers). The process of downgrading the league was to take concessions from small towns and move them to big ones. The Hawks were transferred to Atlanta from the Tri-Cities (an area known to the Quad Cities), in 1951 to Milwaukee, and four years later to Saint Louis, Missouri; The Royals of Rochester, through New York to Cincinnati (in 1957); and the Pistons of Fort Wayne, via Indiana to Detroit (in 1957). Japanese-American Wataru Misaka broke the NBA ethnic barrier while playing for the New York Knicks in 1947/48. This year also saw the addition of the first African American players by several teams, Chuck Cooper by the Celtics, Nathaniel "Sweetwater" Clifton by the Knicks, and Earl Lloyd by the Washington Capitols. During this period, led by George Mikan's centers, the Minneapolis Lakers won five NBA championships, becoming the League's First Dynasty. To encourage teams to throw, and to discourage long-haul action, league officials introduced in 1954 a timer that limited action building to 24 seconds. If the team has missed the shot during that time, or the ball has not touched the basket, the clock will be restar